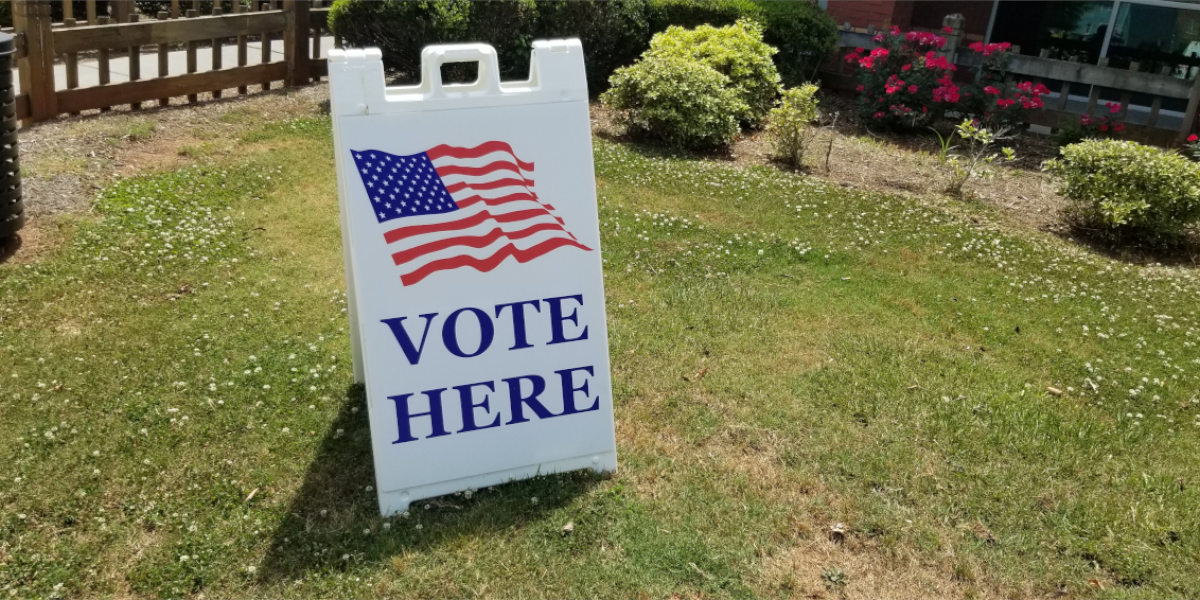 Democratic groups are urging Georgians to vote in person for the December 6 runoff if possible.

Common Cause Georgia had a similar message in a letter to its supporters, citing an incident in Cobb County where more than a thousand requested mail-in ballots were never mailed.

“Common Cause Georgia suggests voters plan to cast ballots in person after discovering multiple issues with absentee ballots going to voters in a timely manner during the year’s primary and general election, in addition to anti-voter laws that after the 2020 elections were passed that reduced the number of ballot boxes.”

Among other changes, the revision to Georgia’s 2021 election, Senate Bill 202, shortened the duration of the runoff and reduced the time it takes voters to vote by mail. Mail ballot applications will be accepted until November 28th.

Critics like New Georgia Project political director Stephanie Jackson Ali say SB 202 was a reaction to young voters and voters of color in 2020 and will make voting more complicated this time.

“That shortened window, coupled with the fact that mail-in voting with the wet signature is more complicated now, the fact that there were delays in 2020 — because if you’re in Southwest Georgia your mail is routed through Florida, so that’s adding to the week anyway , just your normal everyday mail, let alone election mail,” she said. “All of these things were known facts and SB 202 decided to add in addition a shortened timeframe, wet signature requirements on the application itself, additional ID requirements in the ballot itself, which will confuse people, all of it will add up where, especially our out-of-state students and our traveling families, are very likely to silence their voices in this cycle.

The coming rush of Christmas cards and packages could make the situation worse, Ali said.

“In some counties, we’re literally talking about the paper that the ballots are printed on has been delayed because many of them use the same print shop. There’s just so many administrative things that have slowed it down. And then we know we’re about to hit Black Friday, which will slow down the USPS. Even in the regular 45-day window that someone can order their absentee ballot, pick it up from the county, and mail it back, we keep encountering people who just can’t get it.”

According to the United States Election Project, more than 234,000 Georgians early voted by mail in the 2022 general election, accounting for about 9.3% of all early votes.

Secretary of State Brad Raffensperger’s office did not respond to a request for comment on this story.

Statewide early voting is scheduled to begin Nov. 28 and run through Dec. 2, though several counties have already begun accepting ballots. Some counties are expected to offer early voting on Saturday, November 26. Voters should contact their county registry office for details on times and locations.

Under state law, any voter who is 75 years of age or older, or who has a disability and needs assistance voting can jump to the front of the voting line.