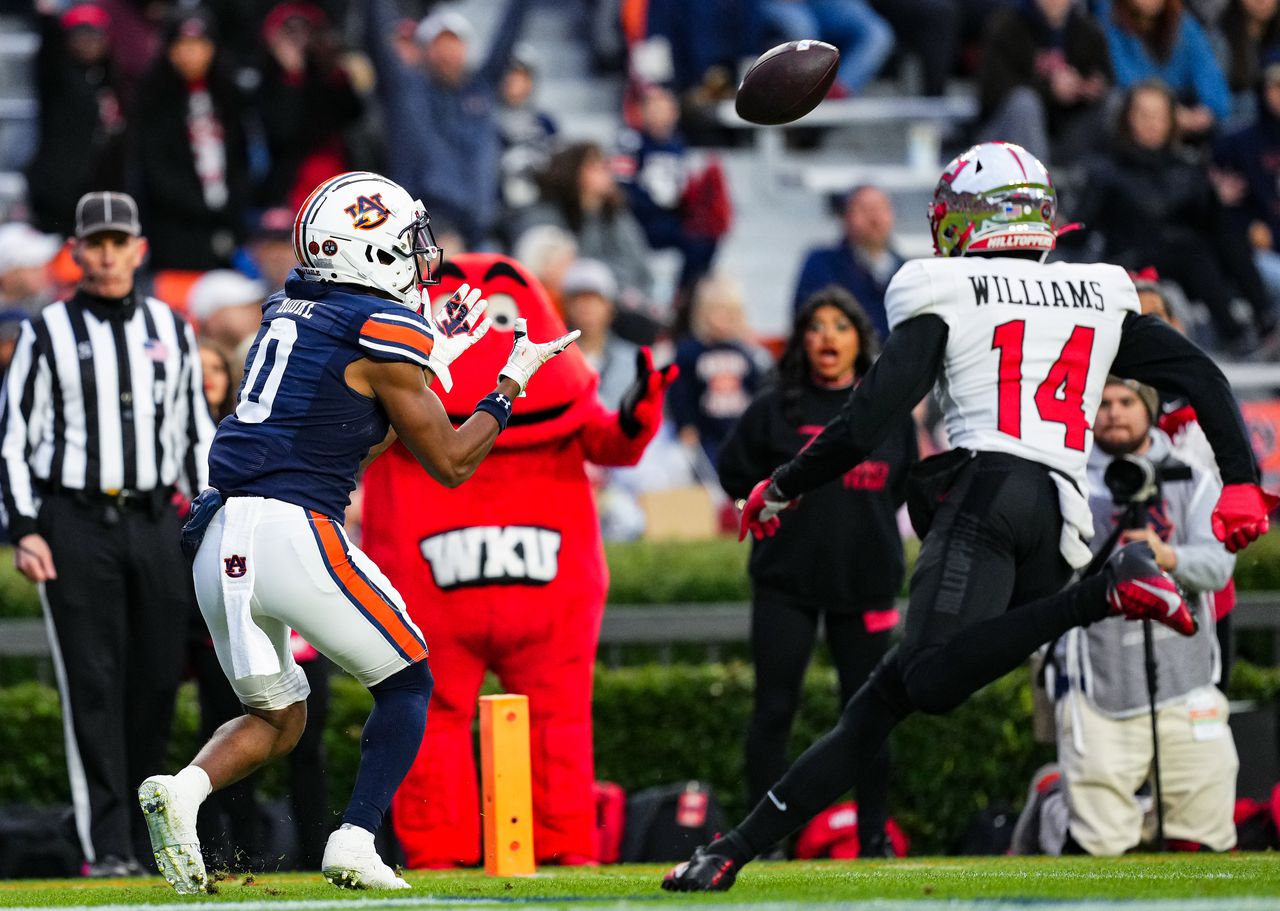 Cadillac Williams crashed an offensive meeting at Auburn’s track complex on Monday when offensive coordinator Will Friend devised something clever to add to the game plan for the Tigers’ final home game.

It was a halfback pass designed after a throw to the right, with the #1 option being the Z-receiver on a corner route. As Friend led Auburn’s offense through game design, Williams stopped him for a moment.

Williams knew this piece. He knew it well.

Of course friend knew. He was on the other side 18 years ago when Williams played that exact game in Auburn’s 2004 win over Georgia. Before Friend continued the offense through the game, he and Williams decided they needed to show the players exactly what they had in mind with that call.

“It’s going to work,” Friend told players. “We have evidence because your coach did it.”

Friend announced the highlight from the 2004 episode of The Deep South’s Oldest Rivalry. It was midway through the second quarter when Auburn dialed the call against Georgia. Jason Campbell took the snap and threw it right to Williams, and the All-America running back followed up with a 29-yard shot at Anthony Mix. Landing, Auburn.

Saturday at Jordan Hare Stadium was déjà vu in that regard. Midway through the second quarter of Auburn’s 41-17 win over Western Kentucky, Friend and offensive coordinator Ike Hilliard chose the halfback pass. Robby Ashford took the snap, threw it right to Jarquez Hunter, and the second running back threw it down to Koy Moore. Landing, Auburn.

“I thought he did it, I have to do it too,” Hunter said. “I just need to make mine better.”

Hunters might not have been better per se, and the circumstances were certainly different – Williams’ touchdown pass to Mix was in a top 10 encounter during an unbeaten season; Hunter’s touchdown pass to Moore was against a C-USA opponent during a season in which Auburn is struggling for bowl eligibility. Apart from that, the similarities were striking.

Williams’ touchdown was a 29-yarder. Hunters was 20 yards away.

Williams’ touchdown came with 5:11 left in the first half against Georgia. Hunter’s came up 7:21 by halftime against WKU.

Williams threw his into the northeast corner of Jordan-Hare Stadium. So does Hunter.

Williams’ touchdown pass gave Auburn a 14-point lead over Georgia. Hunter’s put the Tigers 14 ahead against the Hilltoppers.

Not only were Friend, Williams and the rest of the offensive staff confident that they could successfully run the game against WKU, but Williams guaranteed Hunter—somewhat prophetically—that it would result in a touchdown.

“That was his game from 2004,” said offensive tackle Kilian Zierer. “We watched it and knew this week was going to be a good game. It was.”

Tom Green is an Auburn beat reporter for the Alabama Media Group. Follow him on Twitter @Tomas_Verde.