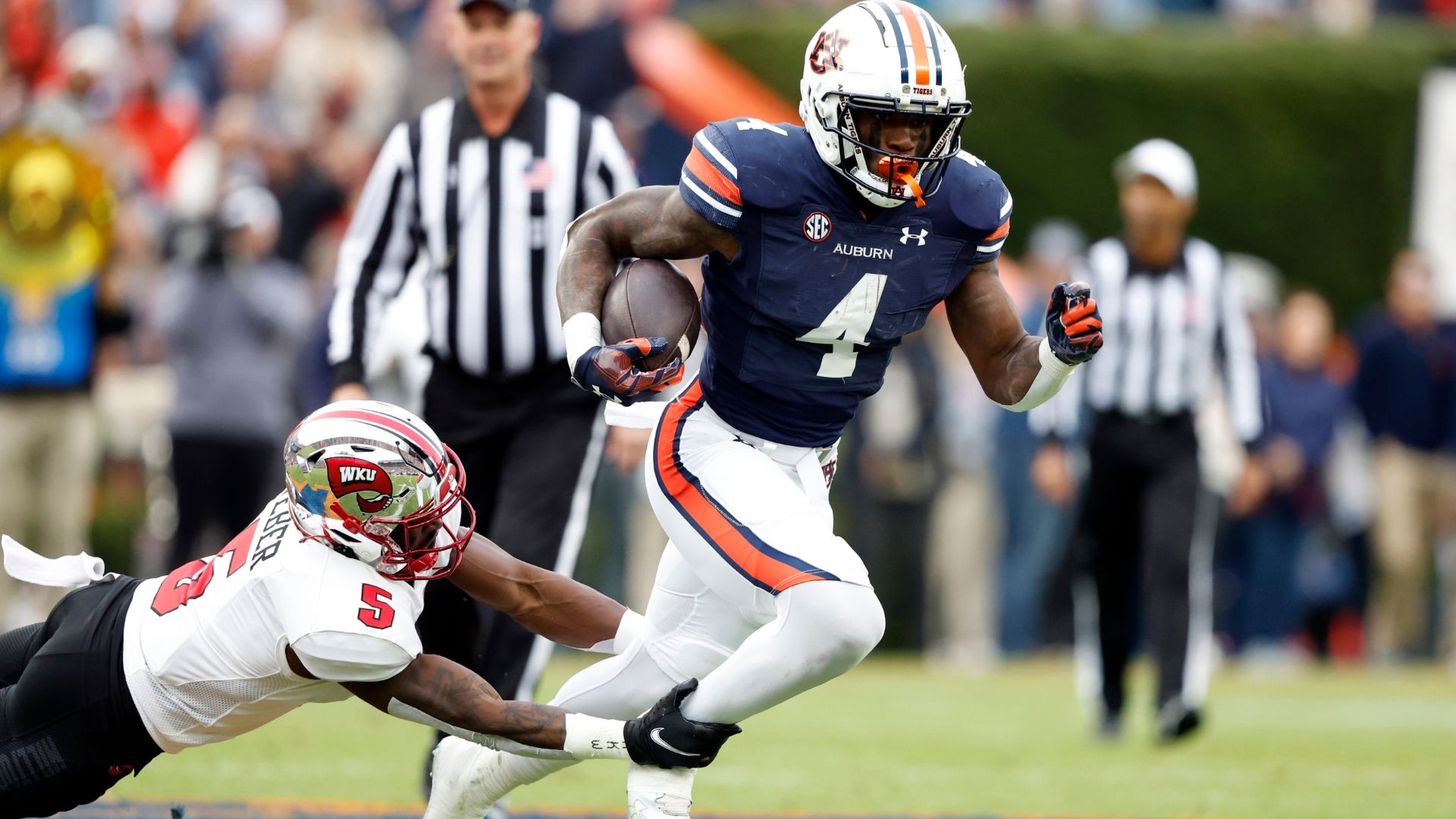 After Western Kentucky had 290 yards and 17 points in the first half, Auburn’s defense held the passing Hilltoppers for 105 yards and allowed zero points after halftime.

“That was special,” said Auburn defense tackle Colby Wooden. “That’s a way to go out at Jordan-Hare (Stadium) – to keep them without points in the second half. That’s crazy.”

Bigsby and Hunter both hit long rushing touchdowns, and DJ James returned an interception 25 yards to add 24 unanswered points for the Tigers in the second half.

“They had every reason to fold, every excuse,” Williams said of his team. “You have been through a difficult time. But, man, they want more. You have given me so much confidence to do this job.”

Western Kentucky (7-5, 5-2 Conference USA), which has won four games against SEC opponents since 2012, was unable to carry a strong second offensive quarter into the second half.

Hilltoppers quarterback Austin Reed had 290 passing yards, two touchdowns and two interceptions in the loss. Malachi Corley had 99 yards on 12 receptions while Joshua Simon caught both of Reed’s touchdown passes.

“There were a lot of good things out there, but we faltered and had a lot of third-and-longs,” said Western Kentucky coach Tyson Helton. “And (Auburn) just played really good defense.”

Western Kentucky: The Hilltoppers, who secured their fourth consecutive Bowl qualifier under Helton, showed how difficult it can be to deal with their fast offense. Western Kentucky will no doubt look back on missing several early drives as they tied against Auburn through the fourth quarter.

Maroon: The Tigers struggled in the second half earlier this season under Bryan Harsin, but now they’ve played well in all three games under Williams after halftime. While Auburn has had little to play lately — apart from an outside shot to make a bowl game — there has been a noticeable shift in the team’s energy since the coaching change.

A BLAST FROM THE PAST

Hunter’s first touchdown of the game was a passing instead of a rush. Midway through the second quarter, Auburn called on the same trick play — a halfback throw pass to the right side of the field — that Williams ran as a player for a touchdown pass in a 2004 win over Georgia.

Hunter, who said he played a quarterback in high school, took quarterback Robby Ashford’s toss and threw a 20-yard touchdown pass to Koy Moore that gave Auburn a 17-3 lead.

“We threw in some old Auburn pieces from 2004,” Williams said. “I said to Jarquez, ‘Hey, that halfback pass, it’s going to be a touchdown now.'”

After struggling to build a consistent rushing attack in the first half, Auburn was averaging 7.9 yards per carry after the half.

“We punched them in the mouth,” Hunter said. “In the second half we tried to go out there and dominate them.”

Auburn has now rushed for more than 250 yards in all three games under Williams. It’s the first time the Tigers have reached that mark in three straight games since the 2016 season.

Auburn visits Alabama on Saturday No. 8.