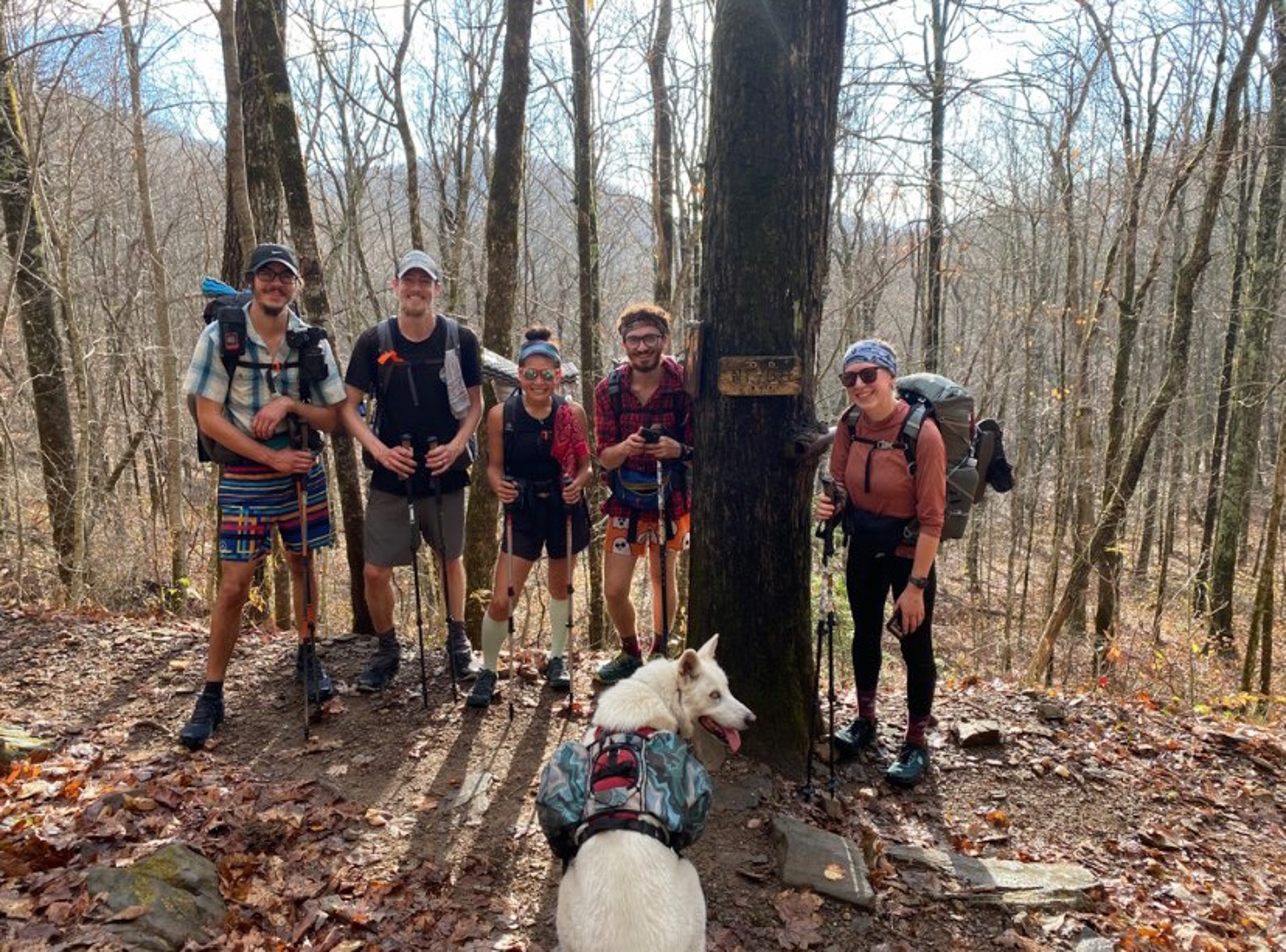 A storm blew up just in time for my departure from Franklin, NC. It wouldn’t be the AT without a few rainy days during my final week on the trail. Luckily, my reduced pace allowed me to dodge the weather a lot. A few hiking days later I was at the Around the Bend Hostel. I wrote most of this post on trail… but my WordPress app let me down and I had to rewrite this entire post. Sorry if details are lacking, my motivation to redo all this work was low. During this section, I ran into some familiar faces and stumbled upon a trail-famous trail angel. Needless to say, both my heart and stomach were full! 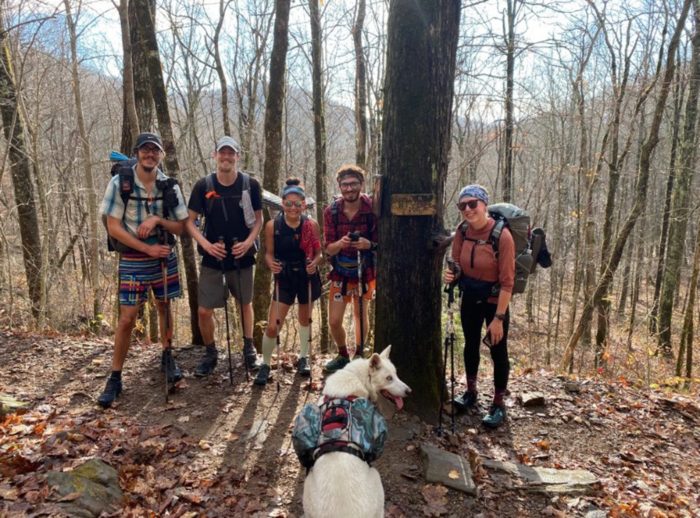 We made it to GA! 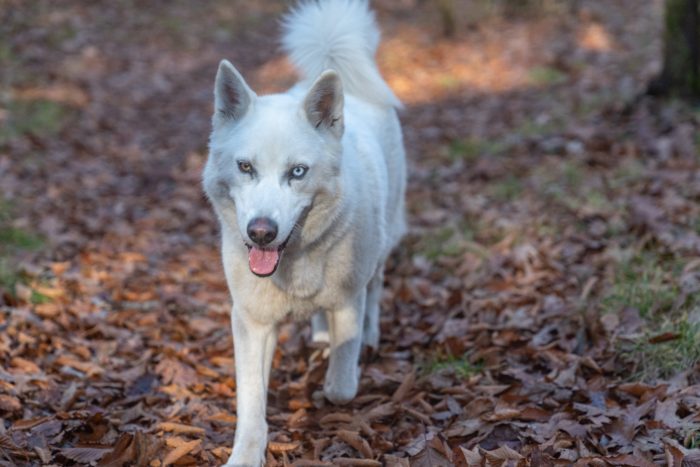 Do you remember FrankE?

I woke up at the motel just after 7:30 am. It was dark and gloomy outside. A light drizzle hit us as we headed into the Kountry Kitchen for a southern breakfast. After that we packed up and headed back to the outfitter for a few last minute items and our shuttle back to the trailhead. I’m not going to say too much about the shuttle, but if Zen ever offers you a ride…I wouldn’t take it unless you like a glassy-eyed person driving at over 80 mph and then picking up a ” Donation” asks when the time comes should be free. 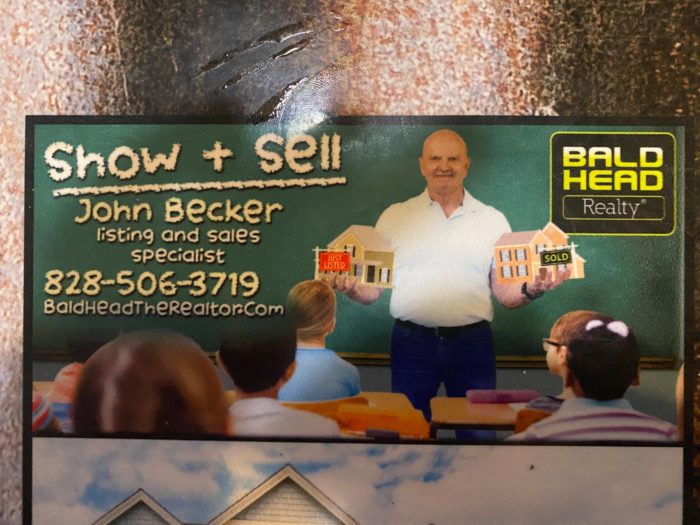 One of the many funny displays in the Kountry Kitchen.

At 11 o’clock I was on my way again. The forecast said it was going to rain lightly all day, so I was in no hurry to get anywhere. I hiked Dirty for a while and stopped for a quick lunch at a shelter after about 8 miles a day. When we set off again, it was clear that the weather forecast was wrong. Some big dark clouds were moving in fast. Then the rain started. It absolutely blew us away. It was one of those storms where no amount of rain gear can keep you dry. We hurried through the swampy path until we came to the Carter Gap Shelter. I was so happy to see a roof and get out of the rain. Unfortunately, 5 people were already set up in the small shelter. The nearest shelter was a few miles away, too many to walk to justify. As I pitched my tent, the rain was slowly easing. I put on my dry clothes and crawled into my sleeping bag. I hardly moved for the rest of the evening… at least I slept well.

Heavy rain started again early in the morning and lasted until around 9 a.m. I was in no hurry to go. We were planning to meet up with an old friend at a nearby animal shelter, a short day of hiking! At first I was confused by how bright it was at 7am. Then I realized that Daylight Saving Time had turned the clocks back an hour! Finally, I packed up my wet gear and made my way down. I didn’t stop hiking the entire 12 miles. It had no sense. My legs were well rested and the whole forest was full of fog. I soon found myself at the Muskrat Creek Shelter. Dirty was there for lunch, I joined him and started unpacking my wet gear.

The afternoon looked much nicer. A bit of sun even peeked through the clouds. About 15 minutes later I heard a familiar voice. Mountain Goat and FrankE soon appeared on the trail leading to the shelter. With MG2 came a new four-legged friend, Bjorne. 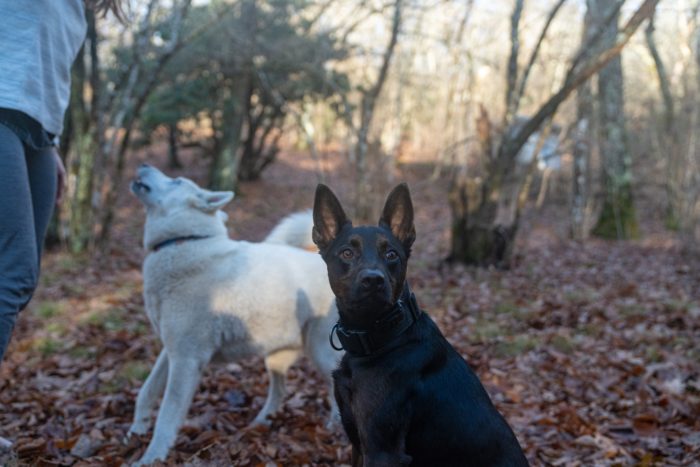 I spent the rest of the night at the shelter. Ducky & Gravy also showed up later that afternoon. A few familiar faces stopped by just before dinner. Stretch and Lotus had caught up with us. They decided to stay at the shelter too. We talked for hours and enjoyed the cool temperatures that evening.

We all got up with the sun, much earlier now with the time change. A group of us hiked the first few kilometers together. I hadn’t mentioned it but we had camped just 3 miles from the GA border. We were all excited to reach our final state. Our feet and mouths moved quickly in anticipation of the sign we had been waiting months for. Finally we were in Georgia!! 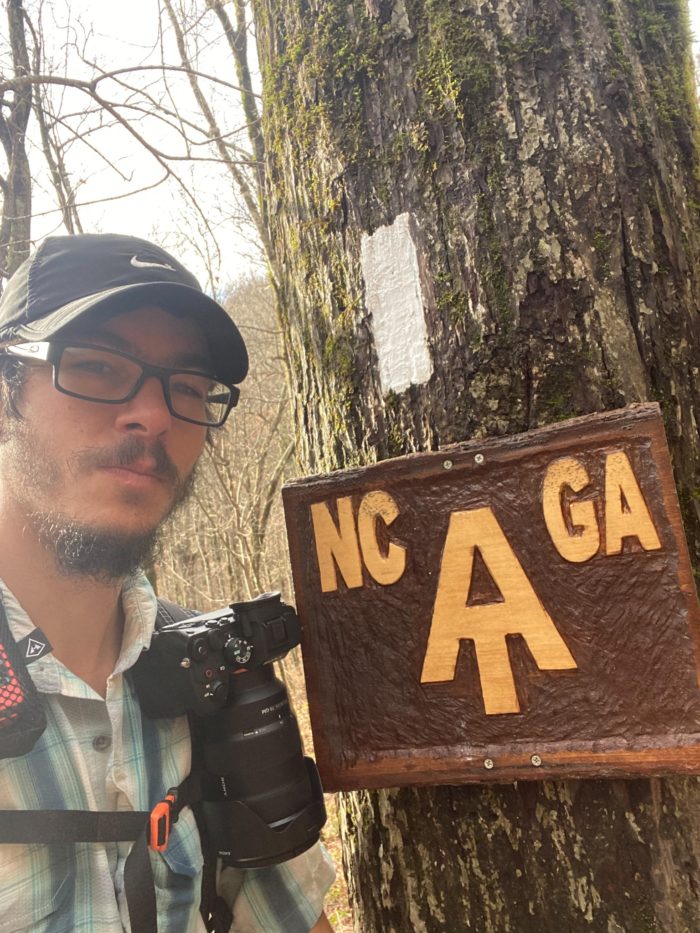 One last strict look for GA!

It was a great feeling to be in the final state. Less than 80 miles to go and my body felt surprisingly good. After the sign, the group split up. I started hiking alone. I found myself having lunch at a small spring. It was a peaceful and relaxing place to take a break. I rested for over an hour until Ducky & Gravy stopped at the same spot for some water. They were drenched in sweat, I had no idea how hot it had gotten during my break. When I started hiking again, I too was sweating from all my downpours. This made the climbs in the afternoon much more difficult. I think it’s my fault as I wished for warmth during the rain the previous day!

I made it to my campsite before 2pm. Addis Gap had several large flat spots for tents, the only downside was the miles of walk to the water. I made sure to fill up all my bottles, I only wanted to do this trip once. I killed the afternoon hours with a cup of coffee and blogging. It was a lazy afternoon, but I found it necessary this time. I’ve noticed that many hikers choose to rush the end of their hike. They pull huge mileage days just to get done. I didn’t want to be one of those people. I learned to enjoy the feeling of a “lazy” afternoon. After all, I still hiked 17 miles that day.

I took a nice poop in the morning as the sun rose through the trees. It’s such bowel movements that make me wonder why we ever moved our bathrooms indoors. I walked down the path and felt lighter. There were a few mountains to cross before we reached Unicoi Gap where we had scheduled a shuttle to a nearby hostel. I got to the top of the main climb and there were indeed some views but my camera wasn’t impressed. Fog still covered the inside of my lens. I snapped a few pictures with my phone and moved on. 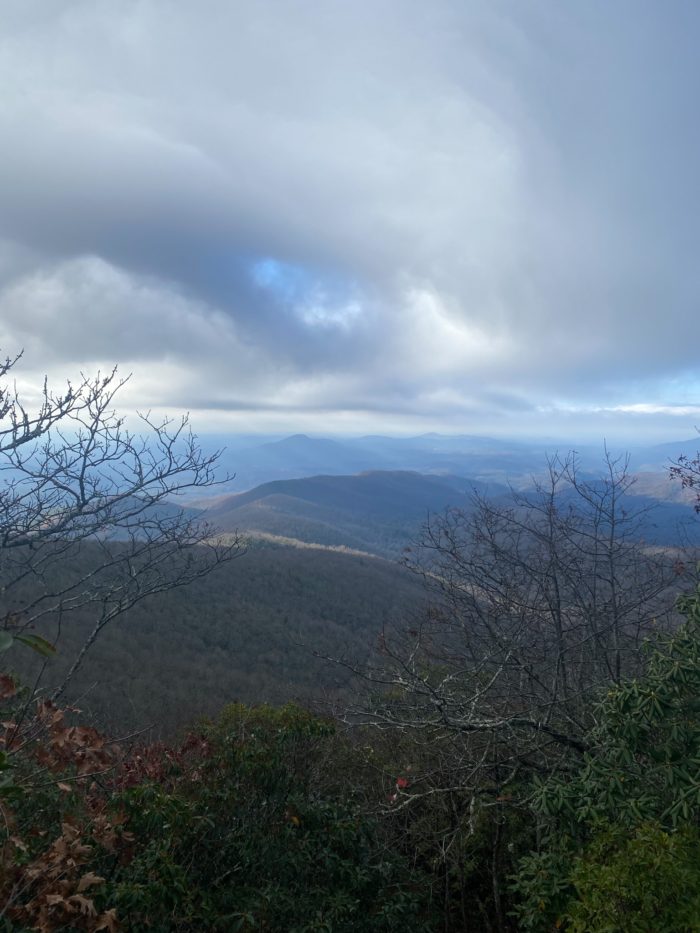 At the foot of the mountain was Unicoi Gap. As I started the descent of a few kilometers, my left knee had a strange pain. It’s normal to experience strange pains like this while hiking. The question is whether they stay or are gone the next day. Just as I was coming down to the parking lot, I saw a white van pulling something up. I thought maybe it could be some trail magic, but it was way better than that. Fresh Grounds was waiting downstairs, in the process of cooking some food. He’s a famous trail angel and drives up and down the trail in his van. He cooks daily for hungry hikers. I had waited my entire hike to see him! He would end up cooking me 5 amazing meals over the next 2 days. First was this lunch which included burgers (yes, several) and fries! 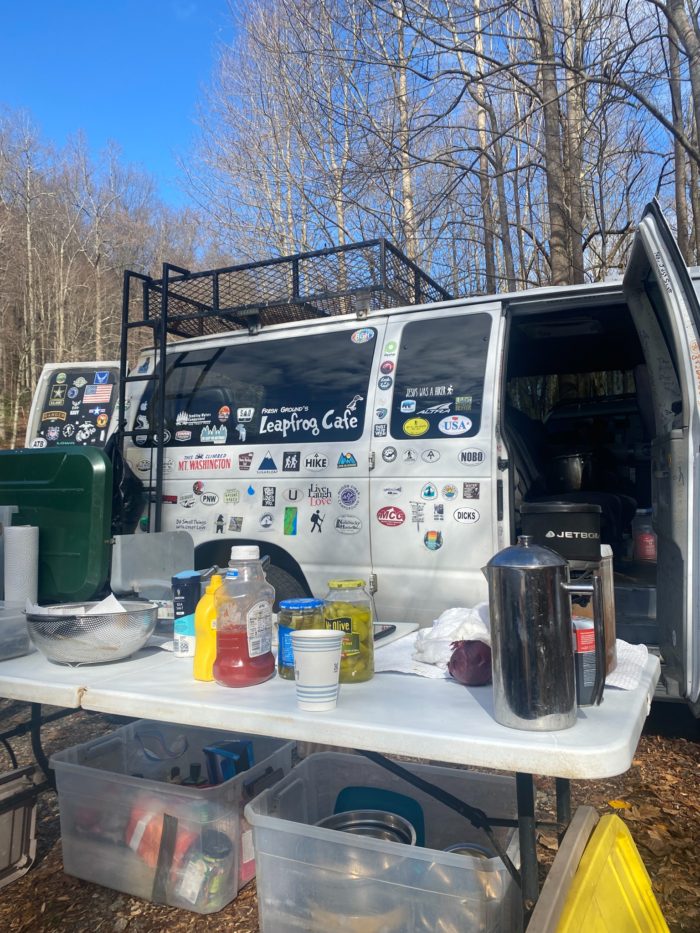 After stuffing my face with food, I took a shuttle back to the hostel. It was a very nice place and the hosts, Gordon and Lisa, were fantastic. I refilled, cleaned up and did laundry. Gordon offered a free slackpack for the next day if I stayed one more night. Slackpacking is when a backpacker carries a lighter load than normal, usually just a day’s worth of food and water. I was able to leave my tent, sleeping bag, sleeping pad, cooking system, extra clothes and a few other things at the hostel while I hiked. Up to this point I had carried my backpack all the way (except for Katadhin) but Around the Bend and it’s owners were too good to refuse!

Fresh Grounds came to the hostel and cooked dinner for everyone. He made a Cajun jambalaya with spicy salmon fillets. It was amazing and actually had some nutritional value, unlike most foods I consumed. We stayed outside and talked until well after dark. The temperature had dropped to a comfortable autumn night. We enjoyed the last bit of warmth, a cold front should move in soon.

Another Fresh Grounds meal, only this time it was breakfast. Ducky, Gravy, Dirty, Forrest and I then took a long shuttle to Neels Gap. We said goodbye to Dirty and Forrest. Their accelerated schedule meant they finished a few days ahead of us. Neels Gap is a famous spot along the way. It’s right after Blood Mountain for NOBO hikers and provides a great place for people to reconsider their hike. Many people give up here and throw their shoes in the tree at the gap. 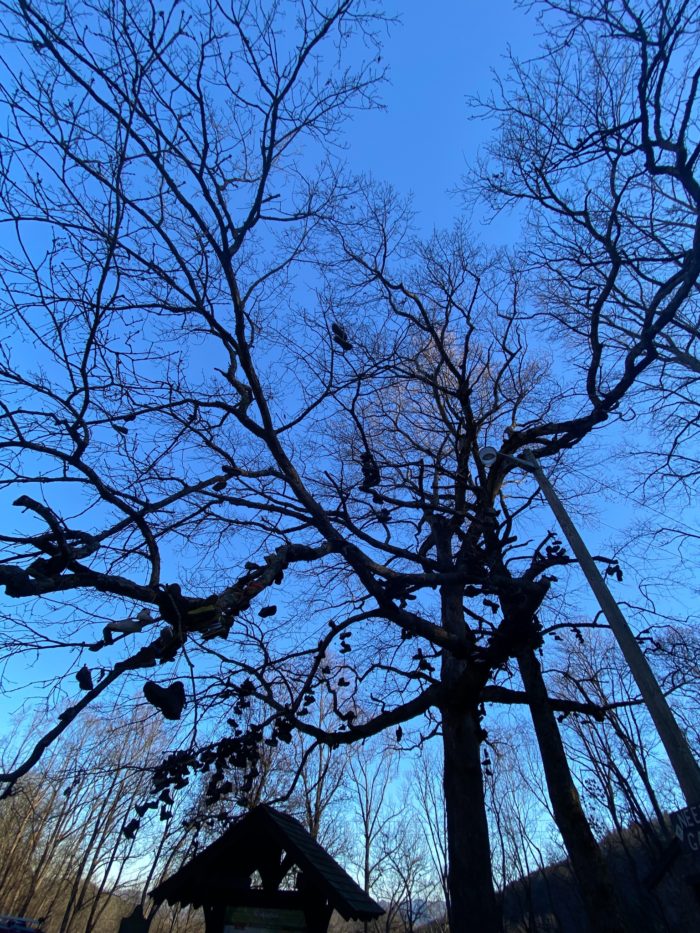 Shoes of those who quit.

Ducky, Gravy and I set off. It was a perfect weather day with blue skies. The hiking was easy and the miles were cruisy. We hiked as a group all day, maintaining a pace of 3mph until we reached Unicoi Gap. My camera took part today. Gordon had helped me remove the moisture in the lens with hot hands and some rice. I had my doubts, but it worked flawlessly. 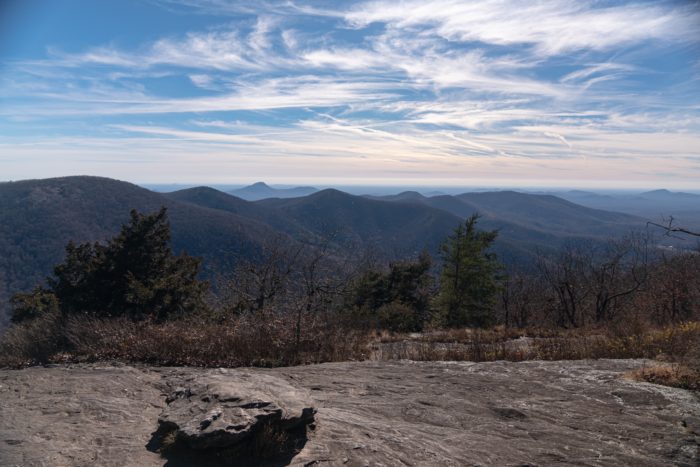 Finally! A reason to wear that 4 pound rock.

Fresh Grounds was waiting for us at the gap. He made us a salad and some grilled cheese sandwiches. A welcome snack after 20+ miles of hiking. We then headed back to the hostel for another relaxing night. I had a painful date with a massage gun. Earlier that day I got a terrible leg cramp. I’m not telling you this out of sympathy, I’m telling you because I deserve it. On the table where we ate lunch lay a harmless yellow jacket. Gravy asked me to destroy it. I tried to kill it with the bottom of my water bottle, but the cavity under the bottle allowed the winged creature to escape my anger. In that moment, I realized… me [email protected]#$ed up. I tried to retreat and call for reinforcements. Unfortunately, I tripped over my backpack and then again over a tree trunk. My calf cramped and I was the loser. So I spent that night at the hostel massaging my right calf and realized I could have just left the wasp alone.

Thank you for reading this trail update! I hope you enjoyed some of the pictures and stories from the trail. My next post will be my last. I would like to thank all readers in advance. I know my content is sometimes repetitive, but I think it best represents the path. Wander (especially through-wander) is a repetitive action. That’s one of the reasons I think so many people quit. There are times when it just gets boring. So to everyone who continued reading despite some boring posts… THANK YOU! I appreciate the support. Until my last post, remember to keep wandering in your own direction.