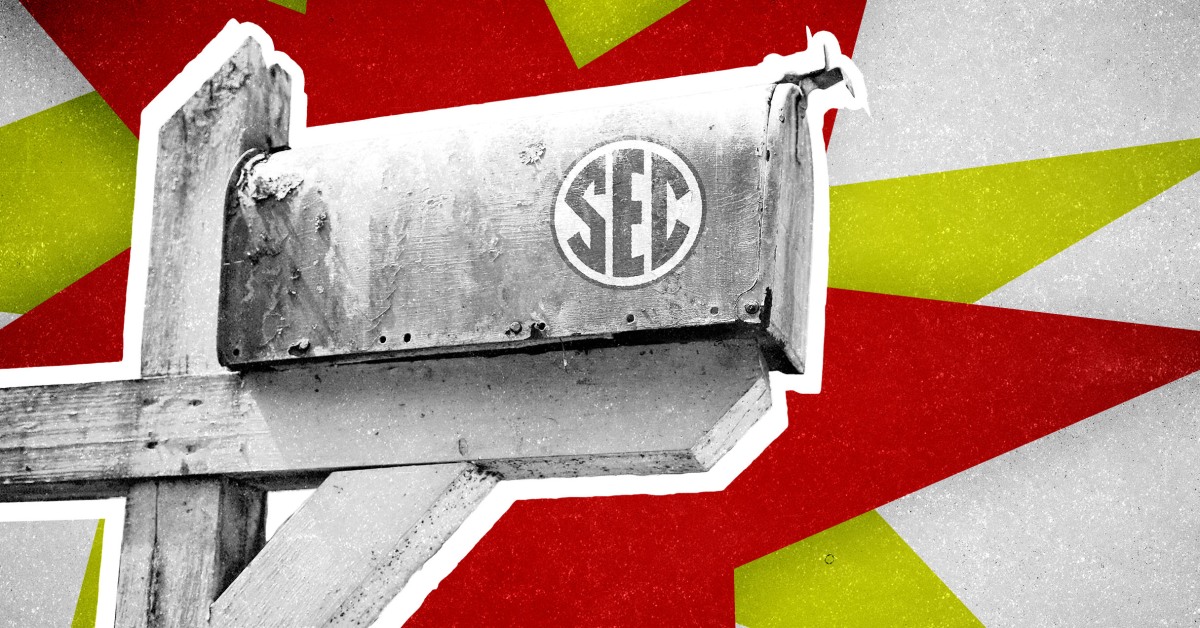 I hope you all had a great Thanksgiving!

I am very thankful to everyone who reads my column weekly and interacts with me in the comments, on twitter, etc. Passionate fans are what make college sports, especially in the SEC, so fun.

Continued best wishes to you and your families during this holiday season. Let’s end this football season with a bang!

Here are your questions for this week’s SDS mailbag:

With one week left in the regular season, who do you think will win the Heisman Trophy this year?

Well I would have said Hendon Hooker but unfortunately I think his torn cruciate ligament will put him out of the competition. However, I believe he deserved a spot at the ceremony in New York City.

I’m out on CJ Stroud. If you’re battling Northwestern and Maryland, you can’t be considered the most elite player in the country. sorry, that’s the way it should be Similarly, North Carolina QB Drake Maye just lost to Georgia Tech. I think he’s out.

When Michigan RB Blake Corum plays Ohio State and has a big game while leading the Wolverines to an upset win? Well, he would have to be considered one of the front runners at this point.

For now though, I think the trophy will end up being lifted by USC QB Caleb Williams. He’s spinning big numbers and has the Trojans firmly in the college football playoff picture. If USC beats Notre Dame and wins the Pac-12 title this weekend, I think Williams will take the prestigious honors.

If Georgia goes undefeated and wins the national title, is it time to consider the Bulldogs a “dynasty”?

That’s a great question, although Georgia fans won’t like it just yet if you overtake yourself and crown the Dawgs.

Let’s assume your hypothetical situation comes true. That would be 2 national titles and an SEC championship in 2 seasons for Kirby Smart’s roster, with 1 of those seasons being a 15-0 unbeaten run.

That would certainly be more impressive than any 2-year run we’ve seen in Alabama since 2011 and 2012, and none of these Crimson Tide teams went undefeated.

But what makes Nick Saban’s dynasty so great is that The Tide has won 6 titles in 12 seasons. Kirby Smart isn’t at that level yet (although he was instrumental in this run of the Alabama dynasty).

However, with a second national title this season, I have to say that the Bulldogs could be described as a “rising dynasty”. It may not be fully mature yet, but with a second CFP win this season, Smart would put his roster on the right track, especially given the high-level recruitment he and his staff are conducting.

What is the most underrated SEC rivalry game?

The Iron Bowl certainly gets its fair share of love. With all its intensity and whimsicality, the Egg Bowl has gained national fame in recent years.

I know everyone will think I’m a homer for saying this, but the most underrated SEC rivalry is the Battle Line rivalry between Mizzou and Arkansas. What makes it so unique and intense is that each fanbase is so adamant that it’s not a rivalry.

But this year, the Hogs have a chance to spoil Mizzou’s season and keep the Tigers from qualifying for a bowl game. That’s drama enough for one game. The Razorbacks had a five-game losing streak against the Tigers last year. Now they will be hungry to start their own series.

The game is also getting Black Friday afternoon slot on CBS, so there will be a lot of eyes on it (although the first half will be overshadowed a bit by USA-England at the World Cup this time around).

More people need to get on board the Battle Line Rivalry!

When is it appropriate to put up the Christmas tree and listen to Christmas music?

I contend that December 1st is the earliest Christmas music should be played on the radio and the earliest a Christmas tree should be put up. But I won’t blame anyone for arguing that the day after Thanksgiving (today) marks the start of the holiday season.

However, the fact that some radio stations and stores start playing Christmas music on November 1st is crazy. We need to have his moment on Thanksgiving. This is a great vacation too.

From now on, however, you can always have fun with Christmas decorations, songs, celebrations, etc. I personally will just wait until December 1st!

Have a question for next week’s mailbag? Tweet us with #SDSMailbag or email me at [email protected]