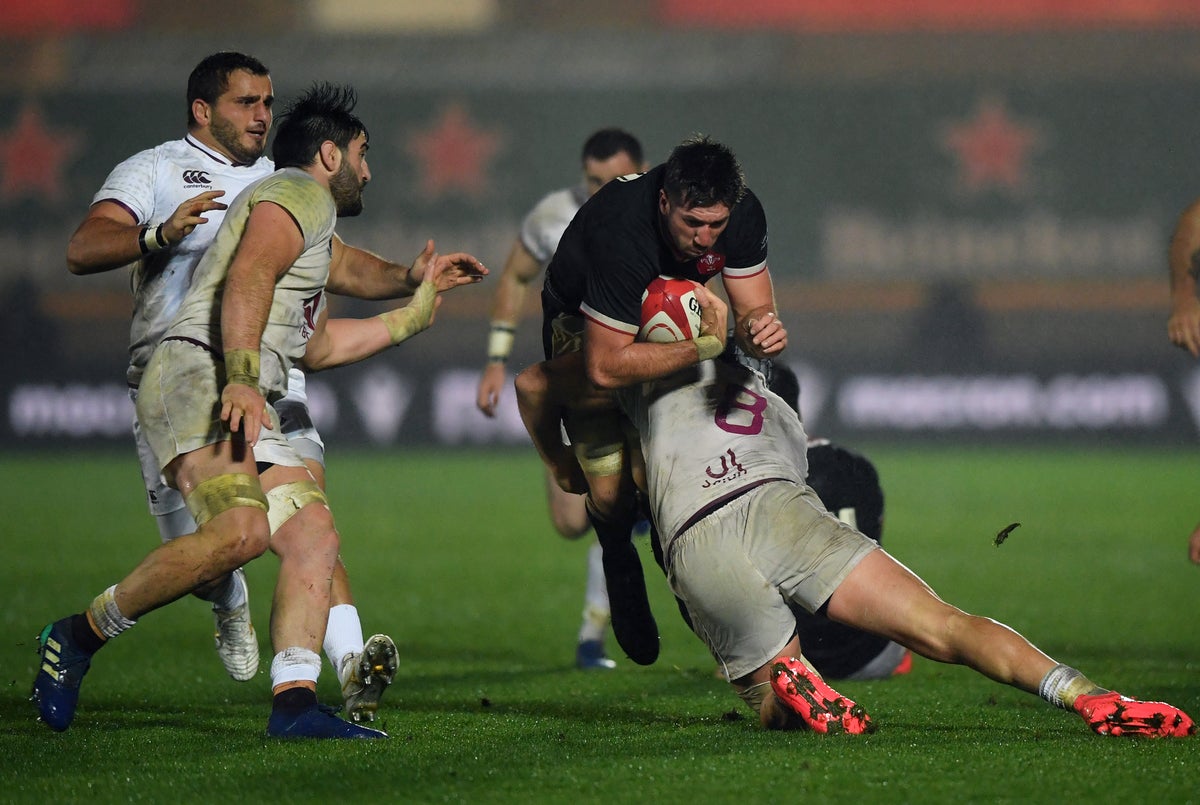 Wales meet Georgia in Cardiff on Saturday to build on a crucial 20-13 win over Argentina last weekend that temporarily temporarily sidelined Wolves after a faltering Six Nations, a Summer Tour defeat and an international win over the All Blacks in the autumn kept away from the door.

Anything less than a win over Tier 2 nation Georgia at Principality Stadium will be unacceptable, but the Lelos are known for their pack physicality and will want to make their mark ahead of a rematch between the sides at next year’s World Cup.

Wales boss Wayne Pivac has given back-rower Josh Macleod a Test debut and is hoping there will be luck for a third time after the Scarlets striker punctured his Achilles tendon during a training session just days before the Wales Six Nations’ clash with Scotland last year had ripped when he was before starting, having previously been ruled out of their fall 2020 season with a hamstring injury after being called up to the squad.

“We had a couple of unit sessions this morning and Josh flew into it. He doesn’t hold back,” said Pivac. “Josh has been selected twice and sustained injuries so he’s lucky the third time. We’re happy to see him go. We wanted to use it on a couple of occasions. We know a lot about him, I coached him with the Scarlets – he brings a lot of energy and he’s very good with the ball.”

Here’s everything you need to know about the clash:

When does Wales play Georgia?

The game will kick off at 13:00 GMT on Saturday 19 November at Cardiff’s Principality Stadium.

How can I view it?

What’s new from the team?

Wayne Pivac has retained nine of the Welsh side that started in last weekend’s win against Argentina. However, back row forward Josh Macleod will make his Test debut almost two years after he was denied a first international appearance when he tore his Achilles tendon during a training session four days before the game.

Macleod will finish at No. 8 while center Owen Watkin, winger Josh Adams, fly-half Rhys Priestland, lock Ben Carter and flanker Jac Morgan are the other new faces from a week ago.

Winger Louis Rees-Zammit retains the No.15 shirt after an impressive switch to full-back in the Pumas game, and among the substitutes are two uncapped players in 19-year-old lock Dafydd Jenkins and scrum half Dane Blacker.

Alexander Todua wins his 100thth Cap for Georgia, as the Lelos dubbed a widely known team to take on Wales. Todua will line up alongside Mirian Modebadze and Davit Niniashvili in the back three as he celebrates a century of performances for his nation.

Giorgi Chkoidze will pack himself in the middle of the front row between Guram Gogichashvili and Guram Papidze, who will be capped for his second cap in Cardiff. Nodar Cheishvili and Konstantin Mikautadze form an experienced back row, while Beka Saghinadze, Beka Gorgadze and Tornike Jalagonia complete the back row while Otar Giorgadze is out.