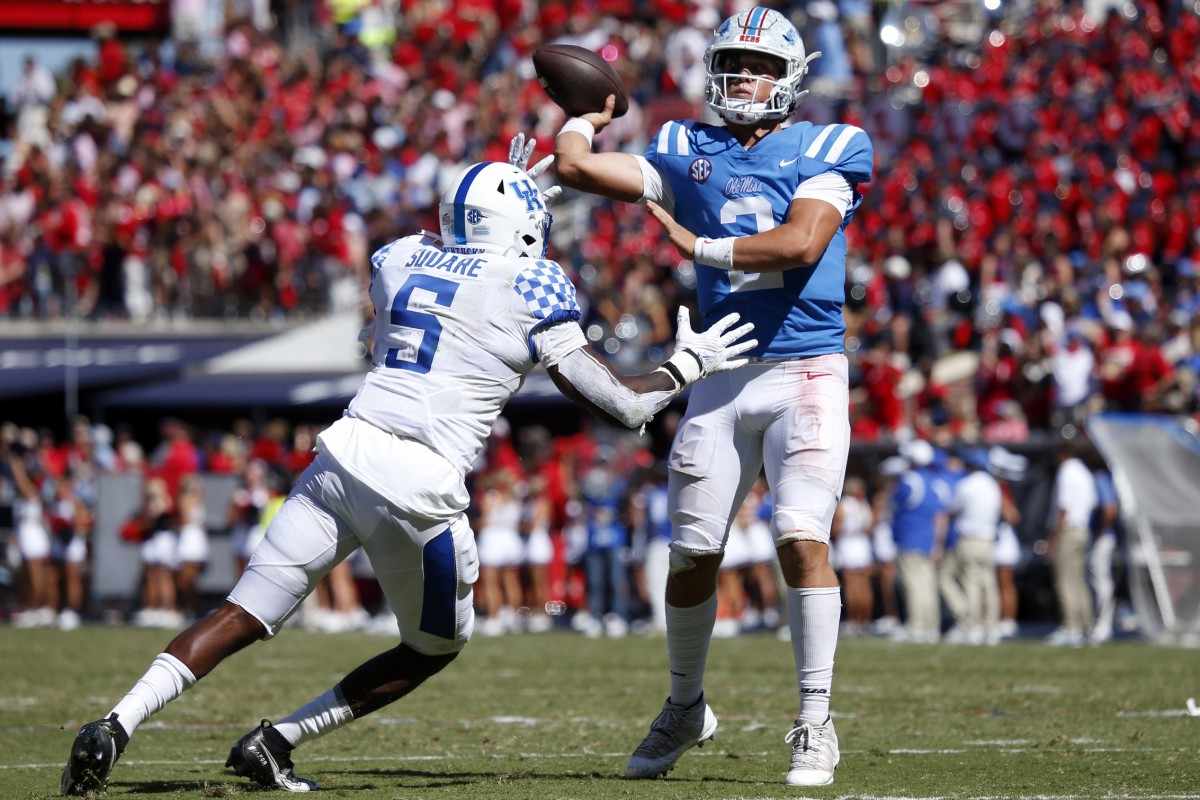 Kentucky football’s injuries aren’t helping this weekend either, as some key elements are missing for the Wildcats:

DeAndre Square is not dressed up and will stay on the sidelines again. Square headed to the dressing room after the first defensive end of last weekend’s game against Tennessee. He bounced back and finished the first quarter but went early in the second and ended up staying on the sidelines. He was then ruled out with an ankle injury and would miss the Missouri matchup. Trevin Wallace will make his third straight start as a linebacker in place of senior team captain.

Chris Lewis was helped off the field in the second half against Tennessee without putting pressure on his right leg or foot. He did not make the trip to Missouri with the team and did not play Vandy.

Linebacker and team captain Jacques Jones is out again after leaving Ole Miss on October 1 through injury. He went down twice against the rebels, the second resulting in having to be helped off the field. He has not seen the field since then. It’s going to be a junior D’Eryk Jackson in his place for the sixth straight game.

Chris Lewis was helped off the field in the second half against Tennessee without putting pressure on his right leg or foot. He didn’t travel to Missouri with the team and didn’t play Vandy and won’t play the Bulldogs today.

Free security Jens Geiger went down from an illegal blindside block in the second quarter of Britain’s week two game against Florida. After being carried off the field with a lower leg injury, he did not return and Stoops said the injury “didn’t look good”. While he wasn’t officially ruled out for the season, he’s not expected to return for the rest of the year. Redshirt newbie Jordan Lovett remains the starting belay instead of Geiger.

gambler Colin Goodfellow is out for the rest of the season after suffering a knee/calf injury in the fourth quarter against Missouri. He got a punt away after a bad snap, but was hit hard by a Mizzou defender right after, resulting in him being carted off the field. Redshirt newbie Wilson berry will be the starting player for the rest of the year.

They join the running Ramon Jefferson and defensive back Vito Tisdalewho are both out for the season, as regular players who will be sidelined through injury.