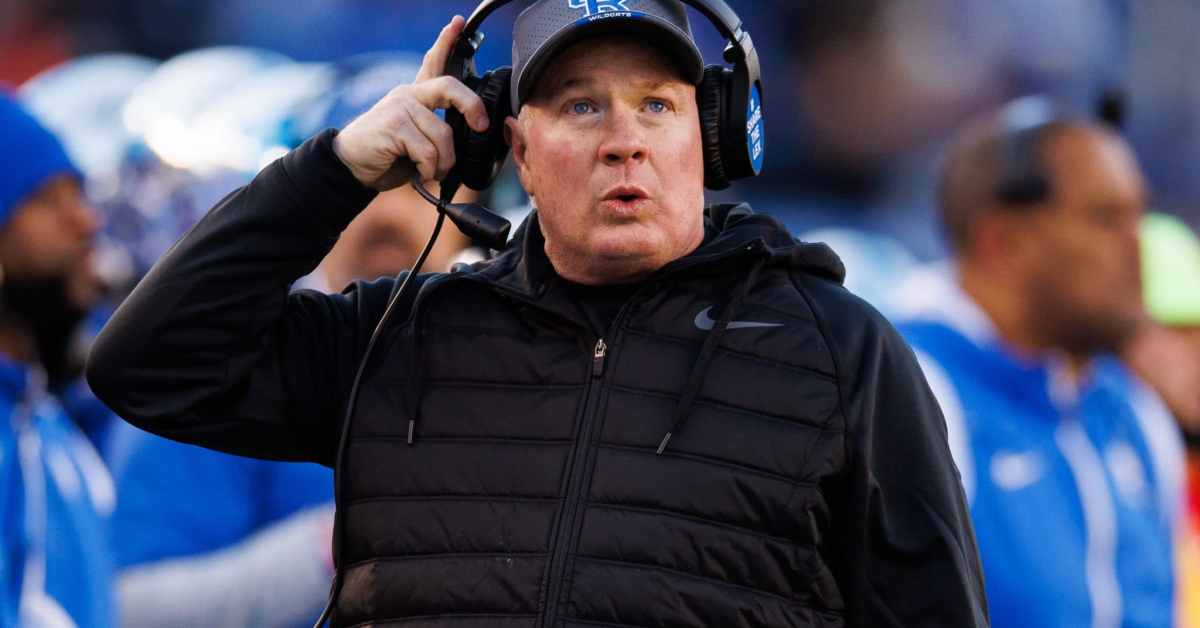 Kentucky gave leader Georgia everything it wanted on Saturday.

In the end, however, the Wildcats came up short as the Bulldogs swept away Lexington in a 16-6 win.

Mark Stoops’ team had their chances, but couldn’t make the necessary plays, especially in the 4th quarter.

The Kentucky defense did its job and held Georgia to three field goals in the first half. The Wildcats also only allowed 116 passing yards in the game.

However, the offensive could not follow. A failed 2-point conversion attempt and a missed field goal in the last 15 minutes could have changed the complexion of the game.

Instead, missed opportunities continue to be the issue for Kentucky (6-5) this season.

After the game, Stoops met with the media to discuss the result and his team’s play.

On his team’s performance after the upset loss to Vanderbilt:

Mark Stoops: “I’m proud of the response from our football team.”#BBN #ukfootball

Mark Stoops is proud of how his team has recovered after losing to Vanderbilt.

“It took our players a lot of digging and soul searching to reinvest and make that kind of effort.”

About Georgia making the plays it takes to win:

MARK STOOPS: “They’re the No. 1 team in the country for a reason.”

Among the key stops his defense made throughout the game:

Stoops: * The defense was really impressive. Appreciate how they dug in and found stops. The guys fought really and hard against an extremely physical team, if not the most physical team in the country.

“Impressive,” Stoops says of Barion Brown’s 10 catches for 145 yards and a touchdown

“I saw that some of the competitive catches were really showing in the field. Stuff to build on”

On the costly missed field goal influenced by a bad snap:

Mark Stoops on the pedal battles:

“I don’t have a good answer. Anyone can see it’s not good. We do it (bad snap/bad kick) all the time and we have several people who do it. It is not good.”

About Tayvion Robinson and Kenneth Horsey missing the game:

Stoops says Tayvion Robinson was injured and Kenneth Horsey, who says something happened to the starting LT before the game, will have an update on Monday.

What his team can take away from the game:

Stoops says performance is something we can build on.

“I don’t want to attempt a moral victory. But there’s something about when you play, prepare and compete, and when you don’t.”

“I was proud of our team’s response to adversity because it’s very easy to give in.”

On the mood/morale of his team after the game:

Rate the team’s attitude after the game:

“They know when they show the film whether they can be proud of it or not. Nobody celebrates because we played close, but they know the difference between a proud performance and one that isn’t.”