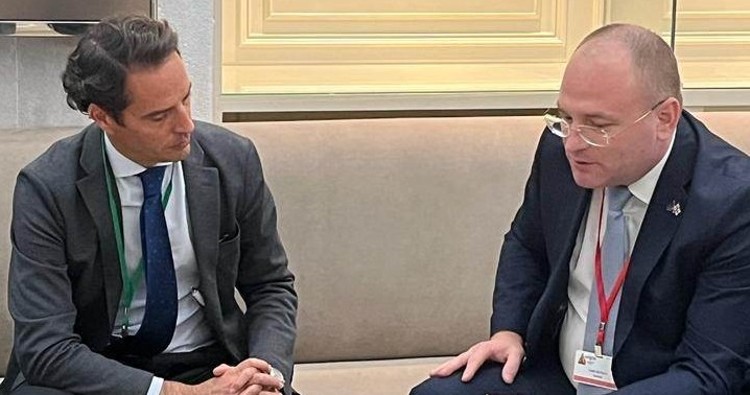 Irakli Beraia, the head of the Defense and Security Committee of the Georgian Parliament, said on Sunday that Javier Colomina, the NATO Secretary General’s special envoy for the Caucasus and Central Asia, expressed in his messages his support for Georgia’s sovereignty, territorial integrity and Europe . Atlantic integration in a meeting at the NATO Parliamentary Assembly in Madrid.

Georgia’s security challenges, including conventional and hybrid threats from Russia, and the country’s “significant” progress and its “ambitious” agenda towards Euro-Atlantic integration were discussed at the meeting between the Georgian parliamentary delegation led by Beraia and Colomina, informed the press service of the parliament.

The Georgian side stressed that it welcomes NATO’s new strategic concept, its record and the decisions of the Madrid Summit, including support measures tailored to Georgia, as well as “adapting to security challenges” and strengthening the Alliance’s military presence on the eastern flank.

Georgia has already acted “as a responsible” member of NATO and has demonstrated not only its “desire but also its ability and very important experience” to contribute to the security of the Euro-Atlantic area, the committee chairman noted.

Great conversation with @JavierColominaP on regional security, advances in GEOs #NATOEU Path of integration, importance of membership of ???????? @NATO “appropriate in the new strategic environment”. When security deteriorates @NATO increases his support for ????????. Thanks @JavierColominaP ???? pic.twitter.com/ANODijlmyk

He added that against the background of increasing threats and the “efforts” of European partners to diversify resources and routes of energy supply, the “role and importance” of Georgia in “strengthening” cooperation between Europe and Asia and the need Georgia’s increased membership of NATO has improved.