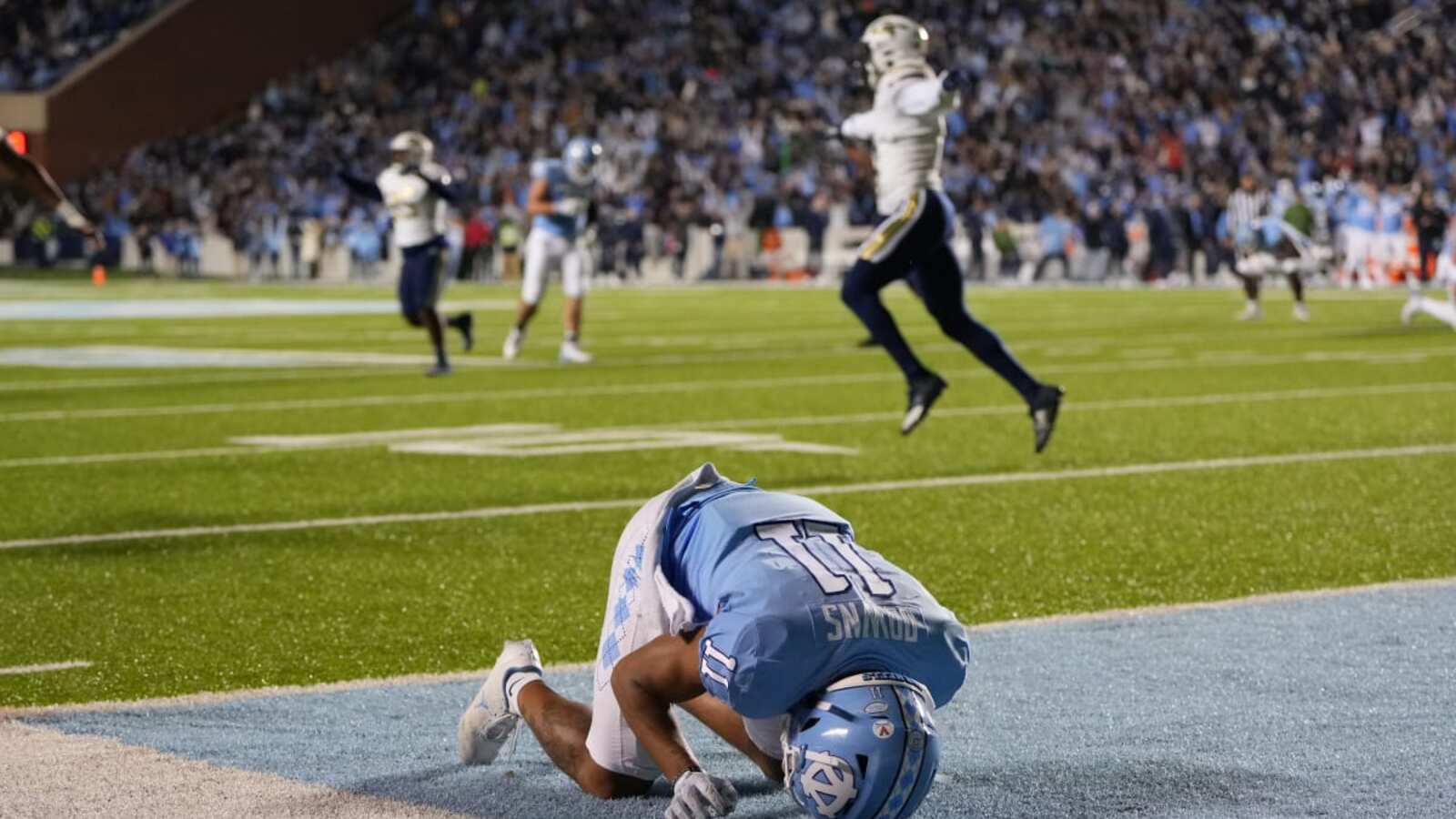 Given the way the UNC offense has played this season, it was an afterthought that scoring would be an issue.

Saturday’s massive disappointment ensured all things are not certain.

In the Tar Heels’ final division game against Georgia Tech, the offensive played its worst game of the season with a 21-17 loss and recorded its fewest points since going 10 in last season’s opener against Virginia Tech.

It comes as a shock considering quarterback Drake Maye and receiver Josh Downs had a tear this season and were in talks for Heisman and Biletnikoff honors, respectively.

At the start of the game, the offense was short-handed with receiver Antoine Green and tight end John Copenhaver both out with upper-body injuries.

But the Maye-to-recipient connection just didn’t work. Maye went an entire game without throwing a touchdown pass for the first time this season. It was the result of a combination of things, starting with Maye’s protection.

The 6’4”, 220-pound quarterback was sacked six times in the game, the most all season. Often forced outside the pocket, he couldn’t work his mobility magic for most of the night, rushing to a season-low 13 yards.

Maye was also inaccurate at times, missing both Nesbit and Morales for what could have been touchdowns. He finished the game 16-30 with a red-zone interception. However, his receivers could have helped more on crucial plays.

Nesbit’s drop in a game where a fumble was healed by the Yellow Jackets would have been a first down and enabled UNC to extend their lead. Downs’ fourth-quarter failure in the end zone would have given the Tar Heels the lead with just over four minutes left in the game.

Although these players have been great for UNC all season, these games need to be completed, especially when the offense is struggling to get going.

What hurts the most is that this miserable offensive performance came at the same time as one of the best defensive plays of the year. Coming out of goal, the defensive played physically and limited the run while the secondary got their hands on the football, including intercepting Storm Duck in the second quarter.

Though defense collapsed in the second half, the opening 30 minutes provided a perfect opportunity for UNC to conquer the scoreboard for the second time this season, but the offense failed to answer the call all night.

Elijah Green was the most effective tar heel, hitting an 80-yard touchdown run on the first offensive snap and recalling another long touchdown. He finished with 92 rushing yards and two points, but it wasn’t enough as the Tar Heels slipped to 9-2 and would likely knock themselves out of the CFP race.