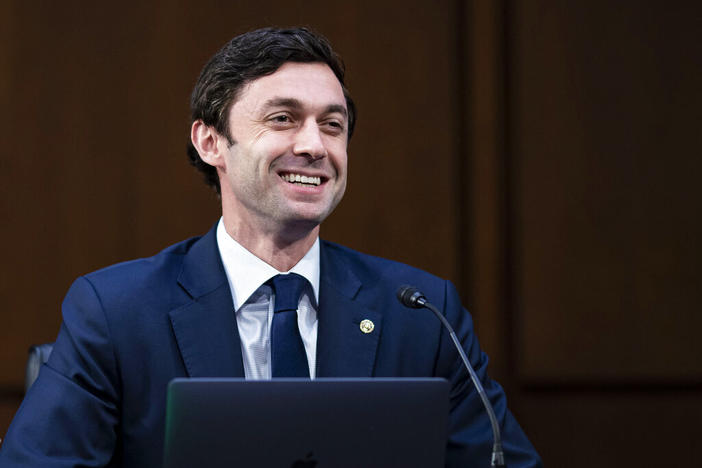 On a May night in 1949, Caleb Hill Jr. was pulled from the Wilkinson County Jail and shot by a lynch mob.

Two white men were charged following a Georgia Bureau of Investigation investigation, but an all-white jury chose not to charge them, according to the Georgia Civil Rights Cold Cases Project at Emory University.

The case remains unsolved more than 70 years later – Hill’s cause of death, listed on his death certificate, is “shot through the head by unknown hands”.

The story is one of many unsolved lynchings, or murders, of black men and women in Georgia during the civil rights era.

Now, bipartisan legislation to aid cold case investigations during this time is on its way to President Joe Biden’s desk for his signature.

The soon-to-be law, championed by US Senator Jon Ossoff, will extend the existence of the Federal Cold Case Review Board, established in 2019, until 2027.

Board members review records of cold-case murders that took place during the civil rights era between 1940 and 1979 — with many records remaining unreleased.

“I think it’s important for us to reflect that it wasn’t that long ago,” Ossoff said in an interview with GPB News. “There are surviving loved ones, relatives and friends of those who were killed in the most brutal and heinous ways. … And not only do the victims still deserve justice, but their loved ones, their family members, their friends, their descendants are demanding justice.”

Although then-President Donald Trump gave the go-ahead for the establishment of the Audit Committee in 2019, the members were not selected and confirmed until three years later.

Two experts from Georgia were confirmed as members of the board in February: Hank Klibanoff, a famous journalist and Emory professor, and Gabrielle Dudley, a teaching archivist at the university’s library of rare books and archives.

“As an Alabama and Black daughter of the South, I grew up with constant memories of the struggles of the civil rights era and the knowledge that there were unsolved cases,” Dudley said during testimony before the Senate last year. “I recognize the cultural value of these records and how access to them can spark both transformation and change.”

Ossoff said Georgia has two contrasting legacies during the civil rights movement, both of which should be recognized.

“I believe that Georgians understand the extraordinarily complex and, in some ways, deeply painful history of our state,” Ossoff said. “We are both the cradle of the civil rights movement and the heart of the old Confederacy.

“Part of addressing, reconciling and doing justice in the face of this history is to ensure that truth and justice and accountability are pursued for these horrific acts that were committed some time ago,” he continued.