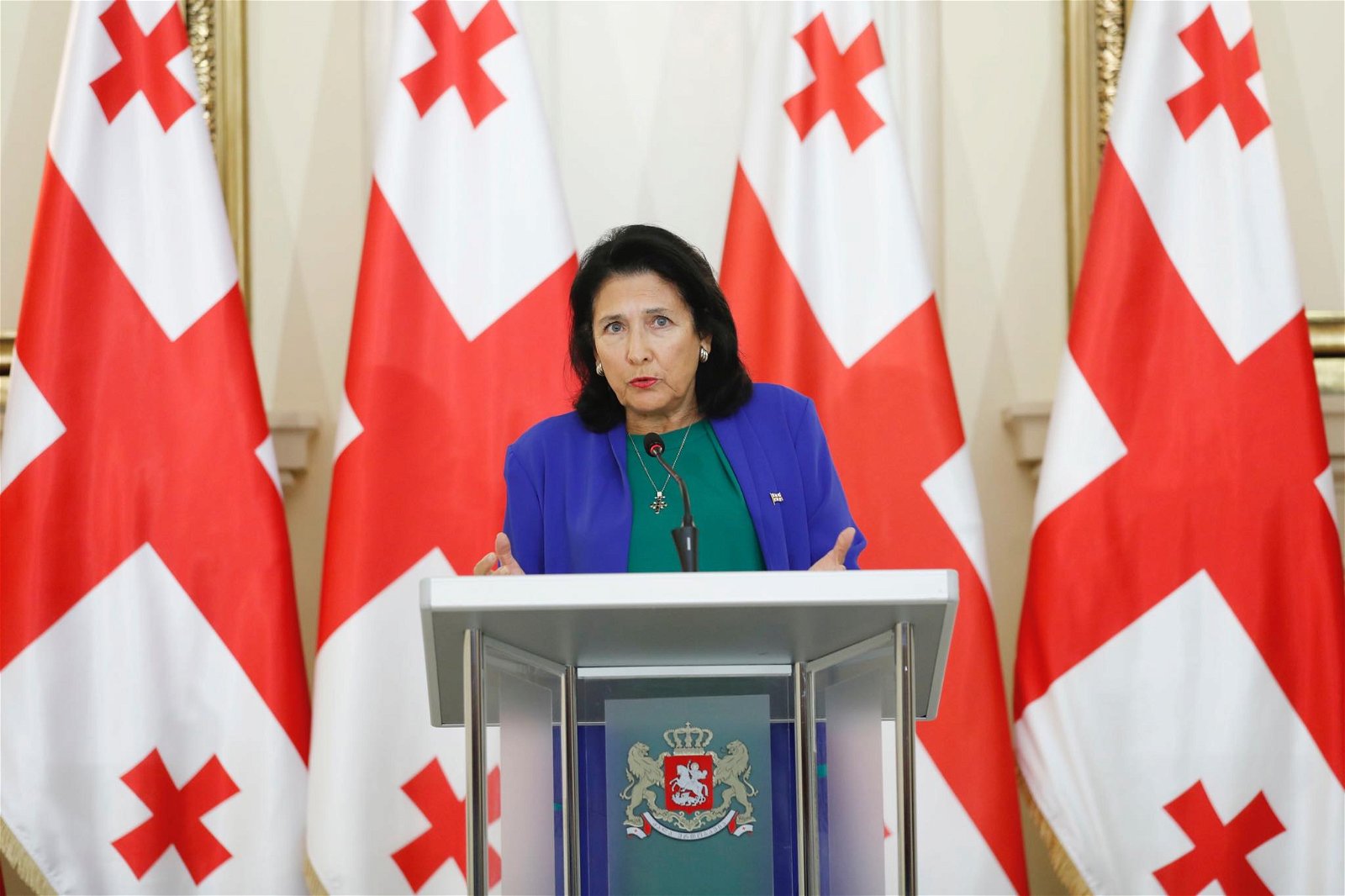 On November 24, President Zurabishvili delivered a speech focusing on the importance of implementing the Recommendations of the European Commission for obtaining candidate status at the House of Justice’s presentation of the “EU agenda, judicial reform”. To this end, she highlighted the need for depolarization and reform of the justice system.

President Zurabishvili called Georgia’s application for EU membership and the European Council’s decision to grant the country a European perspective a “historic moment” and reiterated that the country would not have reached this point so quickly “without the committed struggle of the Ukraine”.

“We should know that and admit every minute that this is not our achievement,” she added.

Considering that Georgia had many achievements in this direction and “we were really one of the leading countries on the path of European integration,” President Zurabishvili emphasized, “we have fallen behind a little […] because of our contributory negligence [in the matter].”

“We didn’t even expect to put forward our candidacy. The date that was mentioned was 2024 and we would do it [submit an application]but nothing was ready for that and it kind of happened and we take advantage of it and we should be very thankful for that.”

President Zurabishvili pointed out that the most important of the 12 recommendations is to reform the judicial system and complete this process. “Because this is the means, the way to finally get out of the Soviet system, there is no other way,” she stressed.

“Everything else follows from that,” said the Georgian President, including the protection of human rights and companies, the establishment of European security standards, overcoming discrimination and the inviolability of private property.

“That means everything that we commonly call democracy, everything goes through justice. If there is no justice, then nothing is protected and we are left to the will and decision of this or that [person],” She said.

It was in this context that she remembered her Veto against the controversial surveillance lawand told those attending the event: “I missed your support a bit when I vetoed this very un-European law.”

The President also assured that it is precisely by agreeing to judicial reforms that the country can fulfill the recommendation on depolarization, “without which everything will be in vain”.

“This agreement means that for the first time in recent times, the parties will be able to put Georgia’s interests ahead of the interests of the parties,” President Zurabishvili claimed, adding that “unfortunately, we have not done so in the recent past could”.

“That’s what’s holding us back,” the President stressed, stressing that this is important for every country, because “if there’s no minimum consensus, the country can’t develop.”

“We have been there [in Europe], we have to go back there. We should see these opportunities within ourselves and I’m sure there is potential for that in you, us and society and I’m very optimistic,” she concluded.

This post is also available in:
ქართული (Georgian) Русский (Russian)