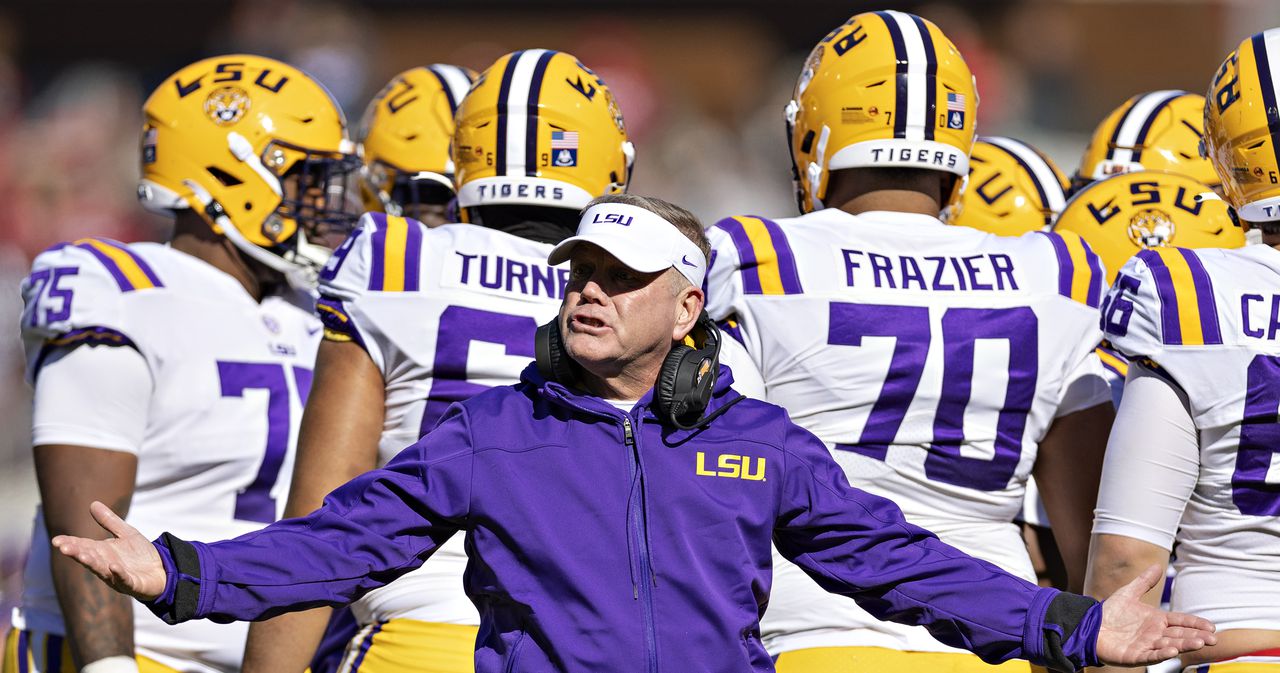 ATHENS — The SEC championship game is more than a week away, and both Georgia and LSU have ongoing regular season deals this Saturday.

The Bulldogs fight Georgia Tech at 12 p.m. while the Bayou Bengals take on Texas A&M at 7 p.m

But it was hard not to look ahead to the 4 p.m. game on December 3 at Mercedes-Benz Stadium for everyone, including some SEC coaches who have shared their thoughts on what the league’s title game might look like.

Arkansas coach Sam Pittman said last week that this version of a Brian Kelly offense looks a little different than the last Georgia saw when the Bulldogs hosted Notre Dame in 2019.

“I think when I look at Coach Kelly, he throws the ball more than he has in the past,” said Pittman, who was on the UGA team in 2019 and faced Kelly earlier this season when the Razorbacks and Tigers met in Fayetteville.

Pittman noted that part of the reason for Kelly’s willingness to throw the ball is the transfer of junior Jayden Daniels from Arizona State.

“He’s got a new weapon in a dual-threat quarterback that they’re using very well, and they should be,” Pittman said. “He’s a great runner and a great pitcher.”

Daniels has rushed for 740 yards this season — the most among FBS quarterbacks this season.

“Defensively, they’re still a four-man front,” Pittman said. “A lot of times they still use their nickel (4-2-5) and then their third down packages are still very good.

“They had a good plan against us with (Harold) Perkins, he makes the difference.”

“Besides that,” Pittman said, “they have Brian Kelly in them because they’re a physical, well-trained football team.”