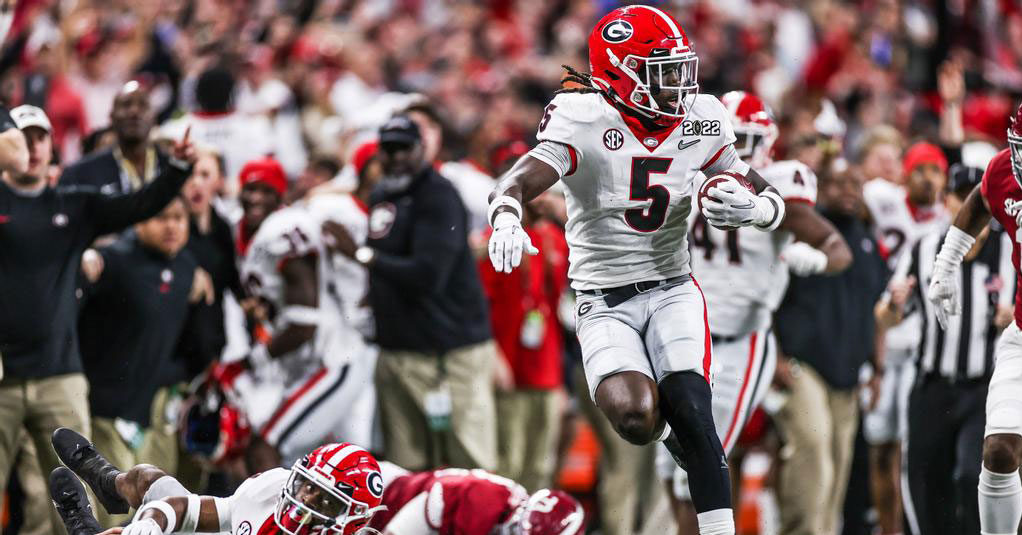 It doesn’t have to look pretty. Style points do not count. The only thing that matters is victory.

Georgia defeated Kentucky 16-6 on a cold, windy evening in Lexington to advance to 11-0 and go undefeated in conference regular-season play. The win makes Georgia the third SEC team in 30 years to end a straight season with a conference unbeaten record. The trip to Atlanta for a showdown with LSU for the SEC championship is imminent.

However, there are other things that need to be done first. Georgia Tech is coming to Athens this Saturday. Bragging and a perfect 12-0 record are at stake. Beat Tech, and it doesn’t matter what happens in Atlanta, just like last year. (Hopefully we’re handling LSU better than we did the first time in Alabama.)

But the tech game isn’t just about running the state and achieving a perfect record. Saturday is Senior Day and this year we have the privilege of honoring the most important senior class in the history of Georgian football. These guys went through the COVID season, won a national championship and now put us in a position to possibly pull off an unlikely repeat.

Ever since I started writing these columns, one of my passions has been the fan base’s need for new heroes. Since the 1980 team was our only national champion for decades, these guys were the quintessential Georgia legends for decades. We’ve seen enough of Herschel Walker lately to know that there’s always a time for growth and advancement. Luckily we have a whole bunch of excellent players who can repeat themselves as national champions and go down in history as the greatest dawgs of all time.

I’m talking about guys like Stetson Bennett IV. I remember preparing for the Rose Bowl in 2017 when Bennett, still a walk-on, led the scout team and played the role of Heisman-winning actor Baker Mayfield. Then-defense coordinator Mel Tucker described Bennett as a “beast,” beginning the legend of the mailman.

He’s had his share of ups and downs in Georgia, but the only thing anyone will ever remember is the highs. Nobody will remember how we all wanted to bench him about three times during his career. You will remember AD Mitchell’s cent in Indianapolis. I never thought I’d say that unironically, but he may be the greatest quarterback in Georgia history. Not necessarily the best, but the biggest.

While Bennett will get the lion’s share of the glory, there are other, less-heralded members of the UGA offensive who deserve some credit. Kenny McIntosh waited his turn behind Nick Chubb, Sony Michel, Zamir White and James Cook. He was only allowed to play on spots until that year, when he emerged as RB1. He had the best game of his career against Kentucky, collecting 143 rushing yards and a touchdown.

Kearis Jackson is another player who doesn’t get enough credit. I’ll be honest, there have been times this season that I’ve forgotten that he hasn’t graduated yet. But he has a knack for stepping up when needed, like he did against Mississippi State a few weeks ago. He’s been a lace tackle for returning a punt for a touchdown about a half-dozen times in his career, and I’m still hoping he gets one before he’s done.

On defense, Christopher Smith held down the secondary for three years. It was his pick-six against Clemson last year that got the ball rolling to win the title. His decision to return for another season helped build our defense with much-needed leadership and experience. I don’t know if we would be in the position we are in if he hadn’t come back.

The same goes for Nolan Smith. Unfortunately, his playing career in Georgia ended after he tore his pectoral muscle. Note that I said “play career”. Smith is still there, traveling with the team, encouraging and training his outside linebackers. I wish he could downplay that stretch run, but I’m glad he’ll still be a presence on the team.

A special thank you to a couple of juniors who will almost certainly make the leap to the NFL after this year: Jalen Carter and Kelee Ringo. Carter is the best player on this year’s team and was also the best on last year’s team – making him one of the best players to ever wear the red and black. Guys like him don’t come around often so enjoy seeing him with the Dawgs while you can.

Some pieces get cute names as they go down in history. I’ve noticed that when people refer to his game-winning pick six in the national championship game, they just call him “Ringo.” As in. “After Ringo I cried like a baby.” That’s all there is to say about such a legendary game and such a good player.

Do you like what you just read? Support Flagpole by donating today. Every dollar you donate helps fund our ongoing mission of providing quality, independent journalism to Athens.