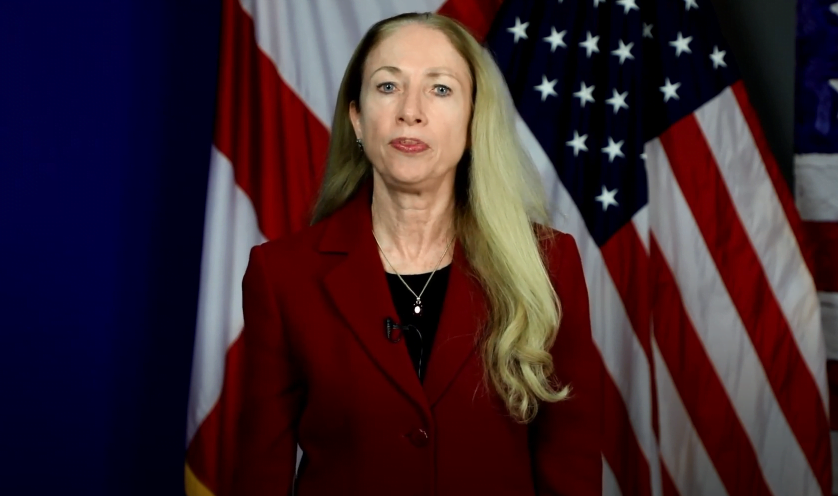 US Ambassador Kelly Degnan spoke to the media at the Georgian Security Analysis Center on November 18 about recent criticism of US Senator Jeanne Shaheen, after the senator questioned whether the US should reconsider its policy towards Georgia, including related for financial support and the consistent calls for regulation of the financing of foreign CSOs.

Responding to the criticism of Senator Shaheen, US Ambassador Degnan said: “Well, as far as I know, no Georgian would use that kind of language against anyone. I think it was totally inappropriate and most Georgians recognized that.”

Referring to the proposal for CSO restrictions, the ambassador noted, “That sounded like something straight out of the Kremlin playbook to me.”

“We see that with NGOs in Russia,” she said. “I don’t think Georgia has worked to return to that kind of oppression in the last 30 years.”

“In fact, I think at least based on my experience traveling around Georgia, I saw really important work being done by NGOs and civil society to improve citizens’ lives,” Amb said, Degnan noted.

In this regard, Amb Degnan stressed that NGOs work to address environmental issues, provide legal assistance to those in need, and help students and young people, as well as the disadvantaged or disabled. “There are many different types of NGO groups and civil society groups that are made up of people in the neighborhood who want to address an issue and make this country and society better for all Georgian citizens,” she stressed.

“That’s why we support Georgians who unite to create organizations like NGOs,” she stressed, adding: “It surprises me sometimes because many MPs, including in the ruling party, worked in NGOs – they started in NGOs – and contributed to Georgia’s growth and development through the good work of NGOs.”

Repeating that it was “confusing” to see the criticism of NGOs, the Amb said: “I would regret it if Georgia lost that strength, the voice that the people of Georgia have in their NGOs and their involvement in.” of civil society have. It is such an important part of a strong democracy and a strong Georgia.”

In a follow-up question to the claims that US aid to Georgia is primarily going to CSOs, the Amb said: “As for the question of NGOs, I think you could ask any of the hazelnut farmers or blueberry farmers or dairy farmers who run their dairy herds have expanded or been able to sell their milk and cheese in more markets the kind of support they have received from the United States.”

The Ambassador also noted US support for student exchange programs and other exchange programs, as well as the relationship between the Georgian Defense Forces and the US military and law enforcement agencies.

“You can’t do that through NGOs,” she emphasized. “They are mostly connected through the government or directly to the people.”

“But, as I said, we are also working with some very good non-governmental organizations and civil society groups that are helping to build a stronger Georgia, that are tackling problems at the grassroots, local and national levels to improve the quality of life to create jobs and a better environment for all citizens of Georgia,” she said.

Amb Degnan concluded by repeating that US aid to Georgia “has helped improve the quality of life of Georgians. That’s what we care about: the people of Georgia.”