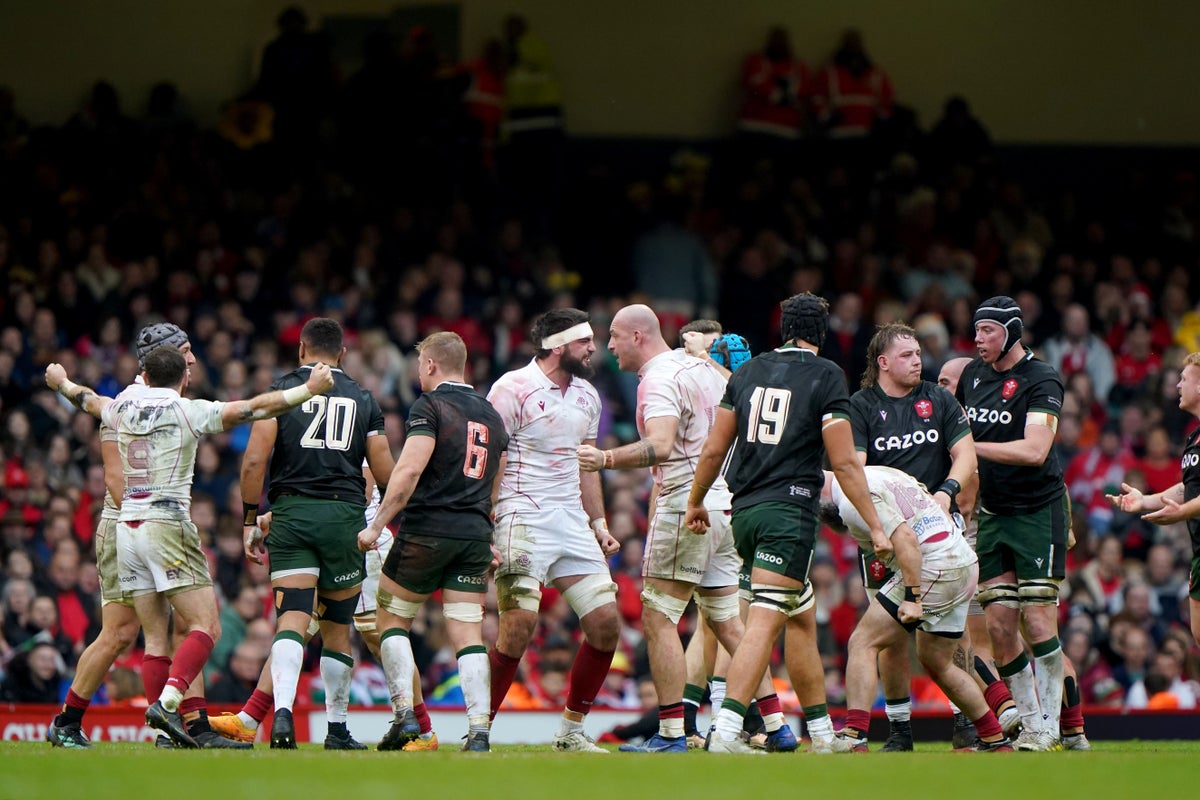 Taulupe Faletau has sent a rallying cry to beleaguered Wales after his humiliation at Georgia left Wayne Pivac’s coaching job under intense scrutiny.

Former Welsh stars Sam Warburton and Jamie Roberts were among those condemning a pathetic performance.

Pivac has now lost 19 of his 33 Tests at the top – including eight this year – since he succeeded Warren Gatland after Wales finished fourth at the 2019 World Cup.

After losing the bronze medal match to New Zealand in Tokyo, Gatland said: “I hope they (Wales) continue to build on what we have achieved over the last 12 years.

“It would break my heart if Wales got back into the doldrums.”

But with less than 10 months to go before the next global showcase in France, Wales is exactly where Gatland had hoped it wouldn’t be – down below the Also-Rans.

Their Autumn Nations Series final against Australia next Saturday now gains momentum, as does a Six Nations opening date with world no. 1 Ireland on February 4.

Pivac, in the immediate aftermath of Georgia’s spectacular success, said he was “completely focused on working towards the World Cup” and whether his position was at risk was “a question for others, I would guess”.

Georgia, however, shook Pivac’s foundations and pushed Wales’ title triumph at the 2021 Six Nations and first win over the Springboks in South Africa into the distant past.

The Georgians, thanks to substitute Luka Matkava’s penalty in the 78th minute, trailed outsiders Romania (1988), Canada (1993) and Samoa (2012) on home soil in awkward Wales.

We have to stick together as a group, management and players

More than 63,000 spectators watched in disbelief as Wales failed to score after flanker Jac Morgan’s second try after 24 minutes.

Number eight Faletau, who will play his 100th friendly in Australia, said: “We have to stick together as a team.

“We’ve shown we can recover from low points like this, so we’ll try to do the same next week.

“We have to stick together as a group, management and players.

“Mistakes kept them in the game and we couldn’t keep them under constant pressure so mistakes let them off the hook there.

“They put a lot of pressure on us in the park. They are big physical men and they have shown that.”

Wales have won their last three Tests against Australia but Pivac’s cause is not helped by their latest encounter, which falls outside World Rugby’s autumn game window.

Pivac said: “We will go away and review everything, from the preparation to the game itself, and we will leave no stone unturned in the review process.

“Every time you lose a game it leaves a scar, doesn’t it? We are in the game to win test matches.

“Next week will be no different. We know we have them in our (WM) pool. We need a big week and a very strong performance.

“This is a setback. We don’t hide from that and we’re not proud of this result.”