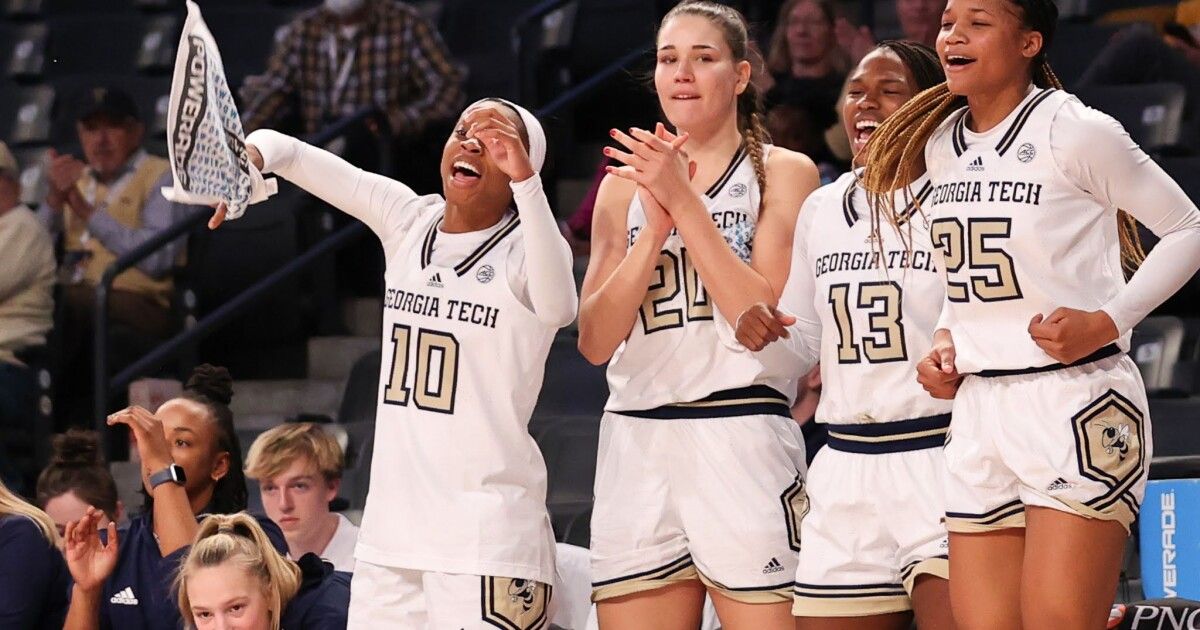 THE FLATS – Georgia Tech women’s basketball returns home after its first away win of the season to welcome Georgia State rivals to a Sunday matinee. The Yellow Jackets and Lady Bulldogs will tip at 2:00 p.m. at the McCamish Pavilion on the ACC Network.

Both teams go into Sunday’s matinee with unblemished records, as Georgia Tech last clinched a road win on Wednesday by a 57-51 in Auburn. Cameron Swartz led a quartet of Yellow Jackets that scored in double figures and a game-high 16 points to lead Tech offensively for the third straight game. Georgia Tech held Auburn to just 26.3 percent (20-76) shooting for the game and held their opponent on under 30 percent shooting for the third time this season. Nerea Hermosa led Tech with her first double-digit performance of the season on the glass and grabbed 10 rebounds.

Taking to the streets for the first time this season, Georgia enters Sunday’s competition with a 4-0 record. The Lady Bulldogs recently had a win against Kennesaw State. All 11 players saw play action against the Owls and were passed by Brittany Smith by 20 points. Diamond Battles leads the team offensively this season with an average of 13.3 points per game. Georgia will be led by first-year head coach Katie Abrahamson-Henderson, a graduate who joined the program after coaching at UCF from 2016-22.