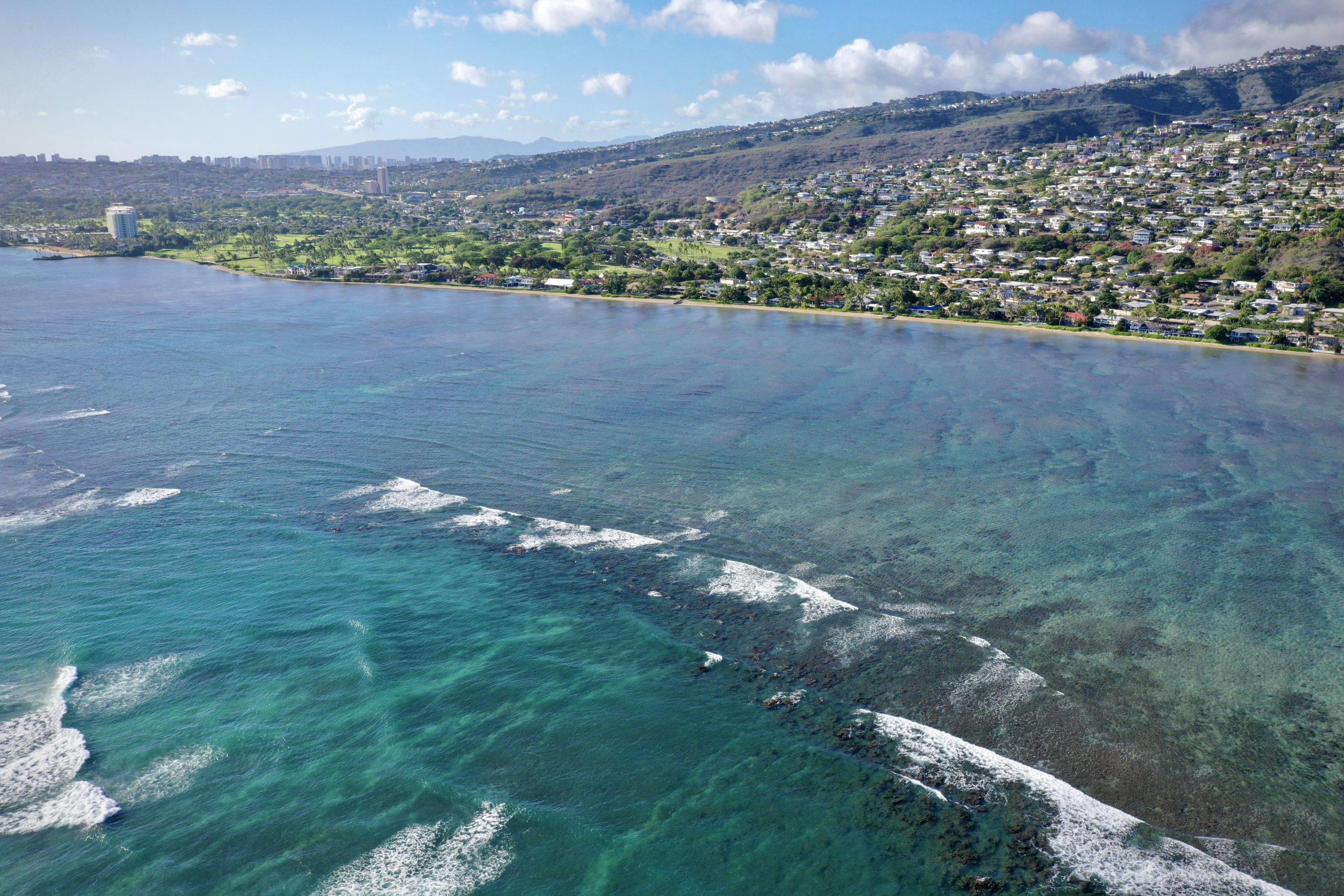 Hawaii’s coral reefs are essential to the islands, but they face a growing litany of threats. Now they’re covered by private insurance against hurricane and tropical storm damage — the first such policy of its kind in the US, proponents say.

The pilot insurance program, purchased this week by The Nature Conservancy, will cover reefs on Oahu, Molokai, Lanai, Maui and the Hawaiian Islands for up to $2 million in wind-induced storm damage from the 2023 hurricane season, officials said nonprofit group said.

TNC paid about $110,000 for the policy, which is backed by Germany-based Munich Re, according to Ulalia Woodside, executive director of TNC Hawaii. It is designed to deploy dollars faster than local government can and fund time-sensitive responses to future storms, officials said.

The new insurance approach is modeled on existing insurance coverage and pays for repairs to coral reefs in Mexico and Central America after a storm. “We wanted to see if it could be done for Hawaii,” Woodside said. “Nonprofit organizations can go out and test the water.”

The move comes as Hawaiian community groups develop so-called “reef brigades,” who train and plan how corals can be repaired and regrown after a hurricane or tropical storm. Those plans could eventually rely on the new insurance money.

Hawaii has not suffered major damage to its coral reefs from severe gale force winds since Hurricanes Iwa and Iniki struck several decades ago, officials said. However, researchers predict that the islands will soon experience more frequent and stronger storms as the effects of climate change intensify.

TNC’s Trial Insurance aims to prepare for the storms on the horizon.

“Hopefully we never have to use it. But in the event of a big storm that does a lot of damage, I’d like to be able to say, “Glad we have this,” said Ekolu Lindsey, a Lahaina resident who is involved with various conservation groups on Maui, such as Kipuka Olowalu.

“I think this is a great first step in protecting our best natural resource here. I’d rather try and fail than not try at all,” Lindsey added.

Ultimately, the payout depends on how close the storm comes and with what wind speed. The policy could be triggered at winds of 57 mph if the storm is close enough to the island, according to a chart provided by TNC.

If the policy proves viable over the long term, TNC hopes it will serve as a model to insure other valuable natural assets around the globe that are increasingly threatened by climate change, such as mangroves, swamps and sand dunes.

The nonprofit group also hopes hotels and other tourism businesses that rely on healthy coral reefs could cover the cost of the insurance program if it’s successful.

The new policy could fund a quick response because it’s designed to make those dollars readily available, TNC officials said.

Hawaii’s offshore waters are controlled by the state, but TNC stepped in to buy the policy with private donor funds because it would take many years for the state to secure funding, officials said. “The state moves very slowly,” as Lindsey put it.

Also, the state would need to seek bids for post-storm repair work and follow its own procurement process, although that work would be urgent and time-sensitive, said Ryan Okano, ecosystem conservation program manager with the state Department of Aquatics Division Resources.

In Hawaii, coral reefs are vital to the local culture, economy and environment. The traditional Hawaiian chant of creation, kumulipo, identifies coral polyps as the first form of life.

“They’re the basic species,” said Lindsey, who is Hawaiian. “If you take that away, the ocean will become relatively calm,” since no other marine life depends on it.

Makalea Ane, a TNC program manager from Maui, said she takes her children to Olowalu Reef on the west side of the island as often as possible and that it’s an important part of her family’s life.

“Everything else was born from the coral,” said Ane, referring to the kumulipo. “We are connected in evolutionary, genealogical chant.”

Coral reefs also protect nearby land from storm surges – a kind of natural infrastructure. In Hawaii, that amounts to roughly $831 million in assets protected by the natural barriers, according to a recent study published in the journal Nature Sustainability. According to the study, this is a greater benefit than any other state.

This added buffer of protection from coral reefs is a big reason private insurance companies are willing to offer coverage, said Kris Billeter, a Maui-based TNC board member. The reefs ultimately help reduce the risk of having to pay off expensive claims on homes and land on the coast, Billeter said.

Additionally, the reefs help keep premiums affordable and properties insurable over the long term, she added. In some places already severely affected by climate change, such as For example, in rural California, which has been ravaged by wildfires, the cost of insurance premiums has increased dramatically.

Coral reef insurance, meanwhile, could be a “win-win” for the community and the insurance industry itself, Billeter said.

More storms on the horizon

You might be able to overcome any of these threats on your own, but you’re in grave danger if you have to face them all at once, Woodside said. Storm damage is the latest emerging threat, she and others said.

Lara Noren, a Federal National Coral Reef Management Fellowship Hawaii grantee, has researched how much local recovery would cost after a major storm. Their work follows a 2021 Hawaii Legislature request that the Department of Land and Natural Resources study the feasibility of reef insurance. Noren’s work differs from TNC’s recent efforts.

Estimating that cost has been a challenge, especially because much of Hawaii’s coral grows more slowly than other comparable locations like Florida and Puerto Rico, where their corals are often damaged by severe storms, she said.

As part of her analysis, Noren examined other coral damage events that did not involve a large storm. For example, a recent attempt to stabilize more than 5,000 coral colonies in the Port of Honolulu after a dredging accident cost private contractor Healy Tibbitts Builders a total of about $2.5 million, she said.

Officials said the new insurance policy may not cover all of the coral’s recovery, but could at least cover the first critical days of a response.

The state could also classify Hawaii’s coral reefs as “natural infrastructure,” a move that could qualify their restoration for funding from the Federal Emergency Management Agency, Okano said. Those FEMA dollars could potentially cover any long-term effort, he added.

Meanwhile, a recent TNC study designed to free up those FEMA dollars estimated the cost of coral restoration at over $811,000 per acre.

In Mexico, a policy similar to the one TNC just bought for Hawaii paid out $850,000 after Hurricane Delta hit that region in 2020, according to Noren. It was the first year the policy was introduced there, she added.

With these funds, crews were able to clear debris from the coral, stabilize more than 2,100 coral colonies in the area and reattach about 13,570 coral fragments, Noren said. A separate policy earlier this month paid out $175,000 to help repair corals off the coast of Belize.

In a state that spends less than 1% funding its cultural and natural resources as the impact of climate change mounts, it’s important to innovate funding models, Woodside said.

The Division of Aquatic Resources is dedicating most of its planning and response to coral bleaching, Okano said. Still, TNC has kept DAR updated on its insurance plans for the past few months, Okano said. Eventually, his department could issue permits to local groups trained and able to repair coral in state waters after a storm, he said.

Lindsey said the idea of ​​putting a monetary value on something as essential to island life as coral reefs felt odd. Still, he’s willing to support those estimates if they lead to better coral protection.

If the idea catches on, he hopes the insurance could be extended to other threats, such as ship touching or other climate change-related threats.

“When you build that trust and that network, you can do good,” Lindsey said.