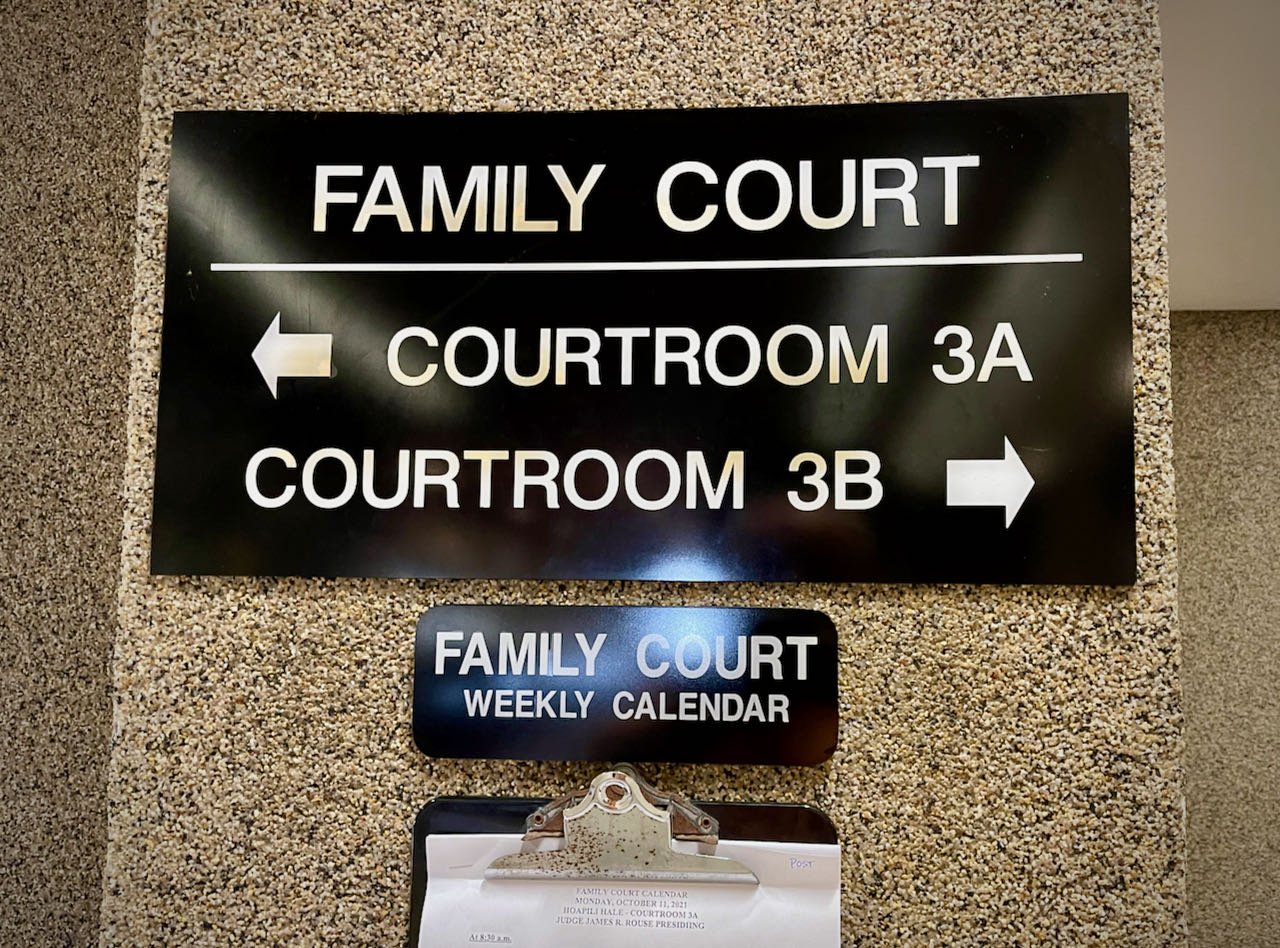 Since 2012, the Hawaii Judiciary has worked with a national council to improve the quality of family court hearings, where proceedings can lead to momentous decisions, such as whether parents lose custody of their children forever.

In November 2019, judges from across the state received training on how to conduct better hearings, including how to engage with parents and what issues to discuss to achieve goals such as avoiding or reducing foster care, or reducing the length of the Time it takes for a child to reach a permanent home.

To measure the impact, observers participated in a sample of court hearings before and after the training.

The most recent draft report showed a surprising finding: across the board, judges address almost all issues less in hearings with parents than they did before the training.

In one example, in 67% of cases, in the year and a half before training, judges spoke about efforts to reunite children with their parents or prevent them from being removed in the first place. While that number rose to 88% immediately after training – several months into the pandemic – it has since fallen to just 8%.

“What this report tells us is that Hawaii has no court system for ‘child protection’ cases at all,” wrote Richard Wexler, executive director of the National Coalition for Child Protection Reform in Virginia, in an email. Wexler reviewed the report at Civil Beat’s request.

“Hawaii has a conveyor belt of injustice where everyone pretends to hold hearings, but they just go through the steps before signing off,” he added.

Janet Sherwood, a California attorney with child protection trial experience and appellate attorney, attorney and judge, also reviewed the report. She said this should be seen in the context of the pandemic, which began in March 2020. Remote video hearings have a very different dynamic than parties that meet in person, she said.

“I think a lot of judges were really stressed out by this way of doing business, just trying to do the things required by law, and didn’t see the engagement issue as very important given the emergency situation,” she wrote in an email.

But she also sees a more persistent problem. In order for family courts to meet the high standards of the National Council of Juvenile and Family Court Judges, the Reno, Nevada organization that works with Hawaii and other states, far greater resources would need to be dedicated to family courts.

“There would be better outcomes because there would be enough time for everyone to have their say and for the courts to have a full picture of what is going on in this family before making any life-changing decisions,” she said.

Despite Civil Beat’s request, the judiciary did not arrange an interview with an officer familiar with the Court Improvement Program.

Trying to improve family court hearings is part of Hawaii’s involvement in the CIP. The US Department of Health and Human Services has for years provided funds to all 50 states, Washington DC, Puerto Rico and the US Virgin Islands to test and implement innovative methods that lead to better outcomes in child welfare cases.

Hawaii not. In fact, the judiciary required Civil Beat to file a request under the state’s public records statute, the Uniform Information Practices Act, to obtain the reports and charged a fee for doing so. The Justice Department provided a dozen 2014 documents that contain a wealth of information about the challenges facing the state’s family courts and efforts under the Court Improvement Program to address them.

Trying to have better hearings was one of the main initiatives. A basic assessment of Hawaii’s practices found that court hearings rarely touched on the issue of keeping a child at home instead of going into foster care, or obstacles in finding permanent placement for a child. The judges rarely asked the parents if they had any questions or if they understood the next step. Specific needs of children, such as education and mental health, were also not often discussed.

A 2015 assessment found that these practices had improved little.

These efforts eventually led to the training of judges in 2019 on “enhanced resource guidelines” aimed at improving hearings. Court observers from the Judiciary Council and later, during the pandemic, an Oahu attorney general, used a coding form to capture interactions with parents and the topics discussed.

The latest findings were based on observations between December and February at 49 hearings. They weren’t encouraging.

The judges spoke directly to parents and children in most cases, addressing them by their names. But all other “engagement strategies” were inconsistent, the report said, including whether parents and children understood the nature of the hearing and next steps or had questions.

“Topics of discussion relevant to all hearings were discussed very limitedly or not at all,” the report said. For example, at none of the hearings did the parties discuss what prevented the child from being returned that day or how a child might spend time with siblings. The crucial question of reuniting the parents with their children or preventing their deportation was only discussed in 8% of the cases – and even in half of them it was only a statement, not a substantive discussion.

Compared to pre-training observations in 2019, discussions about child safety decreased by 52%, issues related to legal representation decreased by 45%, and maintaining lasting connections decreased by 41%. The only topic discussed more frequently was children’s mental health, which increased by 4% compared to before training.

There were some bright spots. “Judicial conduct” was deemed appropriate at all hearings. Only six out of 49 hearings continued.

But the list of shortcomings was much longer. Children and other family members rarely attended hearings, probably because of Covid-19, while parents and their lawyers were there only half the time. Of the children and parents who showed up, “none of them were given the opportunity to be heard.” Many opportunities to involve families were lost and there was an overall lack of substantive engagement with important issues such as aspects of child welfare.

The average hearing lasted 15 minutes — not enough to go into the intricacies of each case, the report said.

That’s a shockingly short time, a matter of life and death, Wexler said.

“Considering how little is happening at these hearings, I’m surprised they’re taking so long,” he said. “When the judges don’t ask questions, the parents aren’t allowed to speak, and sometimes the lawyers don’t show up, how do they fill the time?”

Ask yourself what is preventing a child from returning home that day. Wexler called this the single most important question a judge could ask, leading to a discussion of issues like housing and childcare that the state could help solve.

“Yet in all the hearings observed, not a single judge cared enough to even ask the question,” he said.

“The resource guidelines have been in place for at least 20 years, and no court I know of has ever followed them,” she said, which is required by law, let alone spending time ‘engaging’ participants.”

Only more resources, she said, would allow the courts to meet the goals. But when that happens, she said, “The quality of the experience for all participants would improve significantly.”

Martin Guggenheim, a New York University School of Law professor and a leading national expert on family defense, agreed that Hawaii’s blunders are common among states.

“In my experience, when court observers report on current proceedings, they almost always reveal common and common flaws in the process,” he said. “These results fit this pattern perfectly.”

One change that could help, Wexler said, would be opening family court hearings to the public, as is the case in states where at least 40% of foster children reside.

“The simple fact that everyone in this courtroom knows that a reporter or someone from the public could walk in and see them doing their job is likely to improve the way they do their job,” he said.

This project is supported by the Fund for Investigative Journalism.