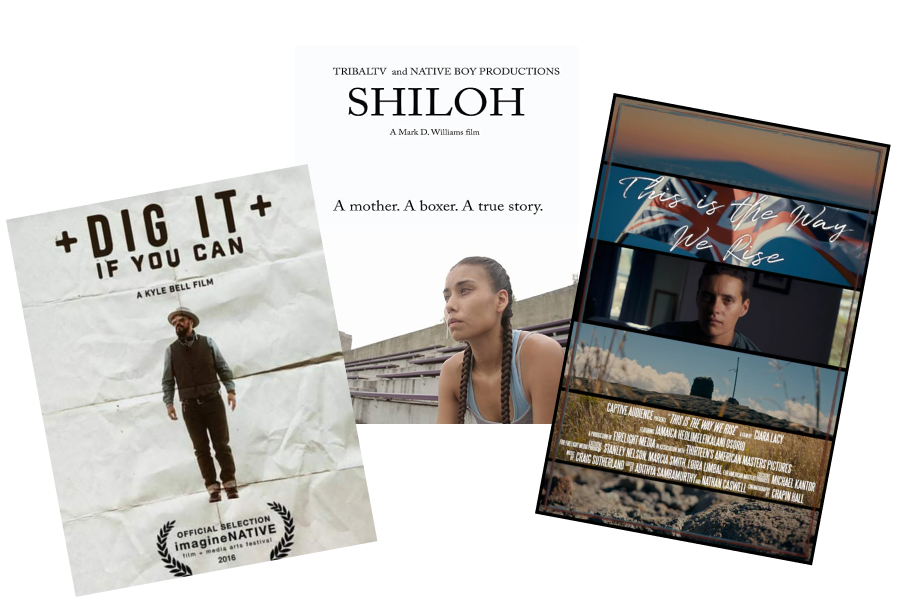 While we all look forward to spending another long weekend this Thanksgiving day, hopefully filled with family and friends after a well-prepared dinner, we should also take this time to engage with Native American-produced media occupy.

During this year’s Native American Heritage Month, take some time to see how various independent Indigenous artists continue to express themselves and their culture through film. From the Arts and Culture Department here are three short documentaries dealing with indigenous peoples and cultures.

Bell, who hails from the tribal town of Thlopthlocco Creek and currently resides in Tulsa, Oklahoma, documents the work and life of Kiowa-Choctaw artist Steven Paul Judd. Judd explores what pop art-style imagery can convey something about Native American politics and culture. In the documentary, Judd shows his mural “War Paints” painted in an alleyway in Los Angeles and explains that it is a rebranding of traditional war paint concepts. in a (n interview with the Princeton University Art Museum, Judd describes art as “the war paint of the modern warrior.” For him, his warpaint is any medium he uses to advance a social cause. This is also manifested in his use of Photoshop and film to deconstruct colonialist caricatures of indigenous peoples. He wants to create the art that would have captivated him as a child and ensure that people see his indigenous perspective at the forefront of his work. Bell’s film is available for free via Vimeo With a runtime of less than 20 minutes, this is a great watch when you need a creative boost to tackle your next project.

“Shiloh” follows Diné and Lakota Sioux boxer Shiloh “Shy” LeBeau as he prepares for the 2016 Ringside World Championship. Williams takes us inside LeBeau’s personal life, reveals her life as a college athlete and mother, and follows her from training to after home to work. LeBeau talks about how her sport demonstrates her commitment to herself and others. Her strength, she explains, comes from her family. “Shiloh” explores the tension between Lebeau’s passion and attraction to her family and the integral role both parts of her life play in her success. This short film has a running time of 31 minutes and is available now Rent or buy on Amazon Prime.

Jamaica Heolimeleikalani Osorio, a Kanaka-Maoli-Wahine poet from Hawaii, plays with Hawaiian and English to represent Hawaiian art in colonialism. Osorio worries about Hawaii’s “pilina,” the state and sense of connectedness, and how it is being threatened by land developers acting without the consent of local people. Osorio serves as an assistant professor of indigenous and native Hawaiian politics at the University of Hawaiʻi at Mānoa, and her work as a poet focuses on the history of Native Hawaiian oppression and resistance. Osorio shares that poetry became the way she effectively poured her voice in, leading her to speak at the 2009 White House Poetry Jam. The film revolves around Osorio’s journey back to poetry as a form of resistance to the development of Mauna Kea. For a story where art and activism become two sides of the same language, consider Lacy’s film. “So We Rise” is available free on PBS and is the shortest of the three films at less than 13 minutes.