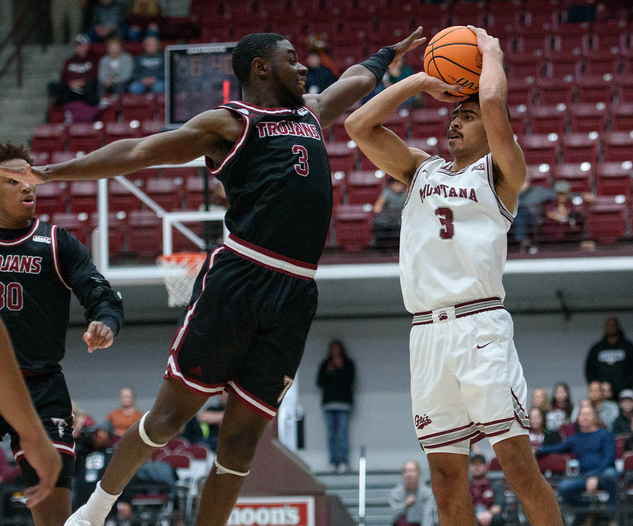 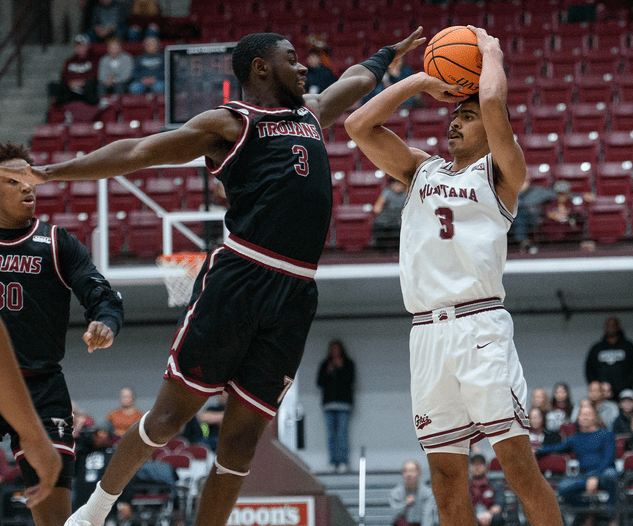 Both the Troy University men’s and women’s basketball teams were away from home this weekend, competing in tournaments in Montana and Hawaii, respectively.

After the Troy men’s team (5-1) won their fourth straight game of the season opener in game one of the Zootown Classic in Missoula, Montana, the Trojans lost to St. Thomas in the last second on Friday night. Trailing 76-74 with 24 seconds to go, Troy’s Duke Miles knocked down two free throws to tie the game. St Thomas’ Andrew Rohde then hit a jumper when time was up to hand the Trojans their first loss of the season.

The Trojans bounced back on Saturday with a 73-62 win over host school Montana. The Trojans shot 40.7 percent from the field, winning the rebound fight by 37:35 and forcing 12 turnovers to win. Despite trailing 32-26 at halftime, Troy exploded in the second half, beating Montana 47-30 at the half.

“I’m just super proud of our boys,” said Troy coach Scott Cross. “What a great second half for us. We played as well defensively as we have all year.

“These guys keep fighting through adversity. The way we lost yesterday, being down in the first half and still being totally defensive defensively in the second half says a lot about our lads.”

A total of five Trojans hit in double figures against Montana, with Phillips taking the lead with 14 points and four rebounds while Zay Williams added 13 points, eight rebounds and two blocked shots. Christyon Eugene had 12 points, seven rebounds and two steals while Punter had 11 points and Miles had 10 points.

After a 2-0 road trip to California, the women’s team competed in the Hawaii North Shore Showcase in Oahu, Hawaii. The Trojans (3-2) opened Saturday with a 68-62 win over BYU (1-4).

The Trojans went into the fourth quarter with a slender lead but were able to extend that to six points several times and keep the Cougars from a tie in the last third.

Troy’s Nia Daniel had a career-high 17 points, while Ja’Mia Hollings and Jada Walton each had nine points and six rebounds. Tai’Sheka Porchia scored eight points and grabbed seven rebounds. BYU was led by Lauren Gustin with 21 points and 12 rebounds while Rose Bubakar had 19 points.