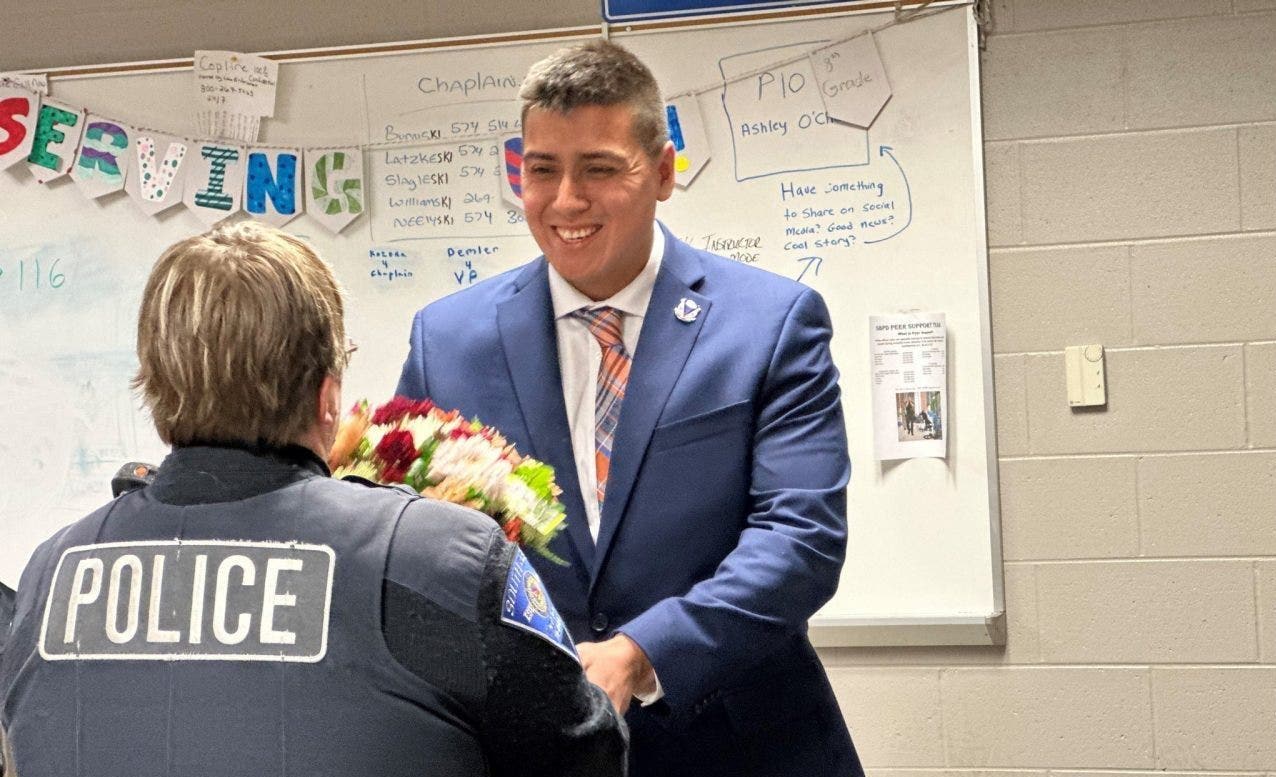 A South Bend, Indiana police officer received a heartwarming thank you 24 years after he saved the life of a toddler who was driving alone in traffic.

The reunion was shared on the South Bend Police Department’s Facebook page on Nov. 16, when 27-year-old Roberto Theiss showed up at the department looking for Officer Anne Hayes.

On July 16, 1998, a caller to 911 reported a child swerving in and out of traffic on the northeast side of South Bend. Officer Hayes quickly got to the scene, put the boy in her squad car, and waited for other officers to respond to the call.

Theiss said he couldn’t remember much, but he does remember being taken to the train station and accidentally spilling a drink in the break room. While an officer went to buy him a new drink, longtime civilian employee Emma Beserra gave him a stuffed animal and began addressing him in Spanish.

More than two decades later, the department said Theiss returned to the station last Wednesday with a simple request — to personally thank Officer Hayes for saving his life.

Dressed in a suit and holding a bouquet of flowers, Theiss waited in the doorway for roll call from the 2nd Commando. Captain Joe Leszczynski then nodded to him and he entered the room full of officers and reporters to meet with Officer Hayes.

Theiss explained that the officer’s actions that night helped him become the man he is today. After leaving the police station in 1998, Theiss was placed with a foster family and adopted.

When asked why he wanted to meet Officer Hayes more than 24 years after the incident, Theiss said he was preparing to leave for military service and it was his mission to “give the officer who saved him from his departure.” thank and hug him”.

“From a police officer’s perspective, a person’s life story can begin and end with a phone call,” the department said in the Post. “But in this case we are grateful that Roberto has come back to share his sequel.”