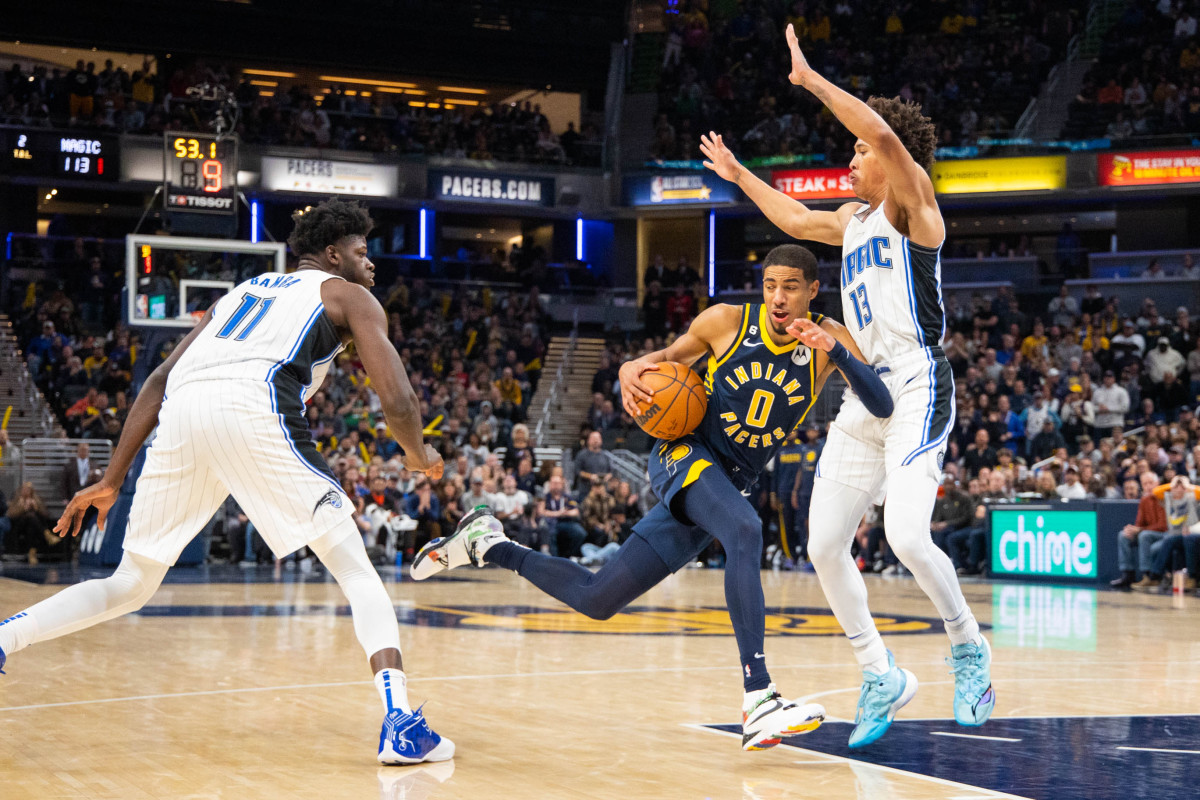 The Indiana Pacers are hosting the Orlando Magic Monday night in a replay of a game played Saturday. The Pacers won that fight 114-113 after a strong second half.

The Pacers are one of the most surprising teams this season in the NBA at 9-6, and they’ll move into the top 4 of the Eastern Conference if they win tonight. The Magic are better than their 5-12 record suggests and troubled Indiana in a game that boiled down to last-minute possession on Saturday.

“They go hard, they have a really interesting group of big guys. They’ve got a lot of length out there, they’re all skillful,” Pacers head coach Rick Carlisle said of the Magic Saturday.

Spread and Over/Under: The Pacers are the favorites against the Magic as they are -6.5 on the SI Sportsbook. The over/under for the game is 226.5.

The Pacers are missing Chris Duarte (left ankle) and Daniel Theis (right knee). Andrew Nembhard (left knee) is questionable and Kendall Brown and Trevelin Queen are questionable as they could be in the G League on their two-way contract.

Aaron Nesmith vs. Franz Wagner: Nesmith had perhaps his best career game in Saturday’s Pacers win, and his defense against Wagner was a big reason for that. The Orlando forward still had 29 points but Nesmith made his life that much harder.

Nesmith not only defended well but finished the game with 19 points and the free throws that won the game. He’ll need another superb performance if he wants to keep up with Magic’s Germany forward.

Myles Turner vs. Mo Bamba: Bamba had 21 points and nine rebounds on Saturday while Turner had 20 points and 11 boards. Statistically, the two players had similar nights, although Turner was far more impactful thanks to his defense and decision making.

The two former Texas Longhorns will face off again on Monday. If one of the big men can stand up and break away from the other, it would go a long way toward helping his team win.