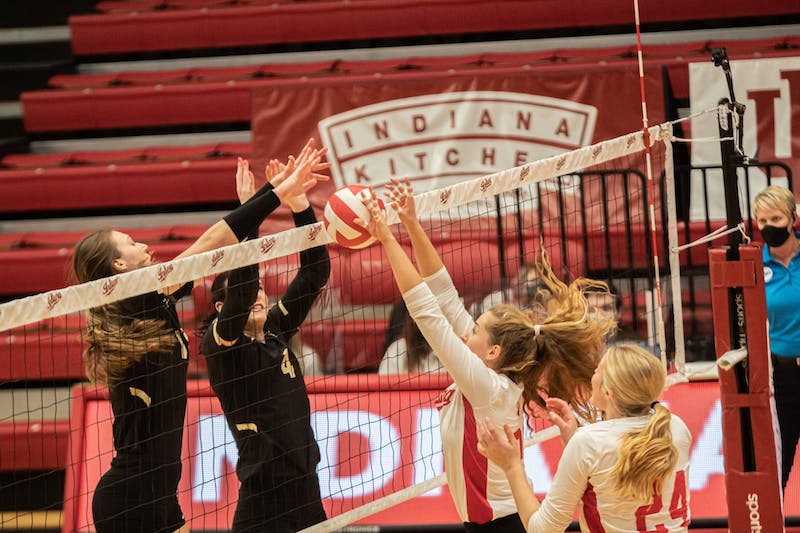 Indiana Volleyball will return home and face Northwestern in one of its last home games of the season. To wrap up the upcoming game weekend, the Hoosiers will then play No. 5 Ohio State in Columbus, Ohio.

The last time Indiana faced an unranked opponent was on October 28 against Rutgers when the Hoosiers defeated the Scarlett Knights 3-1.

Northwestern is 17-11 in the season and losing three straight games going into Friday’s matchup. Starring in the Wildcats roster is fifth-year sweeper Megan Miller. Miller leads the Big Ten with 417 digs this season and is an integral part of Northwestern’s backline.

Alongside the experienced libero is senior outside hitter Temi Thomas-Ailara. She has 431 kills this season, averaging 4.27 kills per set.

The win extended the Buckeyes’ winning streak to 14 games, securing the team’s unbeaten record since September.

Ohio State’s roster is filled with veterans, including senior setter Mac Pordraza, who has averaged 951 kills and 11.06 per set this season. Another contributor to the nation’s No. 5 team is Kylie Murr, fifth-year libero; Being present in every set this season, she has 379 kills to her tally.

To improve Indiana’s postseason chances, the Hoosiers need to win at least one of their two games this weekend. Senior setter Emily Fitzner shared her insights into how the Hoosiers are trying to deal with that late-season pressure.

“Those hard pressures that we get in when we’re in these really big games are very external, but we try to just put them on our team,” Fitzner said. “Just to focus on our team.”

Indiana will play Northwestern at Wilkinson Hall at 7:00 p.m. Friday and then play Ohio State away at 1:00 p.m. Sunday. Both matchups can be found on BTN+.