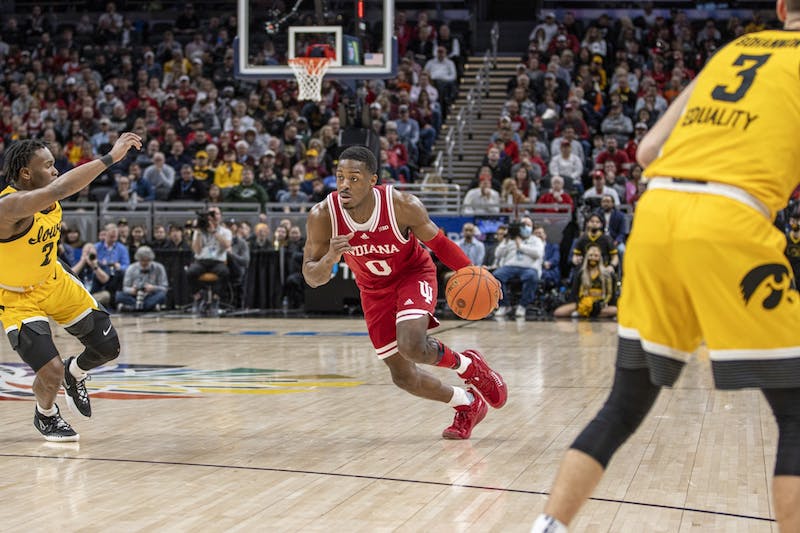 After escaping the tight clutches of the Cintas Center with an 81-79 win over Xavier University on Friday night, the No. 12 Indiana men’s basketball team returned to its home state, stopping in Indianapolis for its next matchup. The Hoosiers meet the Miami University RedHawks at Gainbridge Fieldhouse on Sunday night as part of the week-long Hoosier Classic.

On Friday, however, Indiana needed senior-ranked forward and preseason All-American Trayce Jackson-Davis to show his usual caliber. Jackson-Davis lost 30 points in the win and was only three minutes on the bench.

Graduate guard Xavier Johnson also put in an outstanding performance, recording 23 points and seven rebounds during his time on the court. He had all the game-winning defensive rebound, free throw and steal to silence the Musketeers in Indiana’s first real road win since 2011.

The Hoosiers likely won’t need another 30-point performance from their senior captain against the RedHawks, or much action from the starters in general. That means Geronimo, Galloway, Reneau and second guard Tamar Bates have another chance to improve.

Miami boasts a 1-3 record this season, with the only win coming against Goshen College, an NAIA team competing in the Crossroads League. Marian University and the University of Saint Francis, which beat Indiana by 36 and 45 points respectively during preseason exhibitions, are part of the same conference.

The RedHawks’ losses came from the University of Evansville, the University of Georgia, and Marshall University. The duel against Marshall – the team Jackson-Davis faced last season with 43 points – was the worst, showing a 26-point loss. Losses to the Purple Aces and Bulldogs ended in single-digit losses.

Miami is led by graduate guard Mekhi Lairy and senior forward Anderson Mirambeaux, who are averaging 16.2 and 15.8 points per game, respectively. Sophomore guard Julian Lewis and freshman guard Billy Smith both hold team highs in rebounding at 6.3 per game.

Jackson-Davis is averaging career highs as this young season begins, with 22 points per game and a 75.7% shot rate from the field.

Indiana’s freshman phenomena — guard Jalen Hood-Schifino and forward Malik Reneau — have also gotten off to a strong start to their careers. Hood-Schifino has 16 assists and five steals as the team leader, while Reneau is second on the team on 12 points per game and rebounding from the bench with five.

Tipoff is scheduled for 5:30 p.m. and the game will be broadcast on Big Ten Network.