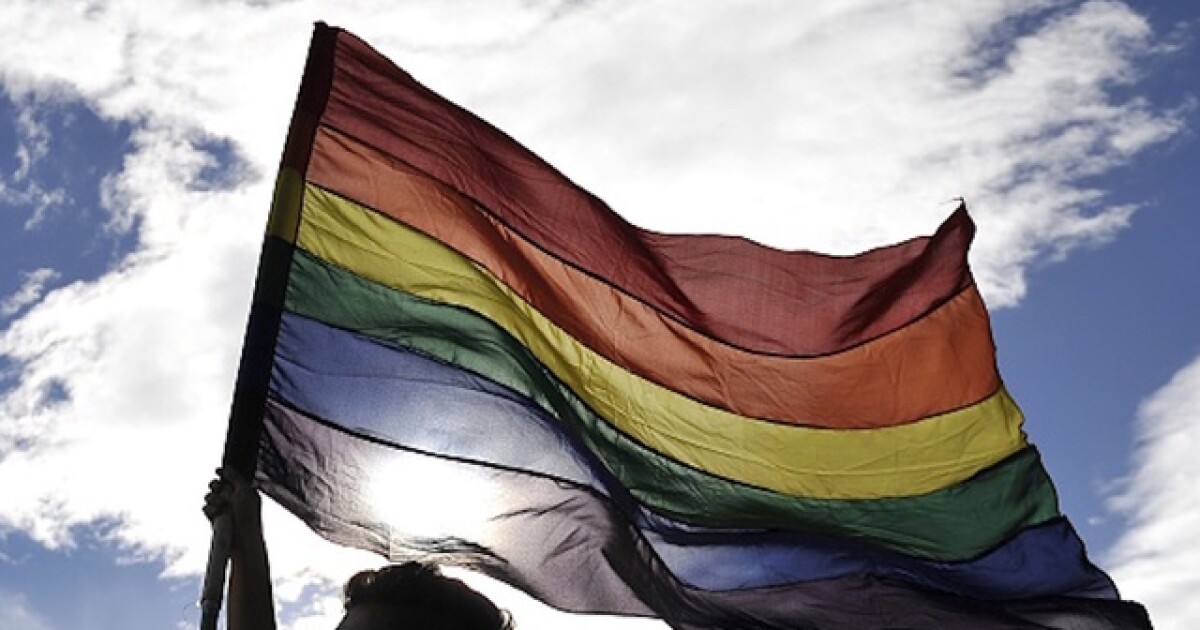 INDIANAPOLIS – November 20 is recognized as the Transgender Day of Remembrance (TDOR).

The Damien Center, Indiana’s oldest and largest AIDS charity, condemns “this senseless act of hate and violence and those who incite hatred and divide the LGBTQ+ population.”

“It’s so hard because we see this all the time on the news — all this shooting and violence, but it was so much more personal for me as a gay man to see this attack on my community this morning,” said Alan Witchey, President and CEO at Damien Center, told WRTV. “It just made me insecure, it made me insecure about life and my safety. I hated feeling like this; I hated thinking maybe I wasn’t safe, and that’s how you feel when your community is under attack.”

According to Witchey, TDOR is about celebrating and remembering those who are no longer here, but also about recognizing the uncertainty people face.

“I don’t know if that person was specifically targeting that day… you certainly feel less safe after a very violent incident,” he said.

The Indiana Youth Group (IYG), which offers programs that empower LGBTQ+ youth ages 12 to 24, says they “remain available to support all young people and provide them with a safer place to go.” they can process their emotions when they stagger from the memory that queer people remain disproportionately to the target of violence.”

“We need to educate ourselves, educate our community that LGBTQ people are just trying to live like everyone else,” Chris Paulsen, IYG CEO, told WRTV. “The hate speech that is being leveled at us every day continues to make these events happen.”

Paulsen says the shooting is a reminder that violence can happen anywhere.

IYG is open during the week for youth looking for a safe space to come in and socialize. Teens do not need to have previously interacted with IYG and the services are free.

Indy Pride, Inc. released a statement on Twitter, which read in part, “Waking to the news of yet another mass shooting at a local LGBTQ+ gathering space reminds us how sacred our love, lives and safe spaces are. “

“For the LGBTQ+ community in Indianapolis, it’s okay to be heartbroken, sad and angry. We see you and remain committed to creating safe, affirming, and joyful spaces for you. We will not be shaken by those who are threatened by our ability to live openly as our truest and most beautiful selves. Take care of each other, we love you,” Jenny Boyts, president of the Indy Pride Board, said in a statement to WRTV.

Below you can read the full statements of each organization.

On behalf of the entire Indy Pride team, not only am I saddened and heartbroken by this horrific attack on our LGBTQ+ family in Colorado Springs, I am also angry and furious.

The direct correlation between the false and horrific rhetoric about LGBTQ+ people being peddled by extremists and the nearly 300 anti-LGBTQ laws enacted this year, including in our own state of Hoosier, and the dozens of attacks on ours queer community is easy to spot This one.

It has not escaped my notice that this mass shooting took place on the eve of Trans Day of Remembrance when we honor the memory of our slain trans friends and family members, this attack only deepens the trauma and tragedy for everyone in the LGBTQ+ community.

As we rapidly organize gunshot wound training and re-evaluate safety plans in partnership with our queer facilities and safe spaces to ensure we are doing everything we can to keep Indianapolis’ LGBTQ+ community safe; We challenge and will hold our allies, community leaders and legislators accountable, to condemn the hateful rhetoric directed against our beautiful, bright and vibrant community. This Colorado Springs attack is exactly what happens when hateful propaganda is amplified and left unchecked.

And for the LGBTQ+ community in Indianapolis, it’s okay to be heartbroken, sad, and angry. We see you and remain committed to creating safe, affirming and joyful spaces for you. We will not be shaken by those who are threatened by our ability to live openly as our truest and most beautiful selves. Take care of each other, we love you.

The Indiana Youth Group (IYG) is heartbroken to hear about the shooting that took place at Club Q in Colorado Springs last night. As devastating as this news is, it is unfortunately all too common. The risk of violence and hate crime is always on the mind of LGBTQ+ people. These risks are even more prevalent for members of our community who are race and/or transgender, non-binary, or otherwise gender-specific.

Sadly, as far as we often feel we have come as a nation, hate and violence against LGBTQ+ seems to remain constant. Tragedies like last night are often fueled by hateful and defamatory rhetoric directed against the queer community in politics, media and everyday life. Whether intentional or not, queerphobic language and political action have devastatingly harmful and even deadly effects. Until such hate speech is stopped and federal hate crime laws are passed to protect LGBTQ+ citizens, these tragedies will continue to happen.

It’s worth noting that this shooting happened minutes before Transgender Memorial Day, a date when our community remembers and honors our transgender friends, family and loved ones who have been lost to senseless violence, brought on by hate and fueled ignorance. We also recognize that these events can have a serious negative impact on young LGBTQ+ people who are already struggling with hatred and hostility and afraid to be themselves. IYG is here for the young people of Indiana and encourages anyone struggling or afraid to reach out to us or someone you trust for support.

IYG will continue to advocate for LGBTQ+ people and fight discrimination and hate to make Indiana and the rest of the country a safer place for all queer people. Our hearts go out to the victims and survivors of last night’s tragedy, and to their families, friends and loved ones. We pledge to do everything in our power to help end senseless violence against our community.”

“Our hearts are broken for those who lost their lives and were injured in another senseless mass shooting last night, this time against the LGBTQ+ community in Colorado Springs. The Damien Center condemns this senseless act of hate and violence, as well as those who incite hatred and divide the LGBTQ+ population.

This mass shooting took place just minutes before Transgender Day of Remembrance, an annual day celebrating and honoring transgender and gender-balanced people who have lost their lives to violence. It also recognizes the countless community members who continually face discrimination and violence in our country and around the world.

No one should fear for their life for who they are, yet violence and hate crimes against LGBTQ+ populations continue to rise in our country. The Damien Center strives to be a trusted partner in providing services, education and advocacy for anyone seeking a safe and welcoming home for care by providing support groups for transgender and non-binary people, free mental health services for Provides LGBTQ+ people and gender-affirming medical care. We will continue to support and expand our services for people who identify as LGBTQ+, particularly those who identify as transgender, non-binary or gender-biased.

We know that according to the American Psychiatric Association, LGBTQ+ people are 2.5 times more likely to suffer from depression, anxiety and substance abuse compared to straight people, and violent hate crimes like the Club Q shooting only exacerbate these problems. We encourage anyone facing anxiety, fear, or any other emotion to reach out to The Damien Center for help.”