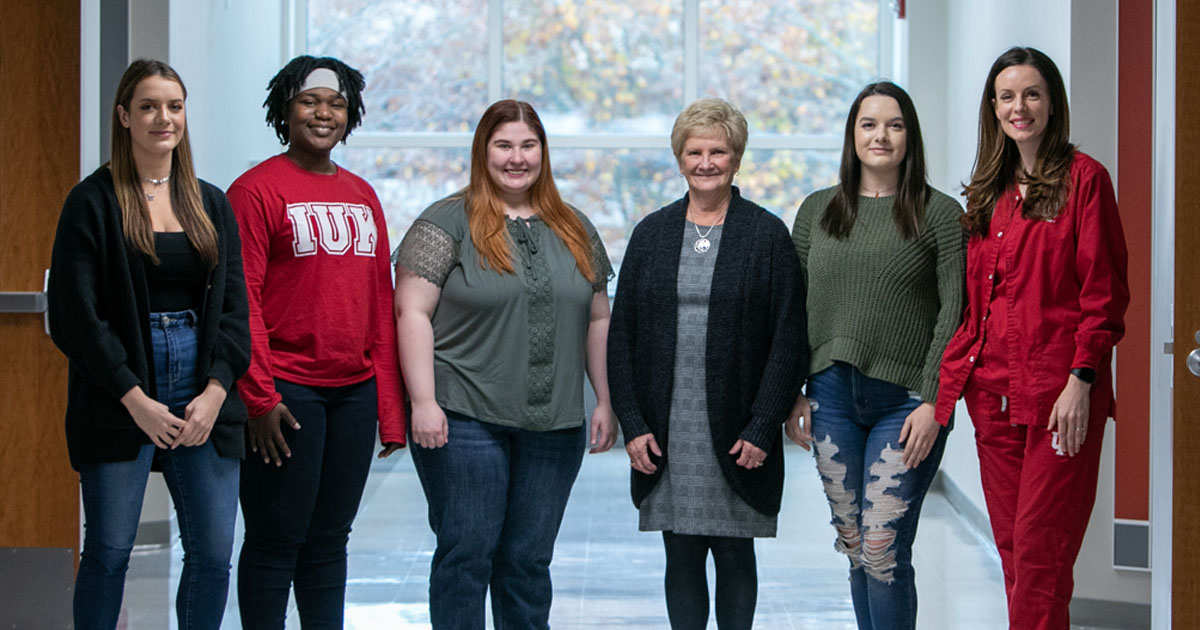 But the real winners are their fellow students using the Cougar Cupboard campus pantry.

Members of the Alpha Chapter of Sigma Theta Tau Volunteer Nursing were the top collectors among students from nine IU School of Nursing campuses at a food drive in October, raising 297 items. While the competition ended on October 31, IU Kokomo students continued to collect until November 17 to replenish the campus pantry, collecting 660 nonperishable nonperishable foods.

Senior Sydney Robison said that as future nurses, they consider people’s overall well-being and food is an important part.

“The ethical principle in this profession is to do what is best for your patients and to provide them with the things they need,” said the Rochester resident. “Going to school on an empty stomach or not knowing where your next meal will come from is a huge burden for families. I wanted to help because I don’t want anyone to have to deal with it.”

“I’m so proud of those who worked to make this happen,” she said. “From planning to visiting different cohorts to spread the word to creating flyers and tracking article counts, they did everything.”

Naomi Fakolade, a senior from Houston, Texas, said the donations came at a critical time for the Cougar Cupboard, with a 50 percent increase in the number of food orders this school year compared to last. It provides the campus community with free, non-perishable groceries, toiletries, and school supplies.

As a senior graduating in December, Katie Robison, also from Rochester, said attending was particularly meaningful.

“We have been told that we should leave a legacy and this is something important to put our efforts on hold, especially as inflation has caused food prices to rise significantly,” she said. “If you don’t have anything to eat, your health begins to deteriorate, and that has lasting effects.”

“The ability to give back is really powerful,” she said. “I know what it’s like, and as a nurse, it means a lot to be able to make a positive impact in someone’s life, even if it’s just toothpaste.”

She added that those who need the closet’s resources can request them anonymously without their fellow students knowing. She hopes they know the campus community has their back.

“The people who use the closet don’t all look the same, and they can’t be put in a box,” Smith said. “Their situations are unique and they do their best. We support them and we cheer them on even though we don’t know who they are.”

To request or donate food from the Cougar Cupboard, go to iuk.edu/cougar-cupboard/