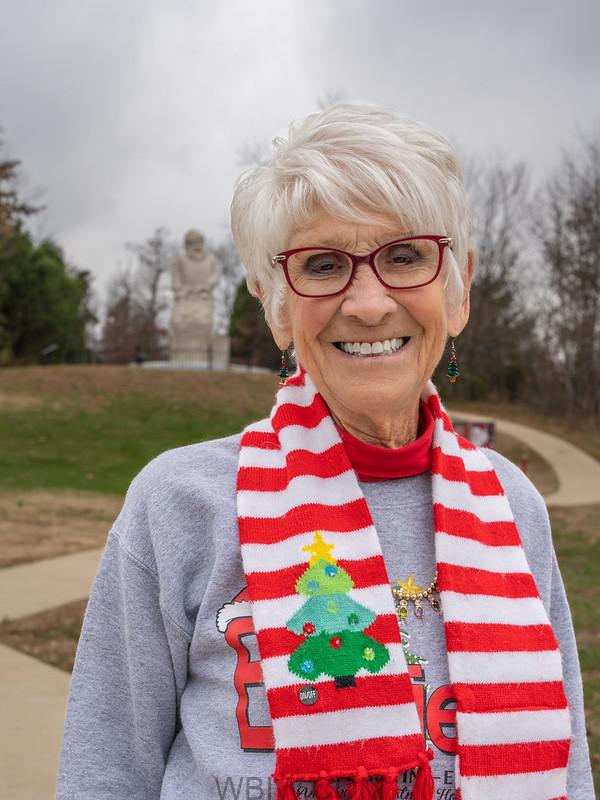 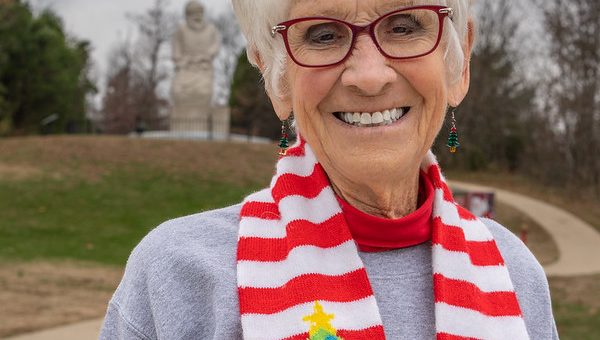 A ceremony to celebrate the honor will be held on Friday, December 2 at Heritage Hills High School’s Will Koch Family Auditorium.

“Pat Koch is a southern Indiana powerhouse who put Santa Claus, Indiana, on the map. While her path to success has had many twists and turns, the underlying theme of her life’s work is service to others,” said Gov. Holcomb. “Pat embraces her fellow Hoosiers with love and kindness. From the countless smiles you’ll find at Holiday World, or the love you feel in every letter she writes to a child asking Santa for that special gift, Pat is one reason the Christmas spirit is alive and well and why they deserve honoring the highest of Indiana.”

The sachem is awarded annually to recognize an individual whose lifetime of excellence and moral virtue has brought fame and glory to Indiana. Past recipients include citizen leader Jim Morris (2021), Holocaust survivor Eva Mozes Kor (2017), and Rev. Theodore M. Hesburgh, President Emeritus of the University of Notre Dame and World Statesman (2006). Koch is the sixth Sachem laureate to be appointed by Governor Holcomb.

Koch, 91, is an active member of the Spencer County Chamber of Commerce, America’s Christmas Hometown Committee in Santa Claus, Wisdom Program in the Diocese of Evansville, the Santa Claus Museum and Village, and serves on the Executive Advisory Council of the Sisters of St. Benedict. Koch continues to oversee the Patricia Koch Family Education Endowment, which provides financial assistance to students at Reitz Memorial High School and Mater Dei High School.

Koch began a career in servitude by making the ultimate commitment to those of the Catholic faith by entering the fellowship of the Daughters of Charity St. Vincent de Paul. There she received her bachelor’s degree from St. Louis University and became a registered nurse. Koch made the difficult decision to leave the order when her father fell ill. She eventually married the late Bill Koch and together they ran Santa Claus Land, now known as Holiday World & Splashin’ Safari.

While serving at the Spencer County theme park, Koch has made a lasting impact on the community through volunteerism and hospitality. In 1996 she helped build St. Nicholas Church in Santa Claus and is a current member. In 2006, Koch founded the Santa Claus Museum and still holds the title of Chief Elf of the Christmas Elves, who help Santa Claus answer letters from children from around the world.

Over the years, Koch has taken the opportunity to mentor students working at Holiday World & Splashin’ Safari and to share with them her love of hard work, perseverance and education. Koch set a good example when she earned a Masters in Counseling at age 70.

Born in Mariah Hill, Indiana, Koch and her late husband raised five children; She has 13 grandchildren and four great-grandchildren.

In 1970, Governor Edgar D. Whitcomb introduced the Sachems, a group of business, industrial, publishing, banking, and legal leaders who served as state hosts, welcoming visitors to Indiana, and promoting the state’s culture and economy. The organization’s name comes from the Algonquian term used for village leaders, implying wisdom, judgment, and grace.

After Whitcomb’s tenure, the Sachem project was abandoned and the organization disbanded in 1989. Whitcomb visited Governor Daniels in 2005 to acquaint him with the concept. Governor Daniels recreated the sachem to emphasize the importance of moral example; Achievement alone without exemplary virtue does not qualify a person for this recognition.

Including Koch, seventeen Sachem Awards have been presented since the honor was revived in 2005. Each Sachem Prize winner will receive a specially designed sculpture. All sachem recipients are selected by the Indiana governor. Click HERE for a full list of recipients.