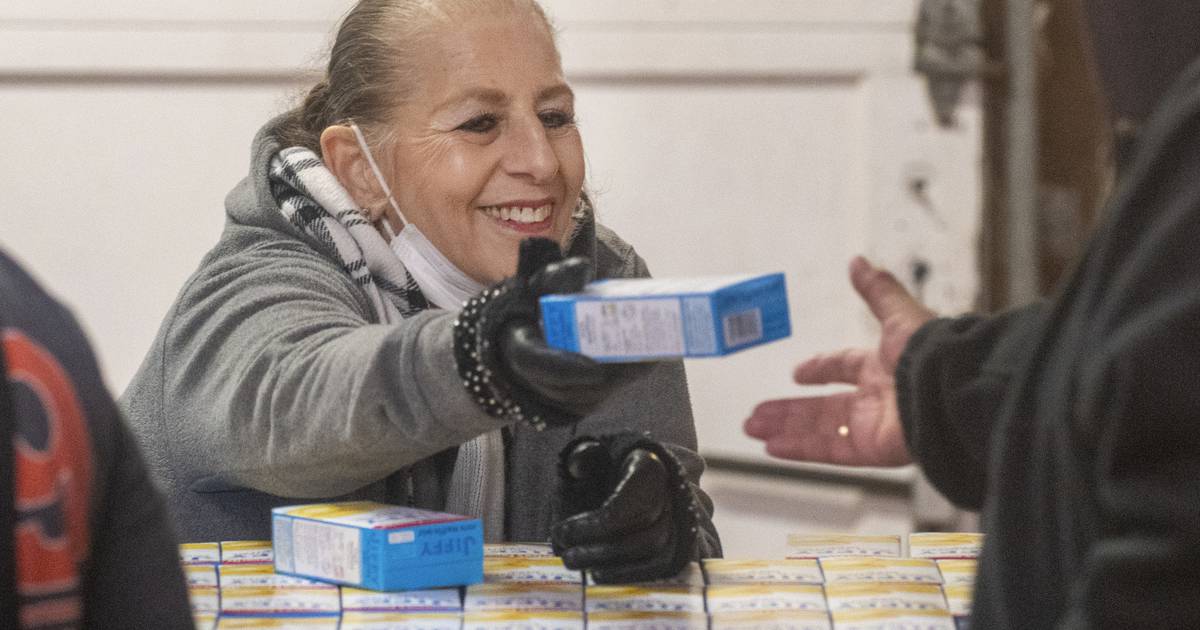 When it came time to get going again, Nina Zamora-Ojeda was ready.

It usually takes a lot of work to put together the list of hundreds of families for the volunteers, but this year she made it easy.

“It was exciting. It felt really good,” said Zamora-Ojeda, 42. “It just feels good to have everyone here.”

People’s Turkey Drive – which she organizes with East Chicago friends Juan Fernandez and Jason Reyes – is back this year after a two-year hiatus due to the COVID pandemic, delivering meals to about 800 families.

The turkeys, bought from Mariano in Joliet, were due to arrive Sunday before they began shipping.

There were obstacles. Food prices have gone up. Turkeys and mashed potatoes were hard to find in bulk. Many smaller donations were not made at first.

Nevertheless, they have survived. Planning the ride itself takes about three months and will cost about $22,000 to $23,000 this year, Reyes said. A group from the Franciscan Alliance donated $5,000, a spokeswoman said.

The organizers receive names from people in need in North Township, churches, schools and some of their own volunteers. The Gary Housing Authority gave over 200 names, Reyes said. Valparaiso Community Schools gave 80.

A single job loss could turn one’s fortunes. A volunteer donated $100 just to get a meal for herself after an unexpected layoff.

When they started 12 years ago, they packed 34 Thanksgiving meals, Reyes said. Her goal was 1,000 meals. If they don’t make it this year, try again next year.

In addition to packing meals, volunteers make sure families are home for deliveries over the phone.

The last year has been an “emotional wreck” personally and they were just happy to get going again, he said. Fernandez compared the fight to the Avengers’ fight against Thanos. In the end, the volunteers were like the portal opening and saved the day.

Andy Garza, 51, of Tinley Park, who is originally from the East Chicago waterfront in Indiana, said he knew the organizers through mutual friends. He first got involved a few years ago with a donation on behalf of his company, El Oso Construction. It has now become a tradition where he encourages employees and gets his children aged 30-7 and even his grandson to volunteer.

“It’s about helping people who have helped us over the years,” he said.

Debra Bolanos, 64, executive director of East Chicago’s Xel-Ha Escuela de Danza (Xel-Ha Dance School), recruited some teens to volunteer and said she wanted to help get the event “back on track.” .

“We all teach them to be thankful,” she said of her youth.

“You know, there are a lot of people going through tough times,” she said. “They should appreciate what their parents can offer them. Not everyone has that.”