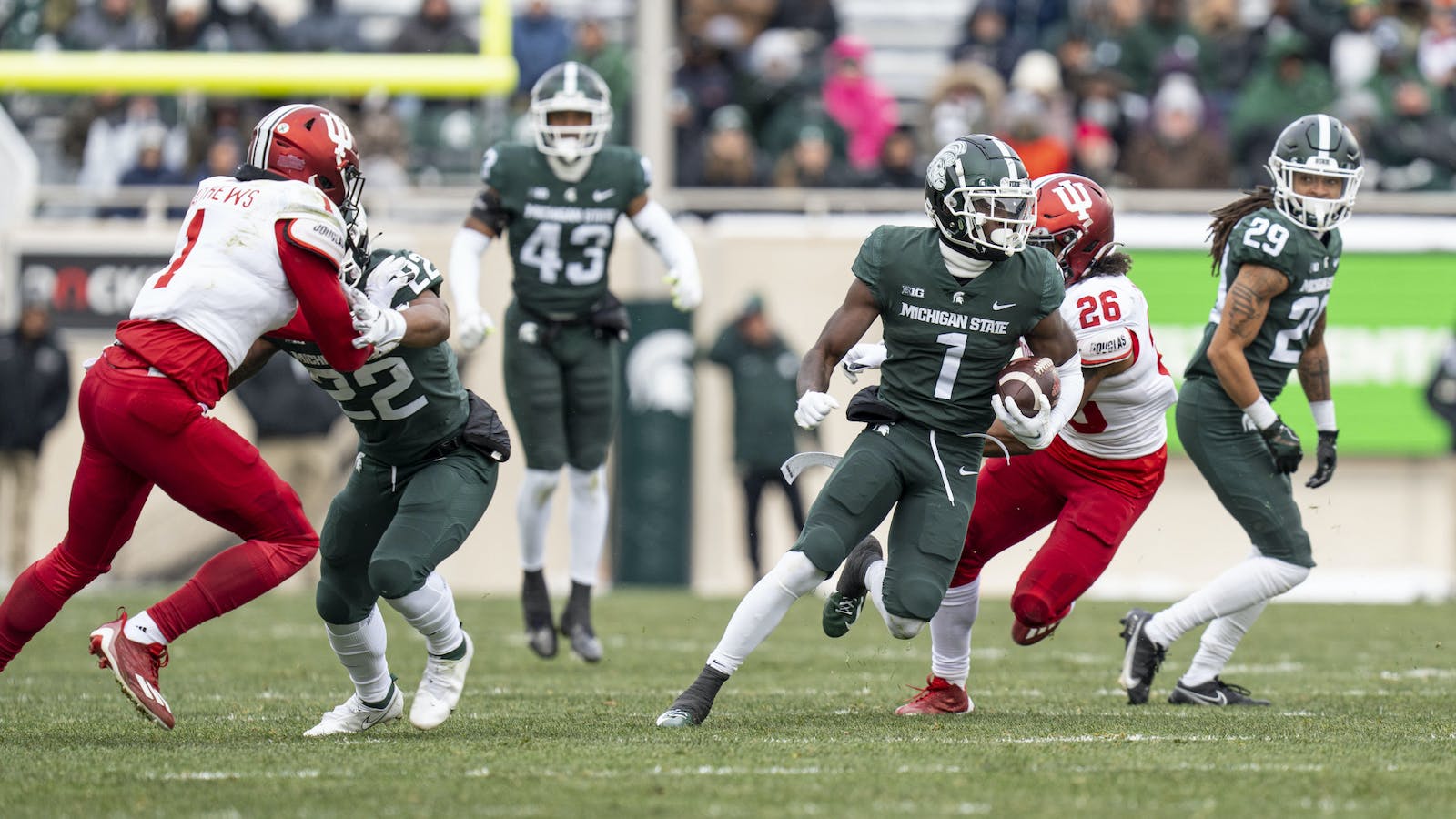 In its final game of the regular season, Michigan State will travel to Happy Valley to face No. 11 Penn State in contention for the Land Grant Trophy and bowl eligibility.

Despite looming bowl eligibility, head coach Mel Tucker wants his players to focus entirely on Saturday’s game and not what the results might mean for the program.

“I don’t think there’s any reason to keep harping on about it (bowl eligibility) because that really speaks to the bottom line,” Tucker said. “What we really need to focus on as a program and as players and coaches is what we need to do every day to prepare for this opportunity.”

Last weekend, the Spartans almost clinched their sixth win of the season with a home game against Indiana. Despite a 24-7 lead at halftime, Michigan State collapsed and the Hoosiers stormed back to earn a 39-31 double win in overtime.

If you look at the numbers, both offense and defense actually both had strong days. MSU’s offense totaled 540 yards in the afternoon, including a staggering 242 rushing yards. For a side that has been fickle offensively throughout the season, such an even performance was a welcome change. Aside from a tipped interception in the third quarter, redshirt junior quarterback Payton Thorne had a decent day.

The defense also showed a solid performance. Indiana threw up just 288 total yards of offense, with just 31 of those yards coming through the air. The glaring problem for the unit was containing explosive plays, especially on the ground, but overall it wasn’t a terrible performance.

Ultimately, however, the Spartans were doomed by a terrible performance by special teams (namely, the field goal unit).

Charges were brought on Wednesday afternoon against seven of the eight players suspended following the Big House tunnel incident a few weeks ago. While it’s not yet clear what Michigan State will do with the players indicted, it’s likely they will miss Saturday’s game against Penn State.

In fact, Michigan State went without pads and scored in practice for the fourth straight week.

“We’re not going to put the shoulder pads on and hit,” Tucker said. “We just can’t afford that at the moment.”

Penn State can’t quite match Ohio State and Michigan in the Big Ten East, but with a 9-2 record, the Nittany Lions are certainly a talented roster.

Penn State ranks 44th in both passing and rushing offense (250.4 and 185, respectively). Leading the charge to this effective ground play were two freshman defenders: Nicholas Singleton and Kaytron Allen. While the two have essentially split carrys so far, Singleton has over 100 yards more than Allen, which also averages a yard more (6.5) per carry.

Penn State’s defense is just as well rounded as their defense. The Front Seven is particularly deadly, ranking 10th nationally in sacks per game (averaging just over three). This unit also features the 21st Rushing Defense.

“They have very talented defenders, some good pass rushers and solid linebackers,” Thorne said. “They’re all pretty much interchangeable.

Although not quite as strong, the secondary is also strong. The unit gives up just over 210 yards per game, good for 48th in the FBS.

“They’re one of the best secondary schools in the country,” Thorne said. “They have good corners that will get in your grill and push you, their safeties are sideline to sideline.”

Additionally, Beaver Stadium is sure to rock on Saturday afternoon. It’s the first time Michigan State has played at Happy Valley with fans in attendance since 2018.

“It’s a crazy environment,” said redshirt sophomore linebacker Cal Haladay. “They always rocked the place. Everything about it is just loud.”

Share and discuss “Preview: Bowl eligibility hangs in the balance as Michigan State takes on Penn State” on social media.