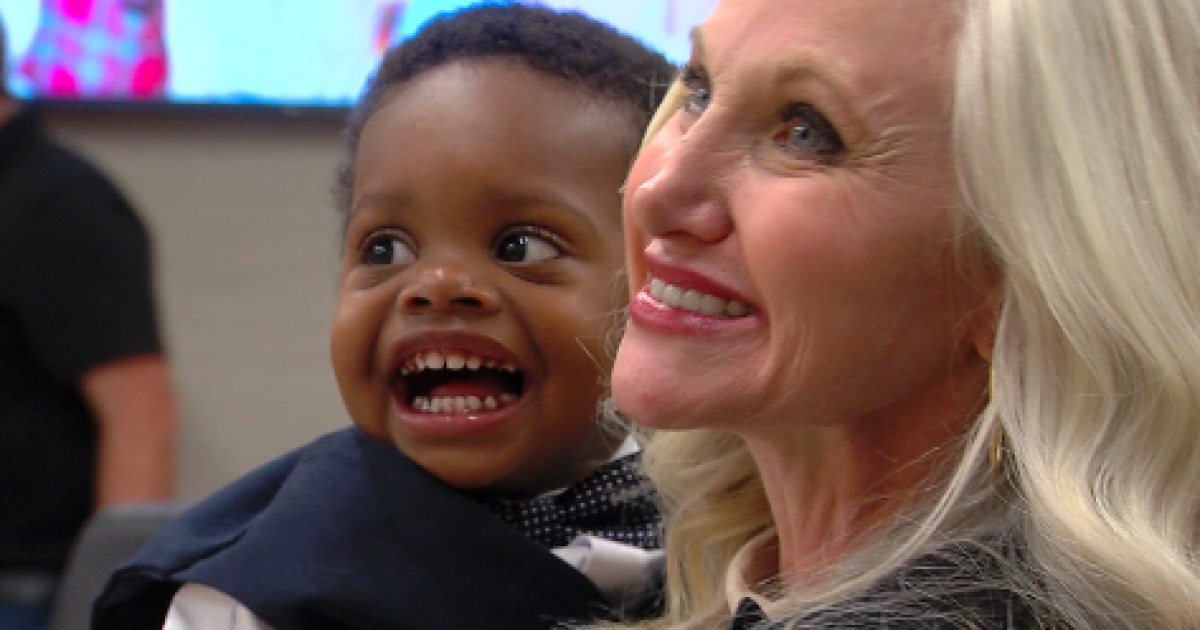 Several got this Friday when a judge made it official for Marion County families.

The courtroom was decorated with balloons, streamers and banners as families, loved ones, case managers and others gathered in the courtroom to watch.

Things got emotional when teenagers and small children had their documents signed by the judge.

For 4-year-old Jeremiah McMallum, it wasn’t his first rodeo.

“I like playing with him,” Jeremiah said. “I think I could love him.”

Ozias and Jeremiah’s parents, Julia and Kevin McCallum, said they felt blessed to call the boys their own.

Kevin said the two were watching TV 4 years ago when they saw there were thousands of Indiana children in the foster care system and felt compelled to help.

“How important it is for children to find a place where they can be loved and supported and have a future for themselves,” said Kevin McCallum.

Julie is no stranger to adoption, having been adopted in Marion County nearly 50 years ago.

“Nearly 50 years ago I was put up for adoption here in Marion County. My biological other said she wanted something more for me, something she couldn’t provide,” she said. “I wanted to give something back. It’s about passing it on and continuing with the blessings I received as a child.

For Judge Rosanne Ang, she said there was something special about reviewing cases.

“Just to be able to say yes, I can tell you yes, that’s going to happen today, it’s an honor,” Ang said. “To be able to say, here are your roots, you can put down roots now and move on with things and don’t worry about things you can’t control.”

The McCallums weren’t the only family in the courtroom on Friday.

The Bookers adopted their two foster daughters, Dazyrae and Maddy.

“It means the world to me. I had no girls, I had all the boys, now the world has blessed these two girls to come into my life,” said Carolyn Booker. “They both came to me broke, I hope what I did for them gave them life.

The couple said today was overwhelming.

“We love her very much and are lucky to have her in our lives,” said Roderick Booker.

After all, it’s not blood that makes a family. It is love.

Firefly, an organization that advocates for children and families, says more than 1,500 children in the state are waiting for adoptive homes.

That doesn’t include the thousands of foster children in the system.

More information about adoption can be found here.