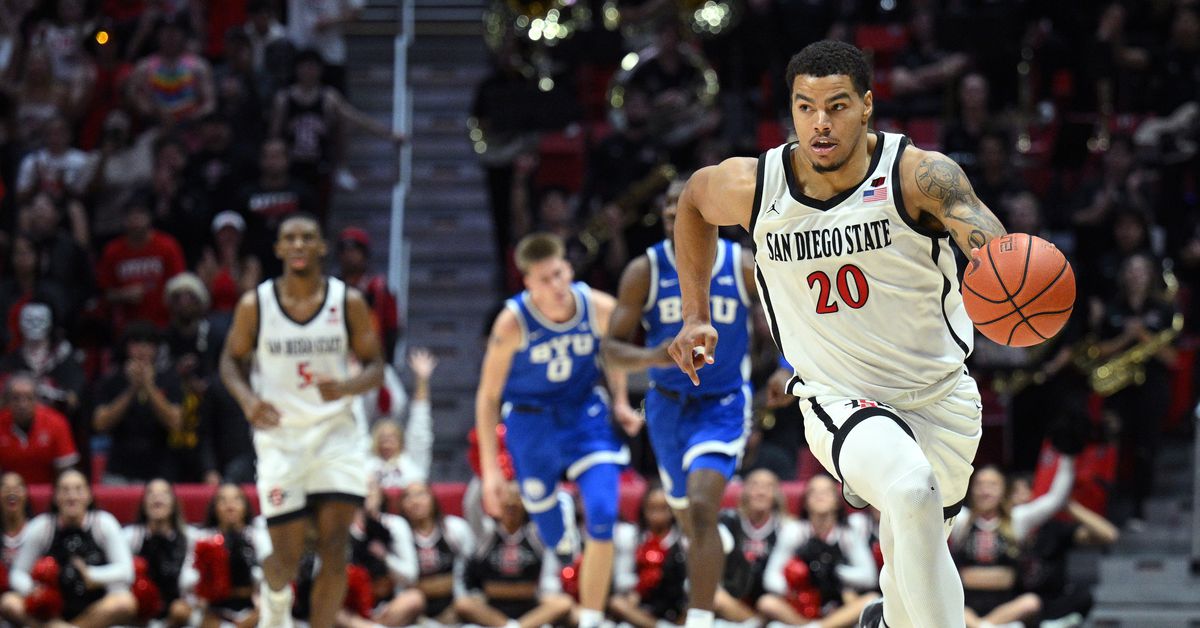 Every day, as members of Ohio State’s men’s basketball program walk from the locker room to the gym, they are reminded of the importance of toughness. It’s not subtle either. Upon exiting the locker room, players walk down a hallway adorned with photos of former Ohio State athletes holding their diplomas and taking down nets – two accomplishments that should be celebrated in equal measure. At the end of this hallway you will come to a staircase that leads up to the practice hall.

At the foot of the stairs, about a dozen steel chains are clamped to the concrete wall. Above these steel chains hangs the sentence “The tougher team makes the rules” in large black letters. That phrase was made a core tenet of his Butler program by former Butler and Boston Celtics head coach Brad Stevens from 2007-2013, and one that Holtmann carried over to Ohio State. Even when no shots are fired, the tougher team wins – the tougher team always has the edge.

And after facing three defeated opponents outside of the nation’s top-300 (and winning all three), Ohio State will face a reality check Monday night when it confronts the Mountain West Conference’s gold standard – the state San Diego – must measure.

The Buckeyes weathered the softest part of their schedule, but they’re quickly wading into the deep end of the pool. Playing against team No. 354 in the country on Wednesday and then playing No. 17 team five days later is one hell of a leap and how the Buckeyes react will be very revealing as we start to learn more about this young team Experienced. Have you ever jumped out of a hot tub and jumped back into the pool? The first shock — that temperature change — will be felt by the Buckeyes against the Aztecs on Monday night at the Lahaina Civic Center.

On Wednesday night, Ohio State head coach Chris Holtmann said the Aztecs “can definitely make the Final Four” and that a meeting with San Diego State would be a “grown men’s clash” and he’s not wrong. The Aztecs are starting a non-senior player – junior guard Lamont Butler. Beside him they begin:

The Aztecs were picked in the preseason media poll to win the Mountain West Conference that year and were also picked to win the MWC in The Field of 68’s Basketball Almanac. They started the season at No. 19 in the AP poll and have since jumped to No. 17 after wins over BYU and Stanford. More importantly, they currently have the No. 9 defense in the country and allow 87.6 points per 100 possessions (or 0.87 points per possession to simplify things). They were the No. 2 defensive tackle in the country last season.

Over the past few seasons, Brian Dutcher’s teams have made a name for themselves and earned a reputation as one of the most physical and aggressive teams in the nation when it comes to defending the ball. They led the Mountain West in steals each of the last two seasons and are averaging over 12 steals per game this year. How will an Ohio State team that is averaging 15 turnovers per game stop the Aztecs from pushing them to 15 or 20 turnovers on Monday night?

“Of course we gave it a lot of thought,” said Holtmann on Wednesday evening. “I think we need to simplify the way we play offensively. Look, I think we’re gonna turn the ball around more than we’ve done in the past. When you have that number of new guys and rookies and a bunch of our rookies handle the ball. And you have Justice back too, but he needs to be more careful with the ball. In this area he has to be better. I think that’s an area where we’ll improve as the year progresses.”

As Holtmann said, as of Wednesday night, chief justice Sueing, six, was the biggest culprit. The sixth grader had six points and five turnovers in the win, his worst performance of the season. Bruce Thornton and Isaac Likekele, the two main ball handlers, each had three turnovers against Eastern Illinois. Overall, Ohio State needs to take better care of basketball, and San Diego State is just the kind of team that will make things miserable for them if they don’t.

But the Buckeyes are currently the No. 42 defense in the country after finishing 111th last year. Sure it was against small teams who got a fat check to fly to Columbus and lose, but still. Ohio State has dominated the glass so far this year, averaging 49 rebounds per game. Zed Key and Felix Okpara were stoppers under the basket, while the likes of Tanner Holden and Roddy Gayle showed some real skill in defending the ball.

On Monday night, the Aztecs will draw a lot of attention as the favorite team, and rightly so. But Ohio State has a golden opportunity to prove whether or not the defense that held eastern Illinois on an impressive 25% shooting and 43 total points Wednesday night is legitimate.

As it says in the stairwell, the tougher team makes the rules. We’ll learn which of these undefeated teams will set the rules on Monday night.