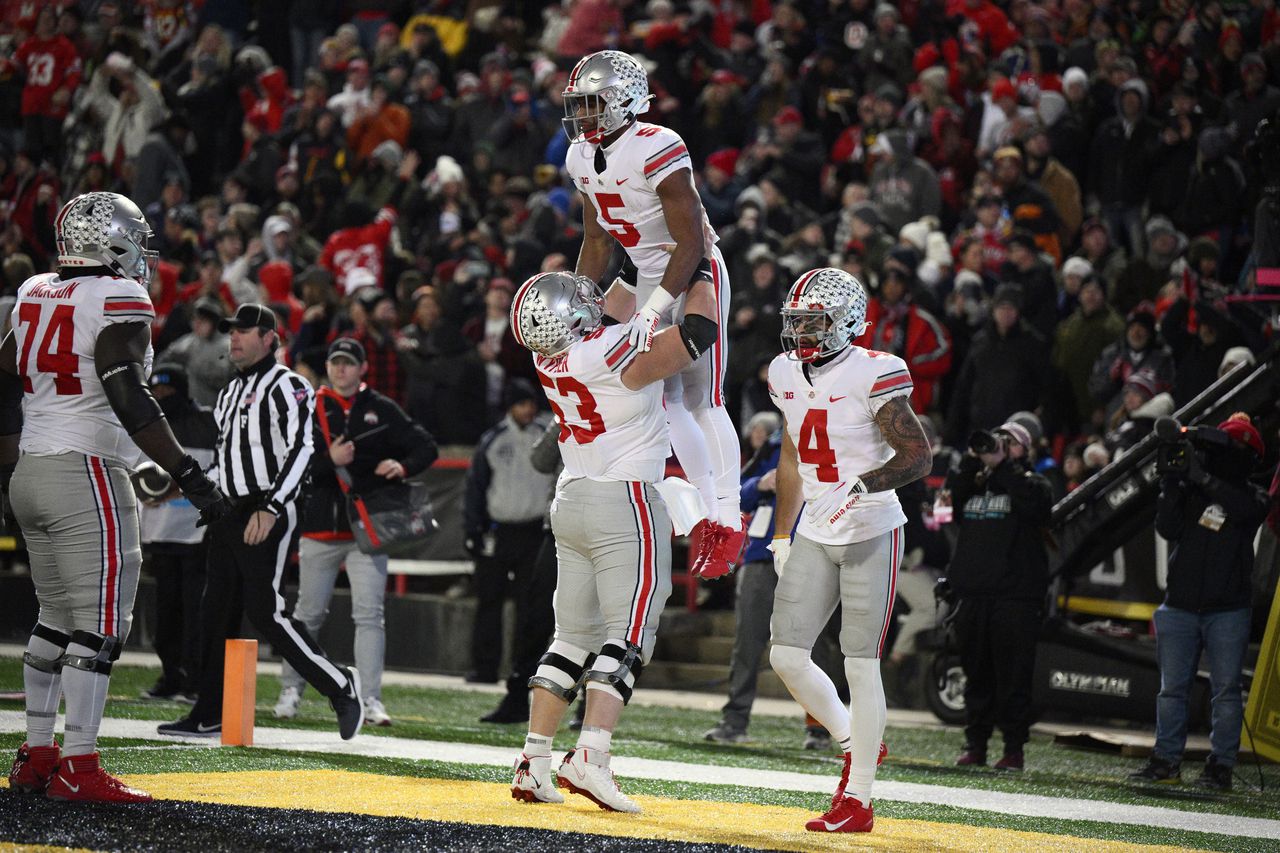 COLUMBUS, Ohio — Dallan Hayden carried once in the first half of Ohio State Football’s 43-30 win over Maryland on Saturday, and it went for 3 yards when he quickly spelled out TreVeyon Henderson.

He then spent the second half replacing the starting running back on his way to a career-high 146 yards and three touchdowns on 27 carries. He becomes the seventh Buckeye — fourth on offense — to receive a weekly Big Ten honor for Freshman of the Week. He shares the honor of freshman of the week with Penn State’s Kaytron Allen.

“All I knew was that when my number was called, I had to be ready,” Hayden said after the game. “They needed me to go in. I felt ready and my teammates were very encouraging. That always helps.”

Running back has been complicated for OSU this season as the space has never been healthy enough to put a full product on the field. It lost Evan Pryor in the preseason and has watched Henderson and Miyan Williams take turns in the unavailability report for weeks.

It’s allowed Hayden to get more snaps than anyone expected he’d get as a true newbie, and he’s made the most of it. As a result, he may have just emerged as the best player for a team hoping for a national title.

Hayden has converted 100 carries for 503 yards and five touchdowns this season, including three 100-yard plays. Williams has four, Henderson has two.

It has yet to be determined if he has Henderson’s explosive play ability or can run through arm tackles fiercely like Williams. But he’s proven a reliable option, never failing to hit holes and creases to pick up the yards needed to keep this offense on schedule. It’s that ability that eventually allowed the Buckeyes’ second-half pass attack to thrive against the Terrapins.

“When I walked in, I honestly didn’t know what to expect, especially since I was a summer semester,” Hayden said. “Usually, with us summer boys, we need time to learn everything. But this summer I completed it, learned the playbook and it helped me.”

Hayden joins Williams, CJ Stroud (three times) and Marvin Harrison Jr. as OSU offensive players to earn Big Ten honors. Tommy Eichenberg and JT Tuimoloau have done so defensively; and Noah Ruggles did this as a specialist. He’s the first Buckeye to receive the freshman honor, which was a constant last season with Henderson, Stroud and backup quarterback Kyle McCord.