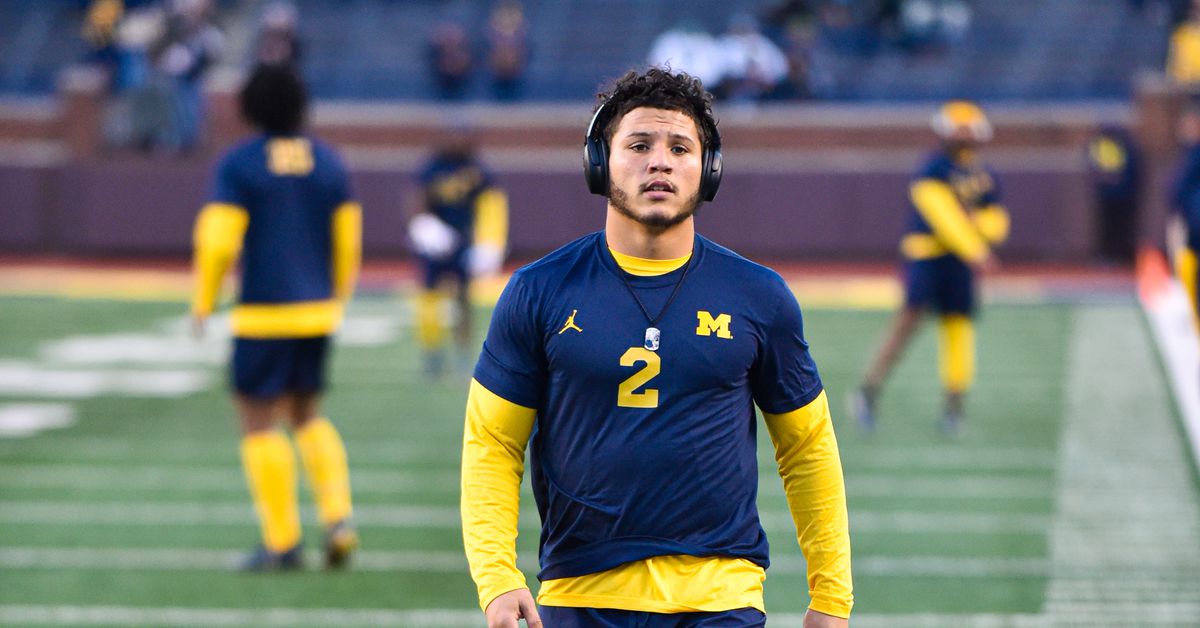 Whole seasons are at stake when the much-anticipated battle between undefeated teams kicks off this weekend in Columbus. College football careers may even officially end depending on bowl bidding, NFL draft prep, health, etc. And unforgettable memories will be made, whether positive or downright devastating. Ohio State and TTUN have it all, which means they (both) have everything to lose, too. The 2022 season – and whether it will ultimately be counted as a success by each program – likely depends on the outcome of this game… The game. Not only will it determine the winner of the Big Ten East, but it will help shape the College Football Playoff and the subsequent hunt for a national championship. Otherwise it should be a friendly little exhibition at The Shoe, right?

The Buckeyes and Wolverines meet at noon (Saturday) in what should absolutely be considered the best rivalry in sports. Yankees Red Sox? Get out. Celtics Lakers? Nothing against the GOAT, Larry Bird, just leave me alone. Because OSU and TTUN first met in 1897 and since then have been involved in the Ten Years’ War, Game of the Century, and now a total of 13 matchups in which both teams have ranked in the top 5 (AP or CFP rankings). That’s it folks. And this season it’s for all the proverbial marbles!

Jim Harbaugh’s squad will roll into enemy territory with an 11-0 record, aided by a surprisingly strong defense and a balanced but bloody offense. Said defense, which suffered losses from second overall pick Aidan Hutchinson, as well as fellow first-rounder Dax Hill and passrusher extraordinaire David Ojabo, has bounced back well, allowing just 11.7 points per game in 2022. Of course, these numbers were bolstered by local high school play in non-con, but a win is a win and a shutout is a shutout. That being said, I was equally impressed with the Wolverines’ strong offense. They average 39.4 PPG and struck a nice balance between their physical ground play and an efficient air attack.

Well, before I start getting a bad feeling in the pit of my stomach for being too flattering to *ichigan’s team, I’d revisit their schedule. The fact is, TTUN faced an awkward trio of opponents early on, and this year’s version of the Big Ten isn’t what it should be. But the wolverines are legit. As does their lead rusher and Doak Walker Award nominee, Blake Corum. This third-year running back has maintained impressive efficiency in a lead role while making his way to the end zone a total of 19 times. As if there were any other option, Corum is the one to go for this week offensive player in mind.

Well, this is written assuming that we actually do See Corum on Saturday. He went down against Illinois with what appeared to be a scary knee injury, only to come back in the second half. However, he only carried the ball once more in a game the Wolverines clearly needed, indicating a lack of perfect health. You don’t wish an injury on anyone – even a bitter rival – so let’s hope Corum’s injury isn’t too serious… However, if he missed that game I honestly can’t say I’d be heartbroken. Sure, there’s the spirit of competition and the desire to beat the other team’s best, but I’m not going to be out there! This is not my personal fight! I want my Buckeyes to win, and when one of CFB’s top runners is watching from the sidelines, so be it.

But seriously, we should all hope for Corum’s long-term prospects. I hope he enjoys a wonderful Christmas and Happy New Year beginning November 27th.

This 5-foot-8 bowling ball was a consensus top 20 RB and four-star recruit from Maryland, where he was also named the state’s 2019 Gatorade Player of the Year. And he actually made less than an official visit to Ohio State two weeks before committing to TTUN, but ultimately chose the Wolverines over a number of other schools and enrolled (early) in January 2020. At the time, Corum was hyped as an explosive, all-purpose RB, and he has since met or exceeded those expectations. However, you may not have believed that he was destined for future honors after a disastrous freshman season.

TTUN have been nothing short of terrible during the pandemic-shortened 2020 season, and Corum has been arguably the least impressive member of their backfield. Yes, he was a true freshman, but he also received the second most RB carries behind Hassan Haskins and averaged just 2.8 yards per. He notched two touchdowns and conceded five receptions for 73 yards, but it takes almost intentional effort to average fewer than three yards per dead. Corum’s passing skills have been the most positive takeaways from an otherwise dismal campaign, but he’s clearly learned from it and improved to eventually unify the two parts of his game in 2021.

As the lightning bolt to Haskins’ thunder last year, Corum averaged a robust 6.6 YPC while nearly surpassing the 1,000-yard milestone as a rusher (952 in 12 games). However, he reached that magic number in total yards with an additional 141 through the air. He did so in 24 receptions, often displaying crisp route-skating skills and soft hands. All in all, it was a hell of a good 2021 season for a sophomore, highlighted by four 100-yard rushing performances and four multi-TD games. It could have gone even better if Corum had stayed healthy throughout. He’s been beaten up on the stretch, totaling just 15 carries in TTUN’s last four games. Even then he was averaging over 14 YPC against OSU and Iowa…yuck.

Corum has returned in 2022 stronger and better than ever, surging for at least 71 yards in each of the Wolverines’ 11 games. And that with a massively reduced workload against inferior opponents. Since playing the Big Ten, he’s hit at least 108 against every conference opponent. He’s also had at least one TD in every game, found paydirt five times against UConn, overran Maryland for a season-high 243 yards, and faced insane volume (averaging 26 carries per game during Big Ten play). By any measure, Corum was one of the best defensemen in college football. Now the Buckeyes are tasked with stopping him and extending their own season — easier said than done.

TTUN’s attack engine can hit you in a variety of ways. He is small, stout, and powerful, with the ability to run over defenders. When he gets to the outside he has more than enough speed to go the distance. And while his pass-catching skills haven’t been shown often in 2022, Corum can and will use a screen or cycle route when needed. He’s the total package. Limiting his effectiveness will be key to a win at Ohio State, but Buckeye Nation better believe their team can pull it off.

Next Saturday, OSU faces their biggest Test of the season, going head-to-head against the best individual player and team they’ve ever faced, with everything at stake. And if you’re reading this and bleeding scarlet and gray, keep your eyes peeled for this upcoming game all year long. So get ready, put some makeup on your face, put on your favorite jersey and let’s all say it together: Go Bucks!