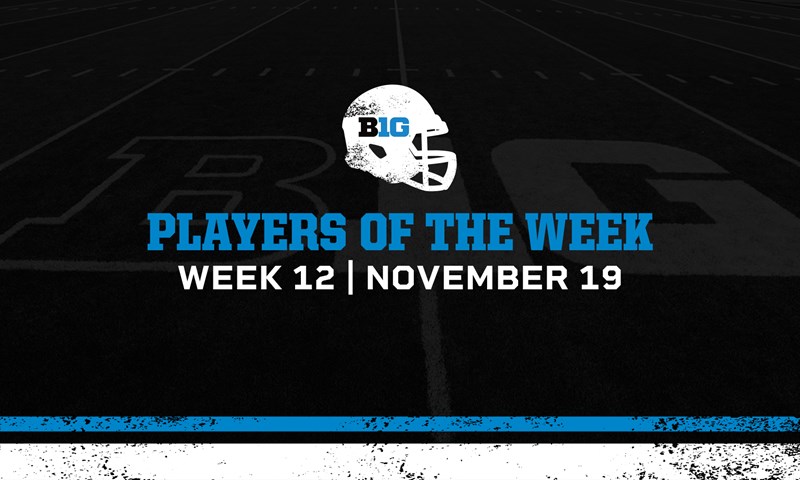 
Following the week 12 competitions, the Big Ten Conference Offensive, Defensive and Special Teams Players of the Week and Co-Freshmen of the Week were announced this morning. This week’s award winners are: