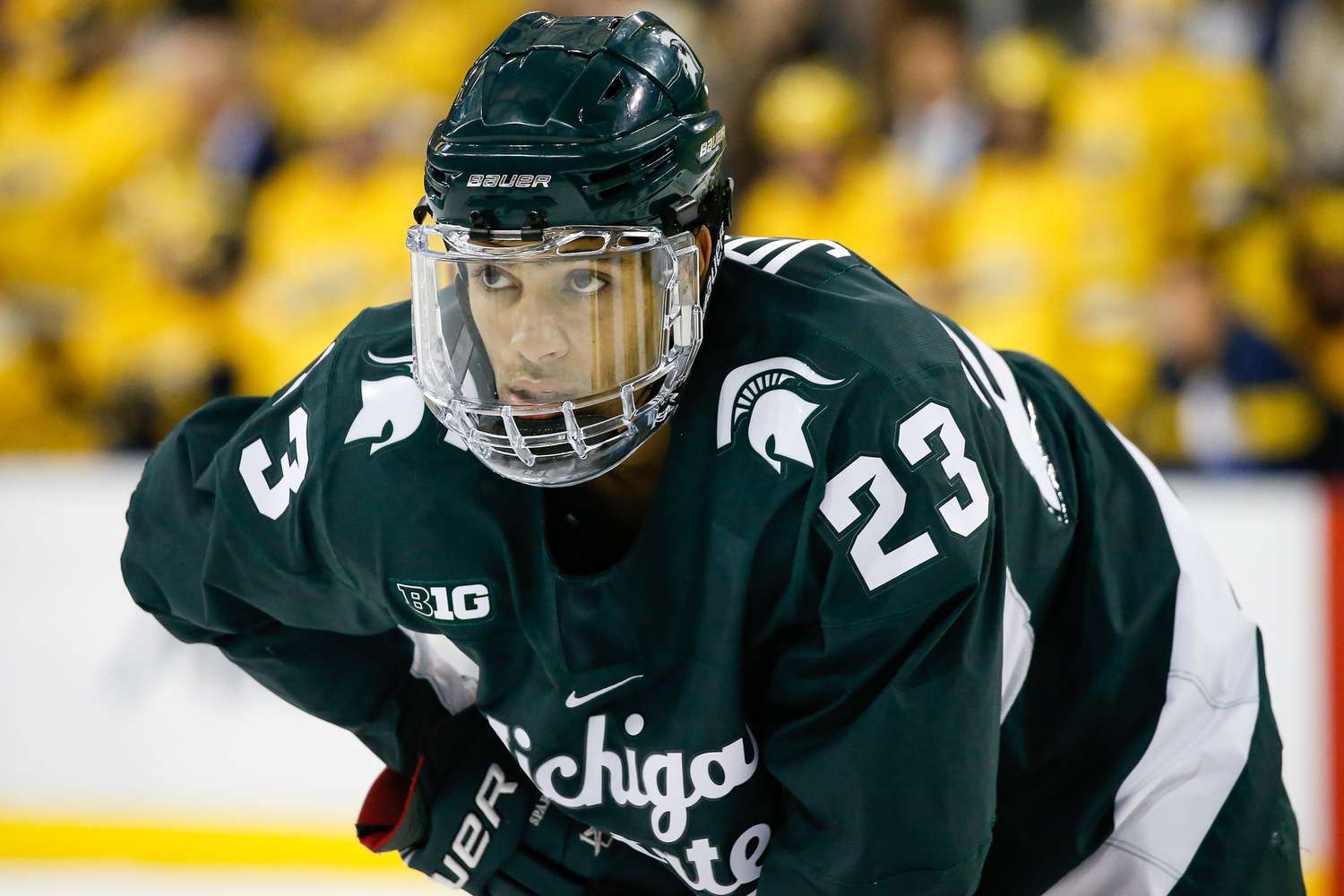 Michigan State forward Jagger Joshua said he was the target of a racial slur during a hockey game against Ohio State earlier this month.

In a tweet on Monday, Joshua made a lengthy comment expression Das claimed one of Ohio State’s players racially abused him “multiple times” during his Nov. 11 game.

“Acts of racism do not belong in hockey as they can prevent African American and minority players like me from playing and loving the game,” Joshua wrote. “Inaction in the face of racist comments and actions perpetuates these behaviors.”

Joshua explained that the player who allegedly said the racial slur was hit with an in-game misconduct penalty during the game and that the Big Ten opened an investigation into the incident. But Joshua said he feels “confused and pessimistic” after not hearing about other actions taken against the player.

“Ignoring racism is not in our game and I feel like I need to make people aware that this incident happened because without acknowledgment the problem is getting worse,” he wrote.

A day later, Ohio State athletic director Gene Smith apologized to Joshua in a statement released on Twitter. Smith also confirmed that forward Kamil Sadlocha had been sent home by the team.

According to CBS Sports, Sadlocha received a 10-minute game penalty in the second half of the game.

“I would like to offer Jagger Joshua my sincerest and heartfelt apologies,” Smith said in the statement. “On behalf of the state of Ohio, I’m so sorry.”

“No student or student-athlete should experience hate or racism, and everyone should feel welcome. I’ve spoken to Michigan State Athletic Director Alan Haller and I’m grateful that Jagger is getting the support he needs,” he added.

Smith said the department had spoken with the team for the past week before sending Sadlocha home.

“I met and will meet with the men’s hockey team soon to discuss our values,” Smith said.

“The team will complete training on racial sensitivity, diversity, equity, inclusion and the use of respectful dialogue. The department and I will support them in this important process,” he continued.

In a statement shared by reporters Todd Milewski On Monday, the Big Ten conference said there was a lack of “indisputable evidence” to impose further disciplinary action.