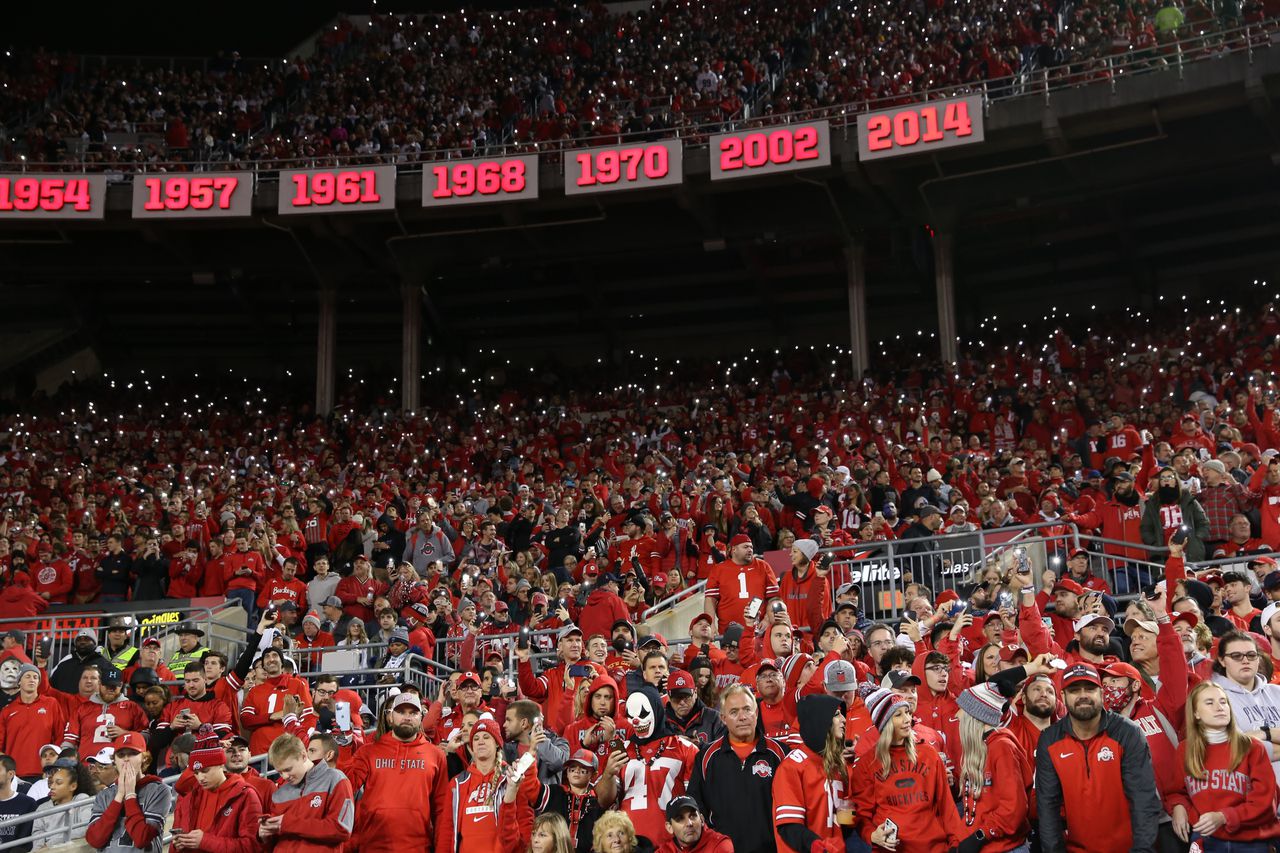 CLEVELAND, Ohio — I survived most of my years at Ohio State University on Skippy peanut butter. If I had an extra dollar or two, I’d buy myself huge jars of Smucker’s jam, but that was about the limit of my extravagance.

Although I lived six neighborhoods in the silhouette of the red-brick Ohio Stadium, I couldn’t afford to go to football games there. But I knew people with dormitories in the stadium, and they smuggled me into the “Horseshoe”.

They didn’t do it as often as I would have liked.

Even today nobody needs to tell me that I stood on one of the most sacred grasses of all. The Buckeyes of the Woody Hayes era were powerhouses. In the 1950s, 60s and 70s they rolled over opponents. Well, I wasn’t an OSU student when Woody was amassing national championships, but how can I regret it?

I can not; I will not. Because I’m excited for the fact that I got to enjoy what Ohio Stadium, celebrating its 100th anniversary this football season, meant to Buckeye fans.

i am one of them

I know, I know… anyone who went to college with an elite football history sees their stadium as a monument of greatness – places of insane success and insane disappointment.

Ask any Wolverine fanatic about Michigan Stadium, and they’ll start a monologue that won’t stop until Christmas – or until they win another national title.

Ohio Stadium is mine.

For most of my life and most of its history, Ohio Stadium spoke to me, and his voice sounded like James Earl Jones, whose deep, rich baritone rang in my ear.

I feel blessed to have the buckeyes covered. I sat in the huge press box at the Horseshoe for dozens of games, nervously rummaging through it that they were going to win. These games spin through my mind like they’re in a Vitamix, churning out and often wrong with what I’ve seen.

I vividly remember tailgating in the parking lots around Ohio Stadium. I also remember gulping down buds at the nearby Holiday Inn, which served as dorm room bookends, poking out over the open end of the shoe.

What I remember most about Ohio Stadium were the games I played there when the turf gave way to artificial turf. I could almost hear my name echoing from above as I mimicked the stars racing their way to the glory of the grate.

I’m sure even smaller, pedestrian-only stadiums without Ohio Stadium’s football traditions will bring tears to the eyes of their graduates—men and women with memories that mirror mine.

Memories of Woody, of Warfield, of Kern, of Griffin, of the Bosa brothers, of Bentley, of Jones, of Fields…

Justice B. Hill grew up and still resides in the city’s East Side. He practiced journalism for more than 25 years before teaching at Ohio University. He quit on May 15, 2019 to write and travel the world. He does both.