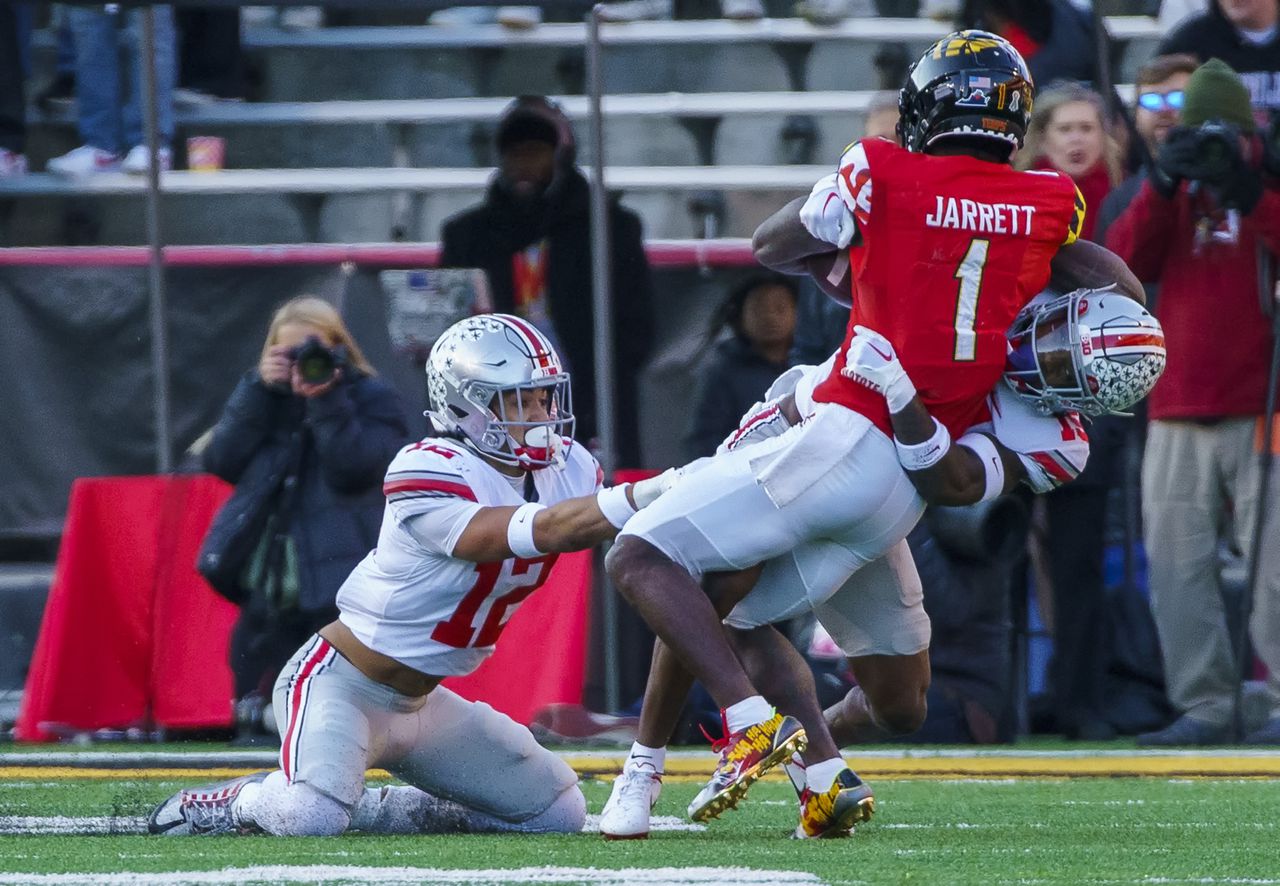 1. When OSU desperately needed a game-changing defensive play, they got one against the Terrapins. Should that be more important than the disappointments that Maryland used to almost create an upset?

Ohio State conceded 402 yards to Maryland — one more when it won. That included two 70-yard touchdown drives in the second half where a stop could have been a momentum turner. The second of those required just five games and cut OSU’s lead to 27-21 early in the fourth quarter.

The Terrapins hit all five possessions in the red zone, and quarterback Taulia Tagovailoa threw for 293 yards. Ohio State coach Ryan Day said the quarterback he once recruited “has exhausted his heart.”

On the other hand, OSU limited Maryland’s running game to 2.7 yards per carry. That number is low because OSU has sacked Tagovailoa five times (bringing his total to 17 over the last three games).

When the Buckeyes needed single large pieces, they found them.

In the opening second-half series, Lathan Ransom made an open-field tackle on the first down to keep Roman Hemby at 6 yards. On the second down, he brought down CJ Dippre on the flats for an 8-yard loss. Because of this, the Terrapins poked around in fourth place and Ransom was able to block his second punt in two weeks and set up an OSU touchdown.

Tommy Eichenberg’s tackle for the loss of Tagovailoa in Maryland’s third series of the second half forced another punt. Both Ransom and Zach Harrison commented after the game that Eichenmberg was playing through two recent hand injuries.

When Maryland had the ball back, he lost six with a last-gasp opportunity. Harrison broke through. He picked up his second sack of the season on Tagovailla and then came back to him. The ball broke loose, Steele Chambers recaptured it and ran it into the end zone, and OSU ended with a more comfortable lead.

Maryland wanted to distribute the ball among its various receivers. Michigan lives on the floor. Assuming one of Blake Corum or Donovan Edwards is healthy, the Wolverines should show them.

Ohio State’s defense hasn’t dominated Maryland, but they’ve done the other things they’ve done well this season — made adjustments and thrived from playmakers in the back six. It has to do both Saturdays to beat Michigan.

2. In a game separated by three points in the final minutes, a three-point swing on a game stands out. Maryland’s point-after-block and successful return effectively turned over three points in a game OSU couldn’t afford to give one away.

The first error came when a game delay pushed OSU back five yards after originally planning to play two points with a 33-21 lead and 12:36. When he went for the free-kick instead, OSU just didn’t set up properly and covered the full-back.

“It was a mistake that we cannot allow,” Day said. “… In that situation we wanted the duel to come over. We didn’t flip the tackle so we had a short edge that blocked. So the guy deducted three points from us.

“After that I was very angry. When these things happen, suddenly a bad situation can quickly arise – and it almost happened. But I give credit to our boys. They kept fighting and refused to lose.”

3. Noah Ruggles has no more than four games to go in his collegiate career to score his first career 50-yard field goal. His ability to reliably beat home tries from the 40-49 range may have been overlooked. After two games without a field goal attempt, he went 3-on-3 against Maryland, connecting from 47 and 45 yards. Both came in the second half when it seemed like OSU needed every point they could get.