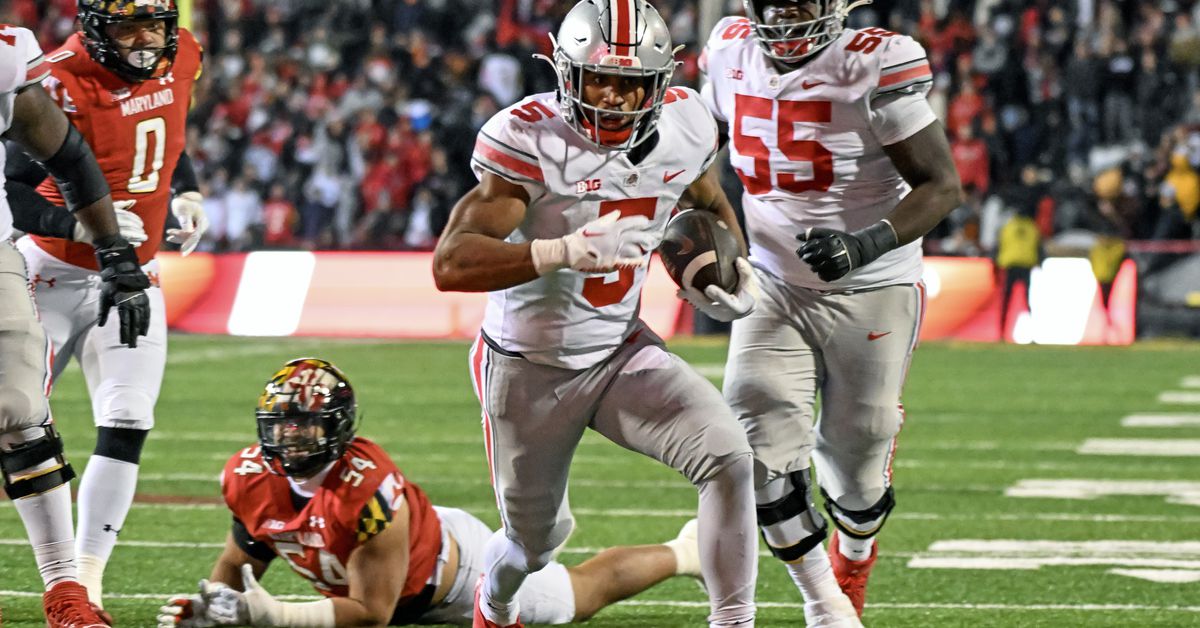 State of Ohio Fans live in extremes, good or bad. As they say, we have no cold. So I’m going to voice those passionate opinions by going through my totally level headed, not at all over the top, 100% unbiased takeaways from Saturday’s win against the Maryland Terrapins.

Dallan Hayden must be the starting running back against TTUN

I had many reactions to yesterday’s game, some more irrational and over than others, but I’ll just focus on the two most important for today’s column, first and foremost, I love TreVeyon Henderson and Miyan Williams. I think the former is one of the most talented defenders to come to Columbus in decades. I think he showed elements of Maurice Clarett, Ezekiel Elliott and JK Dobbins wrapped in an explosive package.

Well, I say that with no malice towards any of these immensely talented defenders, but they shouldn’t be playing in The Game this weekend, or at least not starting. True freshman Dallan Hayden, viewed by many as an afterthought in the 2022 recruit class, has proven he deserves the opportunity not to carry the ball 100% in crunch time with Henderson and Williams.

I understand why Ryan Day is phasing out his top 2 backs even though they’re not entirely healthy; They’re really good ball carriers, they’re experienced, they’re tough and they’ve undoubtedly done everything they needed to do during the week to get back onto the field, which is the gap between a battered Trey or Chop and a healthy Dallan not only clearly closed, but the full-strength Hayden is now clearly the best option to run back while the two ahead of him on the depth chart are still recovering.

This becomes even more important on Saturday when Corn and Blue come to town. The Harboys have the No. 2 rush defense in the country, allowing just 79.55 yards per game. Now, I don’t expect Hayden to run against them for 150 or anything, but having the best possible option from the backfield will allow the Buckeyes to keep the Skunk Bear defense on their toes.

I think based on what we saw against Maryland there is no reason to think Henderson will be 100% by Saturday and if I had any reason to think that Williams would be back after the injury he suffered against Indiana on crutches, maybe I’d be hoping for one of their returns, but I can’t foresee a situation where either of them are healed enough to be better than Hayden this weekend, or, honestly said, in time for the Big Ten championship game, OSU should survive the game.

Not only is Dallan Hayden the next man, he’s earned the right and responsibility to be Ohio State running back against their rival and I believe he’s giving the Buckeyes their best shot at winning…me just hope ryan day agrees.

I don’t care about anything else from the Maryland game, it’s Beat Michigan Week

What happened in College Park and the first 11 weeks of the season overall doesn’t matter anymore because it’s Beat Michigan Week. That is the only thing that matters this week; Hell, for a lot of people, that’s the only thing that matters all year long. It’s quite clear that it’s been the most important thing for the Ohio State football team since they lost a year ago.

So while there were other things to irrationally overreact to from the Maryland game (both starting linebackers playing with broken hands, Zach Harrison ending the game with back-to-back sacks, more drops from Julian Fleming, continued play-calling issues, why can’t they get the game in to avoid game lag?), I’m over it; I make a conscious decision to disconnect from all thoughts of this game. It’s time to focus on making Woody Hayes proud and beating That Team Up North.