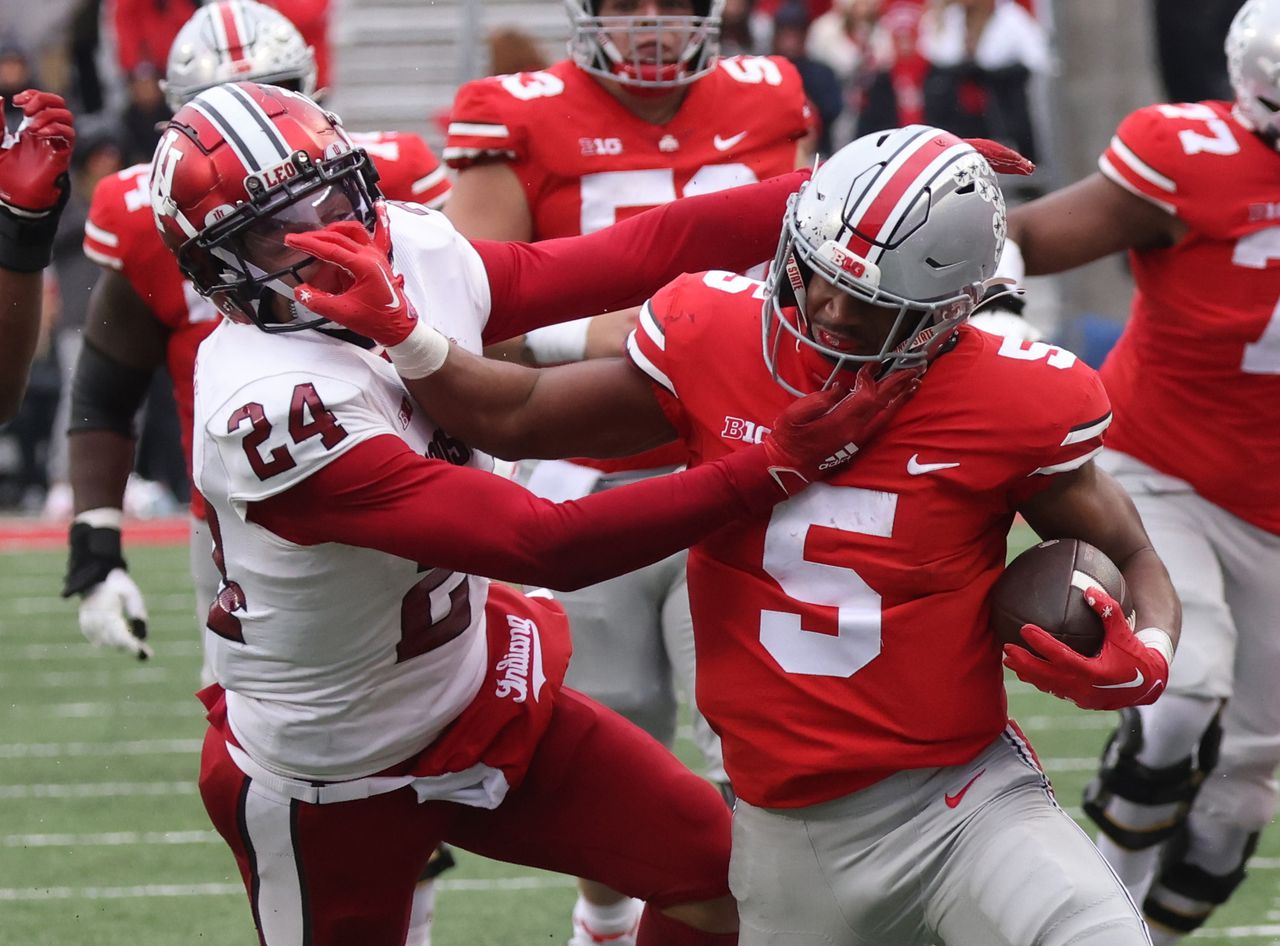 COLLEGE PARK, Md. — Dallan Hayden was Ohio State Football’s running back to start the second half of Saturday’s game in Maryland.

Who will be the Buckeyes’ go-to back against Michigan next week? Between hurt and ineffectiveness, this answer hangs in the air.

TreVeyon Henderson returned from a two-game absence to start Saturday. However, he only rushed for 19 yards on 11 carries. He also seemed to worsen his foot injury towards the end of the first half.

Hayden was the backlog on OSU’s first offensive series. It started in the red zone, after Lathan Ransom’s punt block and Xavier Johnson’s recovery at the Maryland 14. Hayden rushed for an 8-yard touchdown in the second game of the series and went to an inside lane to give OSU a 17–13 lead.

Ohio State carried 13 times for 28 yards in the first half. At a third and 2, usually a situation where coach Ryan Day has prioritized proving OSU can run the ball effectively, the Buckeyes instead went from an empty backcourt. CJ Stroud’s pass to Emeka Egbuka was incomplete, and OSU poked half of their six drives in the first half.

Henderson stood on the sidelines with his helmet on, but Hayden was on the field in OSU’s second series. Henderson returned for a snap, but Hayden dealt with running back duties in the second half.