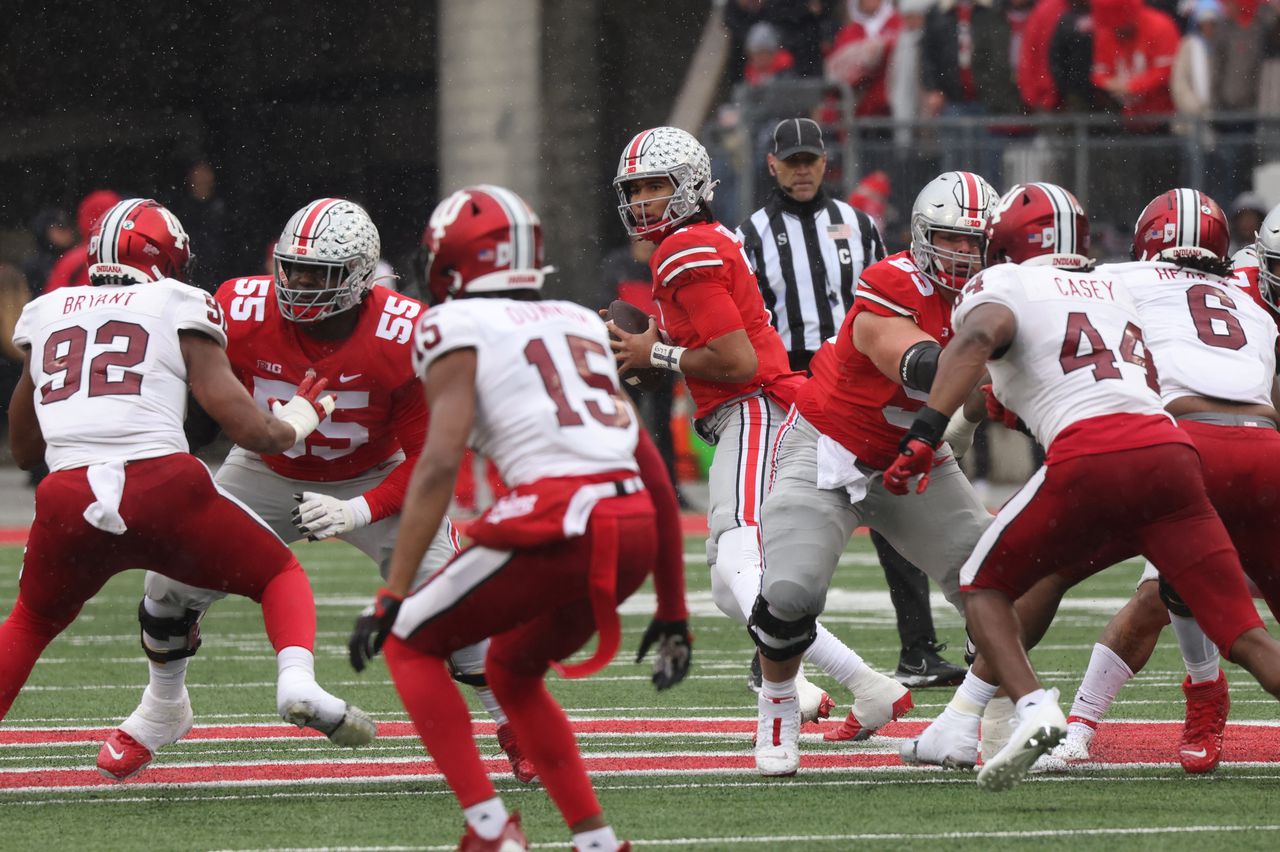 COLUMBUS, Ohio — No. 2 Ohio State wraps up its road segment of the 2022 regular season Saturday with a trip to Maryland. Here’s everything you need to know before kickoff.

Info about the series: This is the eighth meeting between the two schools. Ohio State has won the last seven, including a 66-17 win at Columbus last year.

Catch up on the latest news from the state of Ohio

* Our staff have submitted their point predictions for Saturday.

* Ryan Day said on his radio show Thursday that he “hopes” but doesn’t “expect” Jaxon Smith-Njigba to play again this season.

* Nathan discussed whether this year’s episode of The Game could be the biggest yet in the latest issue of Hey, Nathan.

* Stephen looked at how the defense could have a sack party Saturday in Maryland.

* Stephen discussed whether freshman running back Dallan Hayden could do for this year’s team what Cardale Jones did for the 2014 team.

* Nathan wrote about if there’s a chance Ohio State could take the No. 1 College Football Playoff ranking without a Georgia look.

Saturday’s trip to Maryland is Ohio State’s final game before the much-anticipated showdown with Michigan in Columbus. Our staff previewed the matchup against the Terrapins on the latest episode of Buckeye Talk.

They’ve also provided a quick barrage of lyrics questions on numerous topics, including whether Marvin Harrison Jr. could be a Heisman Trophy contender and the status of Jaxon Smith-Njigba.

If you’ve never heard Buckeye Talk, try it now. Subscribe to Buckeye Talk on any of these podcast platforms or wherever you listen to podcasts.

* The Washington Post’s Emily Giambalvo addressed a solution to the football team’s attendance problems that isn’t as simple as it sounds.

* Inside MD Sports’ Wesley Brown wrote about the Terrapins trying to avoid hitting the panic button despite their recent slump.

The schedule for Saturday

Illinois at No. 3 Michigan, noon, ABC