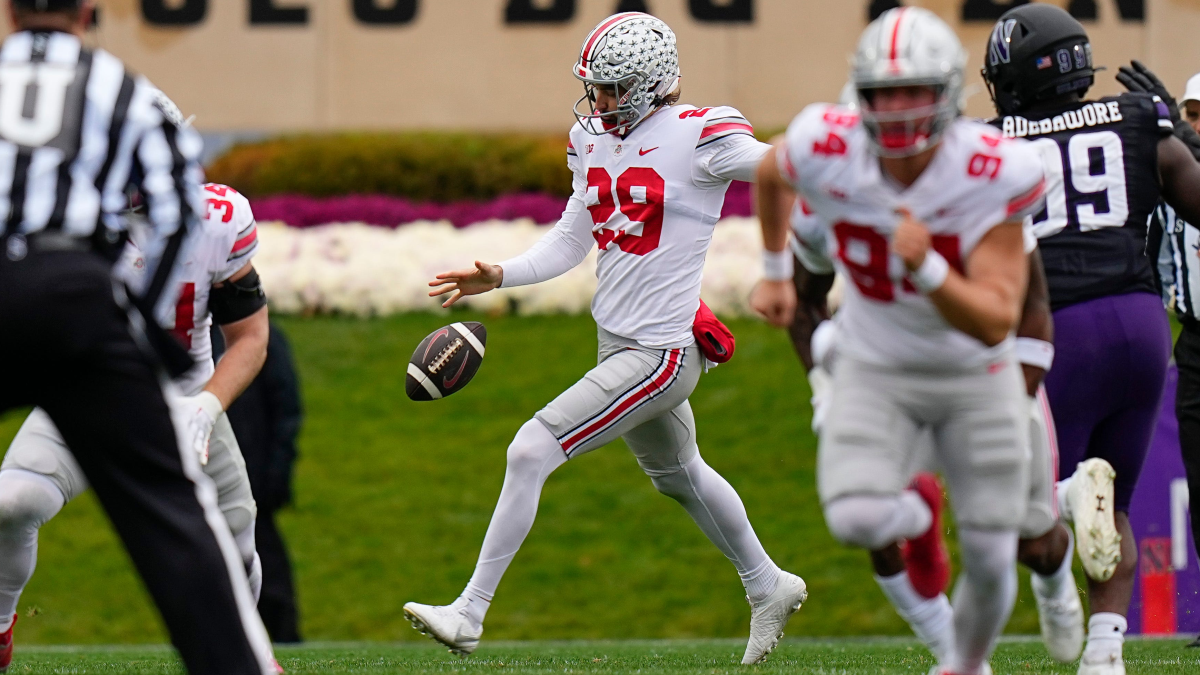 Mirco, a sophomore from Fremantle, Australia, has punted 39 times this season for an average of 45.5 yards, including a 77-yarder all season in the 21-7 win at Northwestern on Nov. 5. Eleven of his punts went for 50 yards or more while 19 were put down inside the 20-yard line.

Mirco is also on a rush this season when he made a fake punt 22 yards of his own accord in the 49-10 win over Rutgers on Oct. 1, sparking a heated exchange of blows between the Buckeyes head coach ryan day and head coach of the Scarlet Knights Gregor Schiano.

Mirco aims to become only the second Buckeye to win the award – which is named after the former Mississippi State and Oakland Raiders punter Ray Guywho passed away earlier this month at the age of 72 – joining the former weatherman BJ Sander in 2003.

Three finalists will be named on November 29, while the winner will be announced during the ESPN Home Depot College Football Awards show on December 8. Former player Cameron Johnstonwho hails from the same program as Mirco (Prokick Australia), was Ohio State’s youngest finalist in 2016.