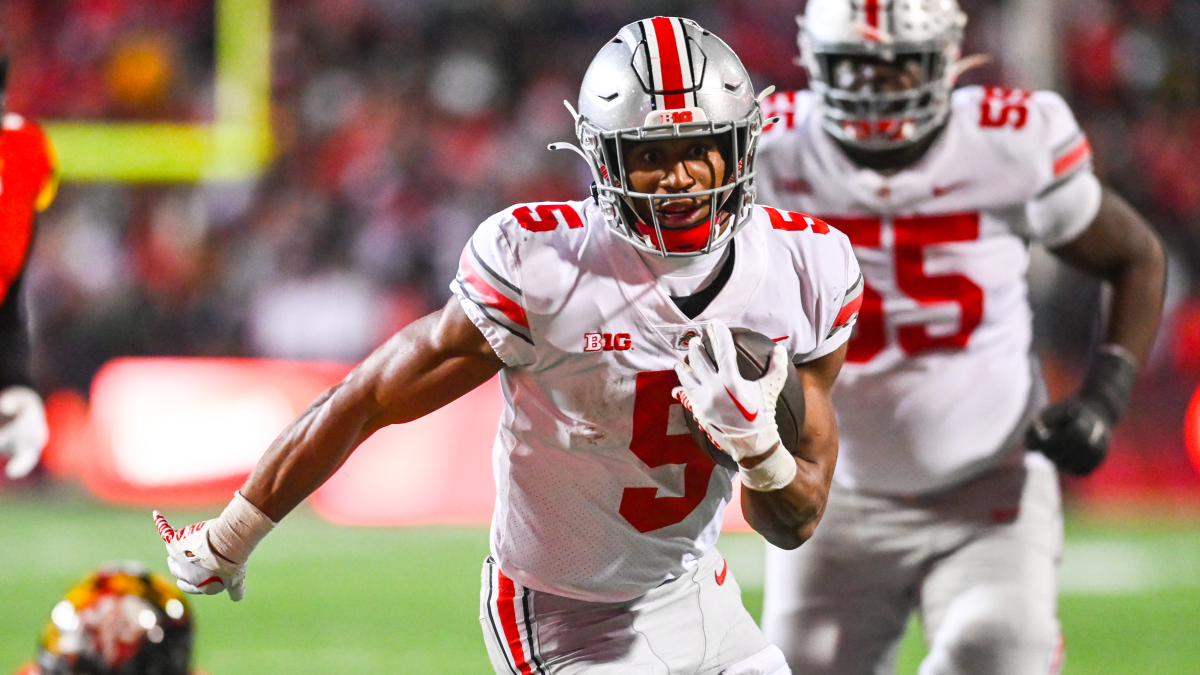 Ohio State is running backwards Dallas Hayden was named the Big Ten’s co-freshman of the week for his performance in Saturday’s 43-40 win in Maryland, sharing the honor with Penn State running back Kaytron Allen.

Hayden rushed for a career-high 146 yards and three touchdowns on 27 carries Miyan Williams not available and TreVeyon Henderson injured in the second quarter.

“When you give someone this football, you give them the whole team,” said the head coach ryan day said after the game. We talk about that a lot, so we trusted Dallan to do it.

“He had a few spots this year but this was great. I think getting this game under his belt will give him some confidence.”

Hayden wasn’t expected to play a huge role as a true freshman, but with Williams and Henderson in and out of the lineup and Evan Pryor Things obviously changed after he suffered a knee injury at season-ending fall camp.

He has now carried the ball 100 times this season for 503 yards and five touchdowns and could very well have a significant role in this week’s game against third-ranked Michigan even if Williams and Henderson are available.

Hayden is the first Ohio State player to be named the conference’s freshman of the week since Stroud broke the school record seven times on his way to freshman of the year last season.

He is also the first Buckeye running back to earn that honor since Henderson rushed for 277 yards and three touchdowns in a 41-20 win over Tulsa on Sept. 18, 2021.

Last season’s loss to Michigan was “not easy” for Ohio State.