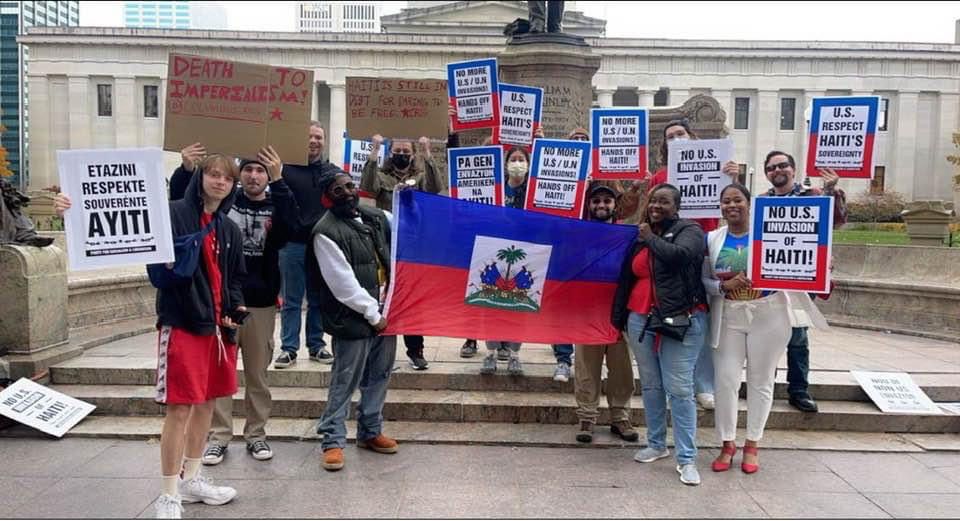 “Our focus is on the Haitian people,” she said. “Our goal is to make sure they’re empowered when they come here.”

Janvier was born in Haiti but said she has not been able to return since leaving.

“Every time, you know, we’re planning a trip, there’s just something going on,” Janvier said. “Either there will be a kidnapping. It’s either shootings, it’s gas issues, just all kinds of safety or insecurity issues.

Janvier said that concern was growing again and that the nation was now facing a humanitarian crisis.

“There’s a lot of chaos going on, you know, in general, a lot of families are being displaced,” she said. “You know, many families have been separated because of persecution or problems that the country is facing.”

A cholera epidemic, gang violence, inflation and a lack of resources prompt a number of residents to flee the island.

“I encounter families who have fled persecution either out of fear for their lives or out of insecurity, or perhaps are fundamentally unable to make a living because they cannot afford to live,” said Janvier. “The lifestyle in Haiti right now because, I mean, [the] the costs increase. There is no work.”

Janvier said Haiti has had infrastructure problems in the past but added that the assassination of its President Jovenel Moïse in 2021 exacerbated the problems.

While Janvier said something needs to change, she is also suspicious of foreign intervention.

“At this point, you know, leave it to the competent leaders in Haiti and give them a chance to make the right decisions for the country,” Janvier said.

She said she would prefer countries like the United States to help asylum seekers upon their arrival.

“As other nationalities have been granted refugee status, that’s one of the things we’re looking for [from] You know, Ohio State and Ohio State leaders, that’s one of the things we’re asking for,” Janvier said. “So if we’re standing out there in front of the polling station and protesting, we’re protesting for it. We demand the same kind of treatment for the Haitian people.”

Dealing with an influx of clients from Haiti, Janvier said she’s happy to help her people with any relocation assistance they may need.