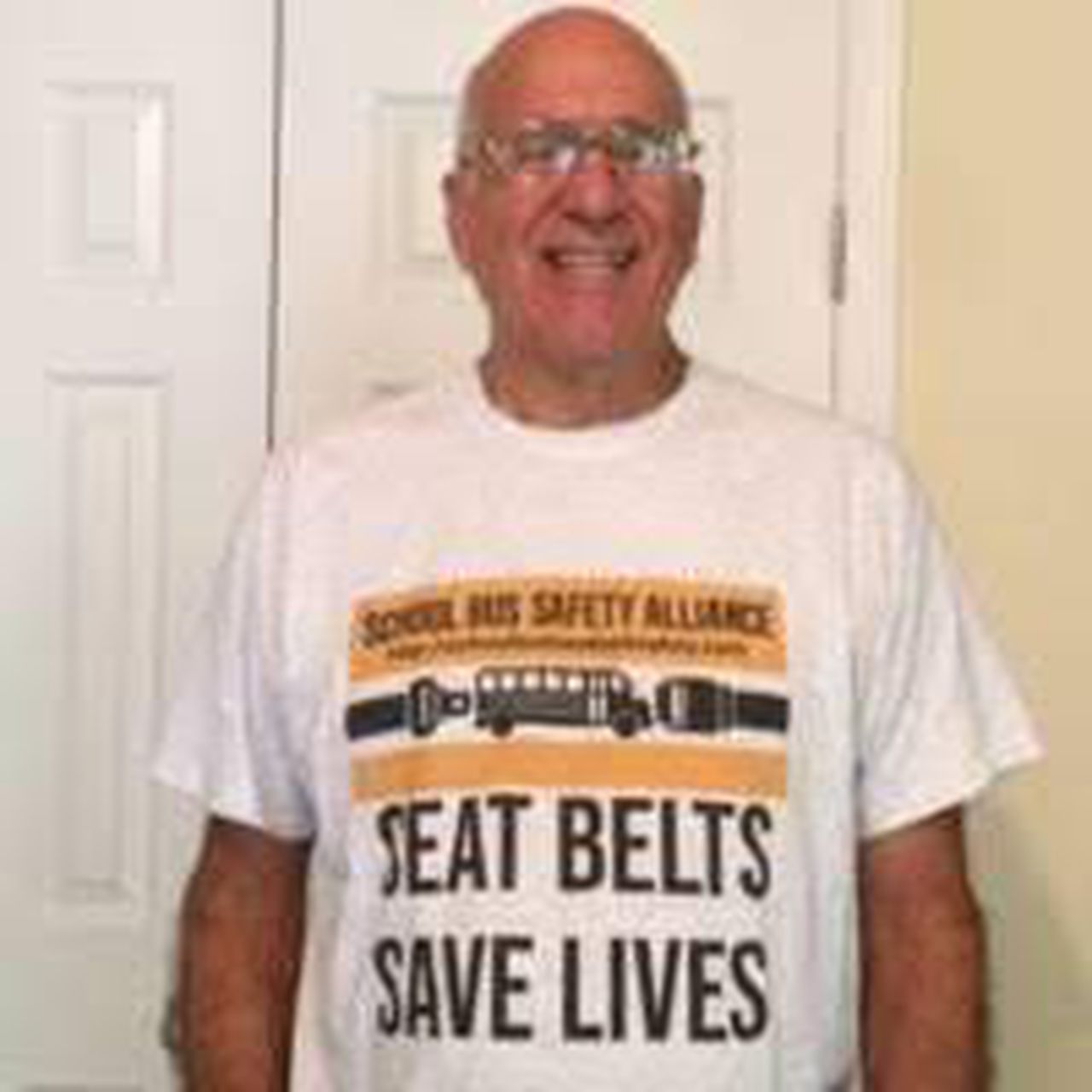 AVON LAKE, Ohio – Sometimes persistence really pays off. Rudy Breglia, Ph.D. of Avon Lake, has been campaigning for his personal school bus seat belt campaign for years. It looks like his hard volunteer work is finally paying off.

Breglia released an announcement: “The Ohio PTA Board recently issued its authoritative and comprehensive position statement on ‘School Bus Seat Belt Support,’ and has joined the National PTA, which has long (since 1998) supported school bus seat belts for all school districts.”

The announcement came from news released by the Ohio PTA Board in Columbus. The organization has a slogan on its website with a photo of its headquarters that says, “An amazing place that gets things done!”

Breglia is as happy as only a tenacious volunteer could be.

“Through its actions, the Ohio PTA has demonstrated that its primary concern is the safety of children. It is my hope that school districts will now follow the Ohio PTA’s recommendation. and help me achieve my six-year-old goal of providing every student with the best life-saving protection available and not relying on old, incomplete approaches to safety.”

The following is a summary of the Ohio PTA’s review of the issue, which includes Breglia’s success in convincing schools in Avon Lake, Beachwood and Hudson to install seat belts on their school buses:

· A chronological account of the US problem of seat belts on school buses.

· The long-standing recommendations of federal agencies (NTSB & NHTSA) and other organizations on seat belts.

· The proven effectiveness of seat belts in improving safety and behavior.

· The obligation to wear seat belts on school buses in nine states, many cities and numerous school districts.

· Statistics on child deaths and injuries in the US and annual data on school bus accidents in Ohio and the inadequacy of current school bus safety measures.

· Increased risk for school districts without seat belts on their school buses from unlimited compensation payments for school bus-related deaths and injuries.

Breglia noted, “This direct action by the Ohio PTA will undoubtedly mark a game changer in school bus safety in Ohio, serve as a model for improved school bus safety in other states, and prevent injuries and save the lives of children. An example of a multi-vehicle school bus accident occurred recently in Avon Lake that could have been catastrophic.”

Excited about the Ohio PTA news, he added, “Furthermore, the need for seat belts to protect children on school buses was recognized even by Judge Jeanine Pirro on the Oct. 27 television show ‘The Five.'”