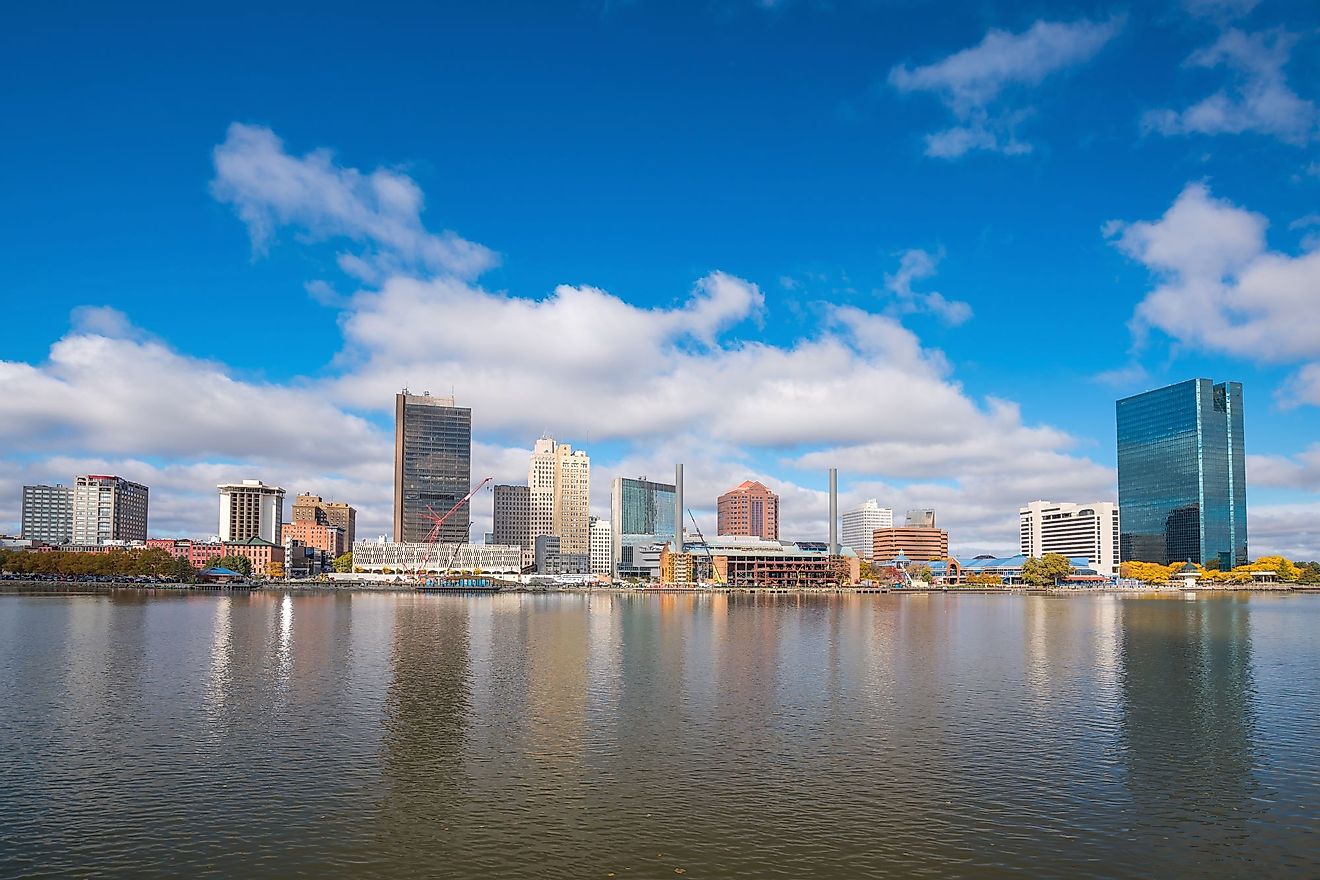 Toledo is a large city in Lucas County in northwestern Ohio. With a population of 275,116, Toledo is the fourth largest city in the state and the 79th largest city in the country. It is also the leading city of the Toledo metropolitan area and a major commercial center of the American Midwest. Toledo is home to several attractions, including a world-class art museum, symphony orchestra, opera, vibrant jazz society, and numerous theaters. nicknames of “Glass City”, Toledo is home to a variety of major companies including Libbey-Owens-Ford, Libbey Glass, Owens-Corning Fiberglass, Owens-Illinois and the Jeep Corporation. Due to the city’s proximity to Lake Erie, shipping is another important sector, and each year over 2,000 American and foreign ships call at this major Midwest port city.

Geography and climate of Toledo

Toledo is located at the mouth of the Maumee River on the southern tip of Maumee Bay, which serves as Lake Erie’s westernmost bay. The town’s other nickname, “Frog Town”, alludes to its location north of the Great Black Swamp. Toledo is approximately 89 km southwest of Detroit and 300 miles from Toronto. Toledo covers a total area of ​​217.12 km², of which 208.46 km² is land and 8.66 km² is water.

According to the Koppen climate classification, Toledo experiences a humid continental climate with warm, humid summers and cold, snowy winters. In late spring and fall, the region’s climate is moderated slightly by Lake Erie. However, this effect is greatly reduced during the winter season. July is the warmest month with average temperatures between 24.1°C and 32°C. January is the coldest month of the year with average temperatures between -2.5°C and -18°C. The city receives an average of 94 cm of snow per year.

The area was part of a larger territory ruled by the Council of Three Fires and the traditional Wyandot tribes (Ojibwe, Potawatomi and Odawa). By 1680 the French had set up trading posts nearby to take advantage of the lucrative fur trade. The French urged the Odawa to abandon Manitoulin Island and the Bruce Peninsula and establish a trading post at Fort Detroit, about 60 miles to the north. They established a region that reached northwest Ohio. Most of the Maumee River’s course from its mouth was occupied by the Odawa by the early 18th century. They acted as liaisons between French settlers and tribes to the west and north.

The Shawnee and Lenape lived in the southern regions while the Wyandot lived in central Ohio. As Toledo prepared to pave its streets, “two prehistoric semi-circular building activities, perhaps for palisades”, have been interviewed. On the right bank of the Maumee River, one was at the intersection of Fassett and Fort Streets, the other at the intersection of Clayton and Oliver Streets on the south bank of Swan Creek. This type of earthwork was common among mound builders.

The population and economy of Toledo

According to the most recent US census, Toledo has a population of 275,116 residents with an average age of 35.4 years. The largest racial groups in Toledo include non-Hispanic white at 58.1%, African American at 26.9%, two or more races at 41.8%, Hispanic at 3.66%, and other races at 2.6% %. Toledo’s economy currently employs approximately 123,000 people. The largest industries in Toledo include healthcare and social care with 20,760 employees; manufacturing industry with 20,053 employees; and retail with 15,567 employees. Some of Toledo’s largest universities are the University of Toledo, Mercy College of Ohio and Athena Career Academy.

The Toledo Botanical Garden is the only botanical garden in the region that is open to the public free of charge. The garden features several different gardens some of which are the green garden, herb garden, perennial garden, pioneer garden and many more. There are sculptures scattered about the place.

The museum was founded in 1901 by neighborhood glassmaker Edward Drummond Libbey and moved to its current location in 1912. The Greek Renaissance building that houses it was expanded in the 1920s and 1930s. Though its collection of glass artworks from the 19th and 20th centuries is renowned, it also houses pieces by American, European, Greek, Japanese, Renaissance and Roman artists. The Peristyle, a music venue in the east wing of the museum, hosts performances by the Toledo Symphony Orchestra. There is also a sculpture garden.

The Works Progress Administration built several of the zoo’s original historic buildings, many of which are still in use today. The Arctic Encounter, Cheetah Valley, Kingdom of the Apes and Tiger Terrace are just a few of the zoo’s attractions.