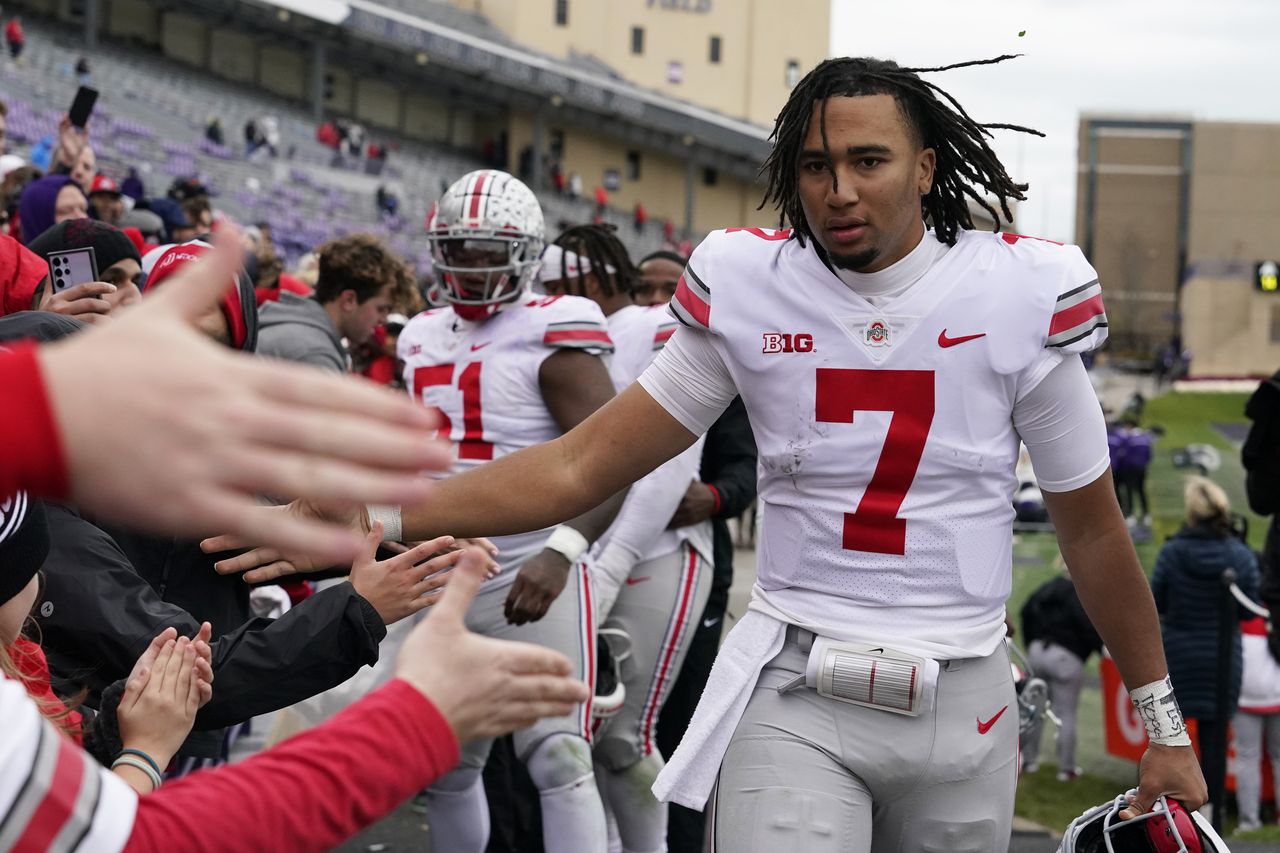 COLUMBUS, Ohio — One of the first major kickoff events for Michigan Week on the Ohio State campus is when the OSU marching band comes to the Woody Hayes Athletic Center and meets the soccer team.

It’s a moment where the players have fun and sometimes even direct the band.

This year it was CJ Stroud’s turn to conduct the band as they played “Fight the Team”. Watch the video to see if Stroud’s conducting skills can match his football talents.

On Sunday night, the team welcomes the band and gets a private concert, as well as a chance to try out some instruments and march onto the field.

Doug Lesmerises wrote about the event last year when the uninvolved Lloyd McFarquar was managing the band.