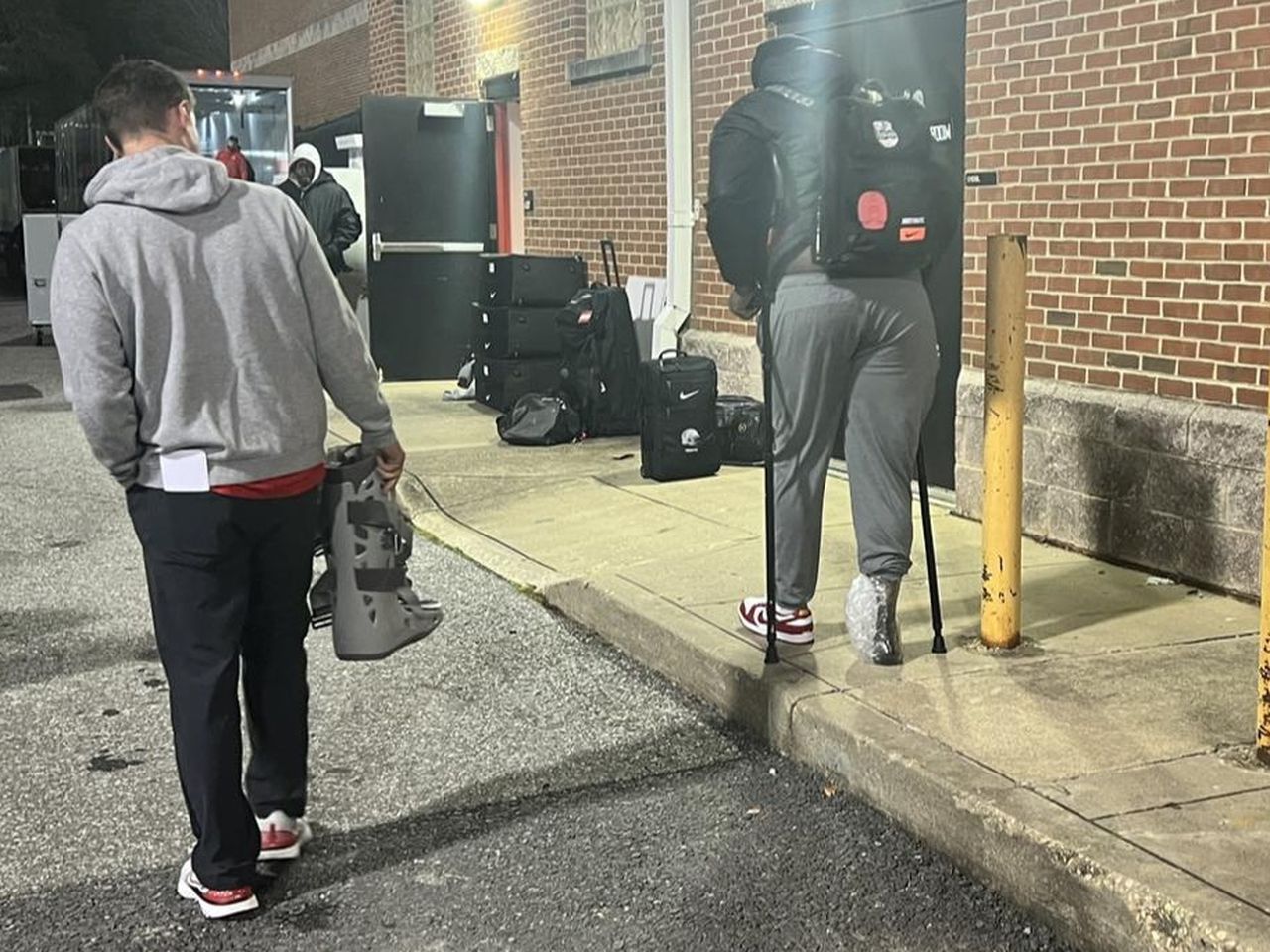 COLLEGE PARK, Md. — Ohio State soccer coach Ryan Day didn’t know immediately after Saturday’s 43-30 win in Maryland if he would have his starting offense intact next week against Michigan.

Right-back Matt Jones suffered an apparent foot or lower leg injury in Saturday’s fourth quarter. He left the game and didn’t return. After the game, his right foot and lower leg were heavily wrapped in ice and the senior walked on crutches.

Day said in his post-game press conference that Jones was “rolled up,” but he hadn’t had a chance to open up about his status.

Enokk Vimahi, an experienced reserve, replaced Jones for the remainder of the game. Josh Fryar, who started at right tackle in place of Dawand Jones against Indiana a week earlier, also has some experience as a guard.

Jones was OSU’s sixth offensive lineman last season and made frequent substitutions for Thayer Munford and others. He was drafted as a starter last spring and has started all 11 games so far this season.